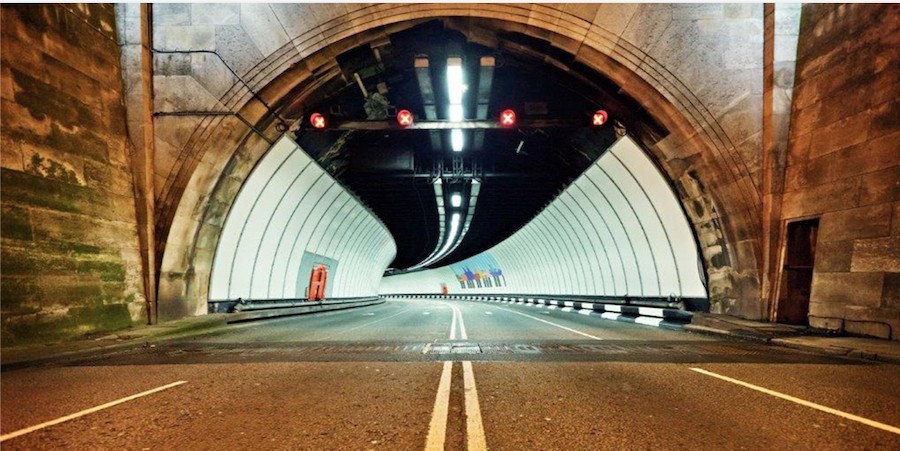 Editor’s note: this is an April Fools Day column and is intended to be satire.

Starting this year permits from the Santa Monica Planning Department will require a  new additional fee called “Travel Demand Forecasting Model” This has come not a moment too soon, as the model projects that the neighborhood of Sunset Park will reach complete traffic paralysis by the year 2023 because of the 521 new units at Lincoln and Ocean Park Blvd. At that time, evening traffic, having already gridlocked all the streets, will start to overload all the possible alleys via Waze and that entire quarter of the City will freeze in traffic rigor mortis. This is due to the approximately 2 mile barrier along our southern border formed by the Airport and Penmar Park, so that there are only 3 undersized outlets for southbound traffic: Lincoln Blvd, 23rd Street/Walgrove and Bundy/Centinela.

Fortunately the traffic wizards of the Mobility Department, tired of being labeled the Tranquility Department because of the 24/7 City wide gridlock,  are implementing a brilliant solution, which is to drill a mile long tunnel under the airport. This tunnel will start at the base of the hill at the intersection of Walgrove and Airport Avenue, and drilling straight north, will daylight  at the east edge of Virginia Park at the intersection of Cloverfield Blvd and Kansas. There will be signals at each end allowing the two reversible lanes to be north bound in the morning and south bound in the evening.

This added capacity will not only keep traffic out of Sunset Park but also alleviate traffic along 23rd Street, Bundy and Lincoln, all streets now at a virtual functional collapse.  At the north end, tunnel  traffic can feed  Cloverfield, Pico and the 10 Freeway while at the south end it can feed Rose, Beethoven  or Venice Blvd via Walgrove. The City of Los Angeles, having been promised the closure of the airport, has already agreed to optimize Walgrove by removing allowed parking on the east side of Walgrove in the morning (7-9am) and on the west side in the evening (4-7pm). These parking changes will expedite flow and prevent enormous lines at the tunnel exit.

There will be three ventilation shafts along the one mile tunnel: at the Northwest corner of the runway, and at the eastern “T” legs of the two alleys north of the intersections of Pearl and Cloverfield and north of Ocean Park and Cloverfield. Finally construction  staging will be done at the west end of the runway, now that it is shortened, while the excavation spoils will be used to raise the parking lot north of the Pier (in preparation for the Olympic Volleyball venue in 2028) and to build a curving vehicle ramp west of the Life Guard Station Headquarters to allow emergency vehicles and periodic deliveries to go from Seaside Terrace up to the  vacated pier parking lot (with a traffic light at Ocean Front Walk).  These seaside improvements will defend our greatest tourist asset, the Pier, and our most vulnerable transportation  asset, the Mc Clure tunnel, from inevitable sea level rise and avoid the need for another vehicle bridge at the south edge of the pier when the main existing pier bridge is being remade for pedestrian use only.

Projected to take 4 years to complete (three and one half  years of community meetings followed by 6 months of EIR bidding and construction): it will cost about $70 million or half the cost of the recent City Hall Annex. While value engineering is still in process, the City may consider making the  tunnel car sized only, with trucks busses etc still using 23rd Street.   The clever City manager, D. Wite, has already persuaded Elon Tusk to loan the City his boring equipment used for his experimental tunnel in Hawthorne.  In that case we will have two smaller tunnels instead of one larger tunnel. Finally to reduce operating costs, the tunnel(s) will have continuously projected advertisements on the interior side of the tunnel(s) that are synchronized to the speed of individual cars like they have in the Shanghai subways.

This being Santa Monica, everybody has an opinion. Well known community activists have already weighed in. Z. Josephson says “I can’t believe it took the City this long to figure this out”,  while J. Roobin says he “Loves it: and now with this beautiful tunnel, Santa Monica will finally have a world class airport like Van Nuys  not to mention LAX who all have cool tunnels”. And of course organizations have also been throwing up red flags. The ecologists want to make sure the water that the drilling may tap into, will be available for the landscape of the public park projected after the airport’s vacancy. The bicycle lobby wants the ventilation fans only on  the east side of the tunnel to suck the riders uphill but not impede their down hill speed. The Santa Monica Conservancy has objected because the tunnel would disturb the natural setting of the Omni Directional Antenna (ODA), that round navigation aid at the southwest end of the runway. The Conservancy wanted this ODA to be their next Landmark that would be the bookend to their already Landmarked beacon at the other end of the runway. Then the Sierra Club has indicated concern  because the tunnel will disturb the coyotes that live at the end of the runway and are the only natural way to control the rampant raccoons, that with their prehensile hands, are responsible for Santa Monica’s crime increase. Finally the City Council is debating if Sunset Park gets this benefit, what will the other districts want?

Sometimes the solution to the most complicated problems are right below our feet. Happy April Fools Day.

An earlier version of this  article appeared in April 1, 2019