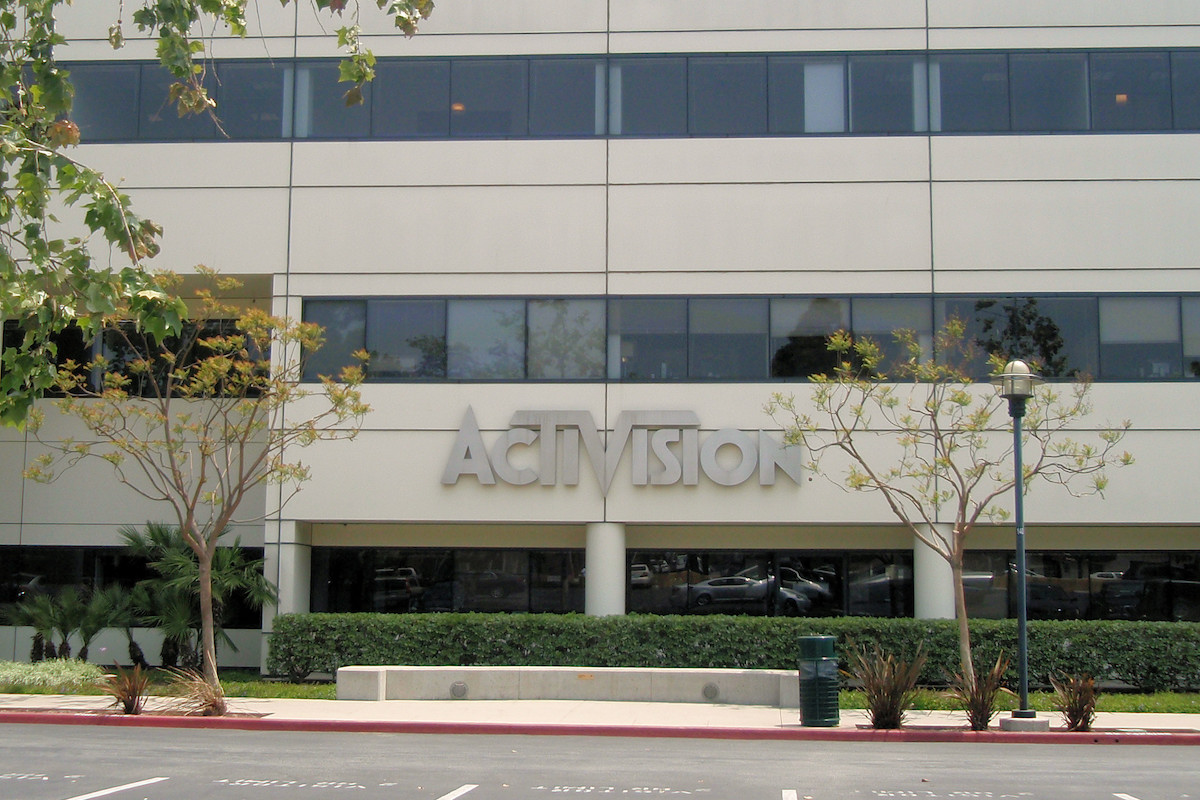 Over 100 Activision Blizzard employees staged a walkout over the company’s decision to end its vaccine mandate at their Santa Monica headquarters, as reported by the Los Angeles Times.

On Thursday, April 4 the company rescinded its vaccine mandate. Activision Blizzard is the studio that created “Call of Duty” and “World of Warcraft” game franchises. Employees at the Santa Monica office, 3100 Ocean Park Boulevard,  took unpaid walkout time to participate in the protest. Others joined a Zoom call that was a virtual protest and still others chimed in on their social media accounts against the policy changes.

Brian Bulatao, Chief Administrative Officer, sent an announcement to employees via email that stated employees would no longer have to prove that they were up to date on their COVID-19 vaccinations to be able to work in the Activision Blizzard office. That email was subsequently shared by employees on social media sites like Twitter.

In the email, Bulatao referenced the fact that many other indoor venues and corporations have updated their vaccination policies and that Activision Blizzard believes that it is“important to align our site protocols with local guidance,” as quoted by the Los Angeles Times.

Since the Supreme Court reversed President Biden’s vaccine or testing rule in January for businesses that have over 100 employees, corporations like Adidas, Intel and Starbucks have lifted their vaccine requirements. A bill in the California State Assembly that would have preserved the vaccine mandate in the state was effectively quashed in late March.

Companies that were some of the earliest to adopt vaccination mandates like United Airlines have also dropped the vaccine requirements and are bringing furloughed employees who refused to be vaccinated back to work.

Senior software engineer for Battle.net and online products Ada-Claire Cripps said that Activision Blizzard’s announcement “came as a shock to everybody,” and that “I don’t want to have to go into a workplace where I don’t know who I can trust to not get me sick,” as quoted by the Los Angeles Times. Cripps feels especially reluctant to come back to the office since she has an at-risk spouse in addition to the company’s move to rescind the vaccine mandate.

Cripps added that she and other workers were disappointed by the company’s expectation that all employees would be expected to return to the office unless they secured an exemption. She added that “We’ve been able to do our jobs without needing to be physically present in the office, so this idea that we do need to be there, it seems a little unfounded.”

We spoke to an Activision Blizzard spokesperson and they provided us with an email statement which said, “The health and safety of our employees is at the absolute forefront of everything we do, including our return to office policy. While Activision Blizzard’s U.S. vaccine mandate has been lifted, for the majority of our employees, we are still operating under a voluntary return to office opportunity. In addition, employees who are not comfortable returning to the office are encouraged to work with their manager and our HR team to explore options for working arrangements that suit their individual situations. We will continue to monitor conditions and make adjustments to the policy as needed.”

Employees of the company are dissatisfied by the company’s stance and feel that the rules about who will be required to return to the workplace seem confusing.

A senior systems designer at the Blizzard Albany office Andrew Carl said that the remote office exemption policy requirements seem “onerous and doesn’t seem to be applied equally.” Carl gave examples that quality assurance department employees were told that they could not continue to work remotely and that other workers were told that they would need to provide Blizzard with a medical condition diagnosed by their doctor to be able to keep their remote work status as quoted by the Los Angeles Times.

The employee walkout was organized by the group A Better ABK which is a worker’s group that organizes employees when necessary. The group also presented a list of demands to Activision Blizzard, namely that the company rescind the decision to abolish the vaccine mandate, allow workers to work from home permanently and to give workers the choice to work from home rather than have the company make that decision.

Bulatao did send an additional email clarification of the policy that stated that each division at Activision Blizzard would make the decision about whether or not to require vaccinations as a term of employment even though the corporate policy had been lifted. According to a company spokesperson, quoted by the Los Angeles Times, the Louisiana, Minnesota and Texas quality assurance departments and the Blizzard office in Irvine still mandate vaccination at their locations.

Cripps succinctly stated the employee position and said, “What we want to do is make sure everybody is as safe as possible and further be protected by vaccination and testing.” as quoted by the Los Angeles Times.

Workers at Activision Blizzard have been staging walkouts quite frequently over the past year since news broke of accusations of sexual discrimation and misconduct. Employees wanted to have Chief Executive Bobby Kotick fired over reports that he was aware of multiple sexual misconduct accusations but did not report them to the Board of Directors. Another walkout was staged by employees in support of the lay off of a number of quality assurance employees at Raven Software, an affiliate studio in Wisconsin.

Communication Workers of America (CWA) spokesperson Beth Allen said, as quoted by the Los Angeles Times, “There have been multiple walkouts at Activision in the past year due to management’s refusal to put the safety and protection of its workers over profits. We believe all workers should have a voice in important health and safety issues, especially during the pandemic.” The union has been helping Activision Blizzard employees organize and protest policies and actions that the employees feel are unfair at the company.