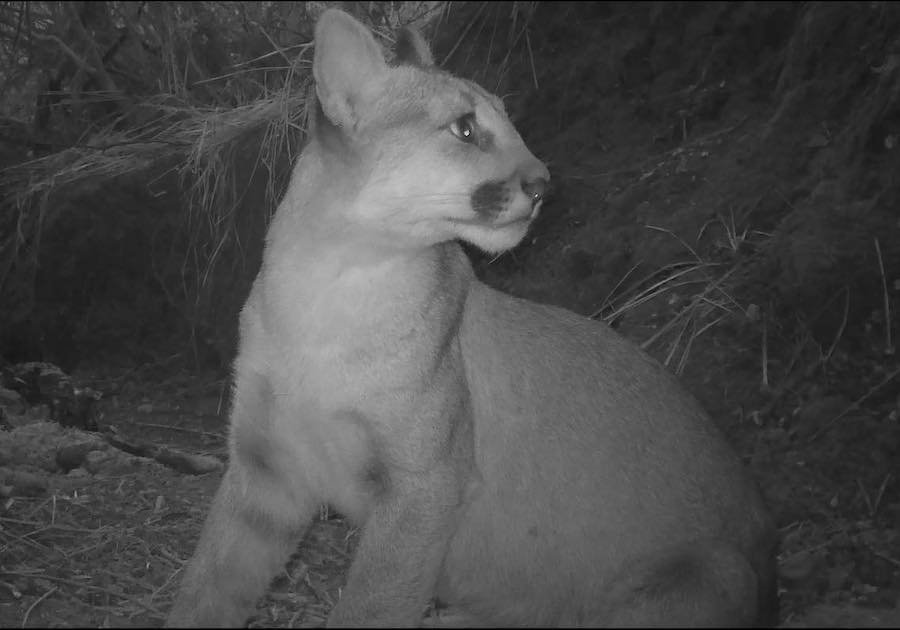 A young mountain lion was killed by a vehicle on the 405 Freeway in Brentwood this week.

According to the National Parks Service, P-97, an 18-month-old male mountain lion, was struck and killed on the southbound 405 Freeway near the Getty Center at around 1 a.m. Thusday.

He was picked up by Caltrans and taken to the West Los Angeles Animal Shelter.

“His radio collar was not located, but the study animal was identified via ear tag. GPS points showed that he had been in the area earlier in the evening,” the NPS said.

According to NPS biologists, P-97 had recently dispersed from his mother, P-54, and was presumably setting off in search of finding a territory to call his own. Recently, he had been roaming around the eastern edge of the Santa Monica Mountains including along the 405. Biologists last captured him on January 11, 2022, to replace his GPS radio collar.

P-97 is the fourth mountain lion known to have been killed in this general area of the 10-lane 405 Freeway, the NPS noted.

In the summer of 2019, P-61, a young male, had successfully crossed the 405 Freeway and made it to the east side in Bel Air. Ultimately, video footage captured him getting chased by an older, uncollared male mountain lion. Minutes later, P-61 was struck by traffic and killed on the 405. He had managed to run across at least five lanes of traffic but ended up dead in the southbound lanes.

“In our two decades of studying mountain lions, this is the 26th mountain lion and the 9th collared study cat to be killed by a vehicle. Currently, we are tracking 12 mountain lions in the region,” the NPS said.