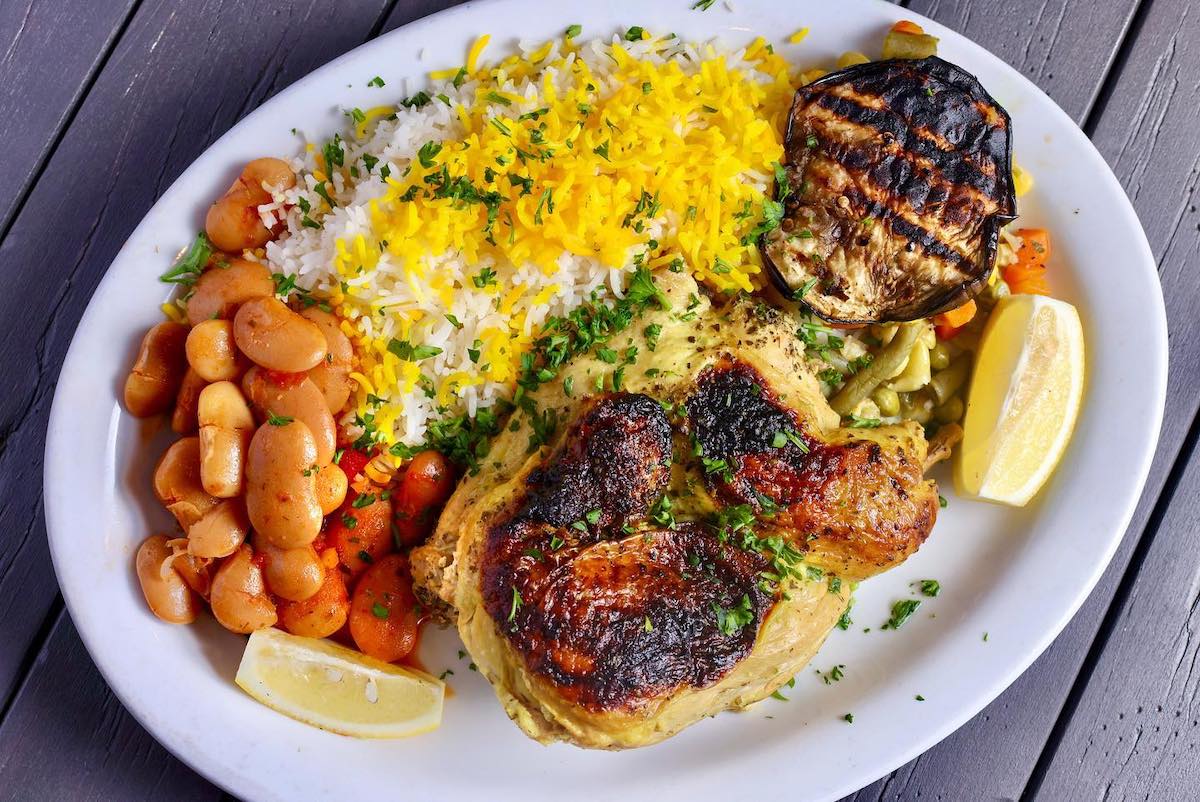 Delphi Greek celebrates 36 years in business with more to come

A “welcome” sign in Greek letters arches over the entrance of Delphi Greek in Westwood unspeakably counting the many who have entered and dined in the restaurant over the last 35 years.

Other than updated menus, the essence of Delphi Greek — a landmark spot for authentic Hellenic cuisine — has gone unchanged since 1985. In a strong decent from the worldwide pandemic that changed everything, Delphi has instead become stronger and busier.

During the pandemic, the restaurant continued to serve authentic Greek food, feeding thousands who were home locked due to pandemic restrictions, job losses or who exercised safety precautions against COVID-19 exposure.

“We worked with the community and the city and served 94,500 individual meals to local seniors,” said Roozbeh Farahanipour, Delphi Greek’s president since 2009. “We were busier than usual, working to feed our community and seniors.”

Inside of Delphi Greek are cozy, white-washed stucco walls and blue accented plaid tablecloths that channel the national colors of Greece and the food — with ingredients made from scratch — mimicking an experience that can only be found in Greece.

“That’s how they do it in Greece. We do not use pre-made food because we want our customers to experience high quality, freshly made meat, salads, appetizers and Baklava, a traditional Greek dessert,” Farahanipour said.

In Greek mythology, Delphi, Greece, was home to a legendary oracle and a major site of worship for the god Apollo after he slew the Python. Approaching its 36-year anniversary, Delphi in Westwood has earned recognition from the Senate, the city of Los Angeles, several well-known review sites and magazines for doing what they do best — serving the best authentic Greek food around.

“Delphi is known as one of the main business caterers in the Westside, we have served many brand companies during the last few years including indivuals business lunches and events,” Farahanipour said.

On the menu, Delphi’s namesake signature dish is a combination plate with moussaka pastitsio, spanakopita, tiropitakia and keftedakia, dolmades, rice and vegetables. Another namesake, Souvlaki, is a fillet mignon and chicken based skewer set, marinated in olive oil and Greek herbs, boiled to perfection.

Not a fan of chicken? Order the filet mignon Souvlaki with two beef skewers instead of one. For a more traditional experience, Delphi serves both a Gyro plate with its favorite, freshly made tzatsikis sauce, pita, tomato and onion. For a more leftover-friendly dish, order a Kefte plate, or six homemade Greek meatballs.

Delphi offers six bread selections along with burgers, chicken dishes, seafood, breakfast, falafels, desserts and vegetarian options with modest prices ranging from $6 to $37. Even the water is an authentic Greek choice of sparkling and flat, the kind you’d have in in Greece among locals.

“Throughout the years, we’ve always upgraded and made everything better. Most of the time, we have a professional chef that trains our staff,” Farahanipour said. In the near future, Farahanipour is flying a chef from Greece to Los Angeles to level up that training.

“We have a lot of memories and a lot of achievements. We will continue to serve our community with excellent food!” he said.

Delphi sits about 50 people indoors at its restaurant and bar. Farahanipour said he’s even met people who’ve come to the restaurant for its shark tank located near the bar.

“People come and take selfies with the sharks all the time,” he said.