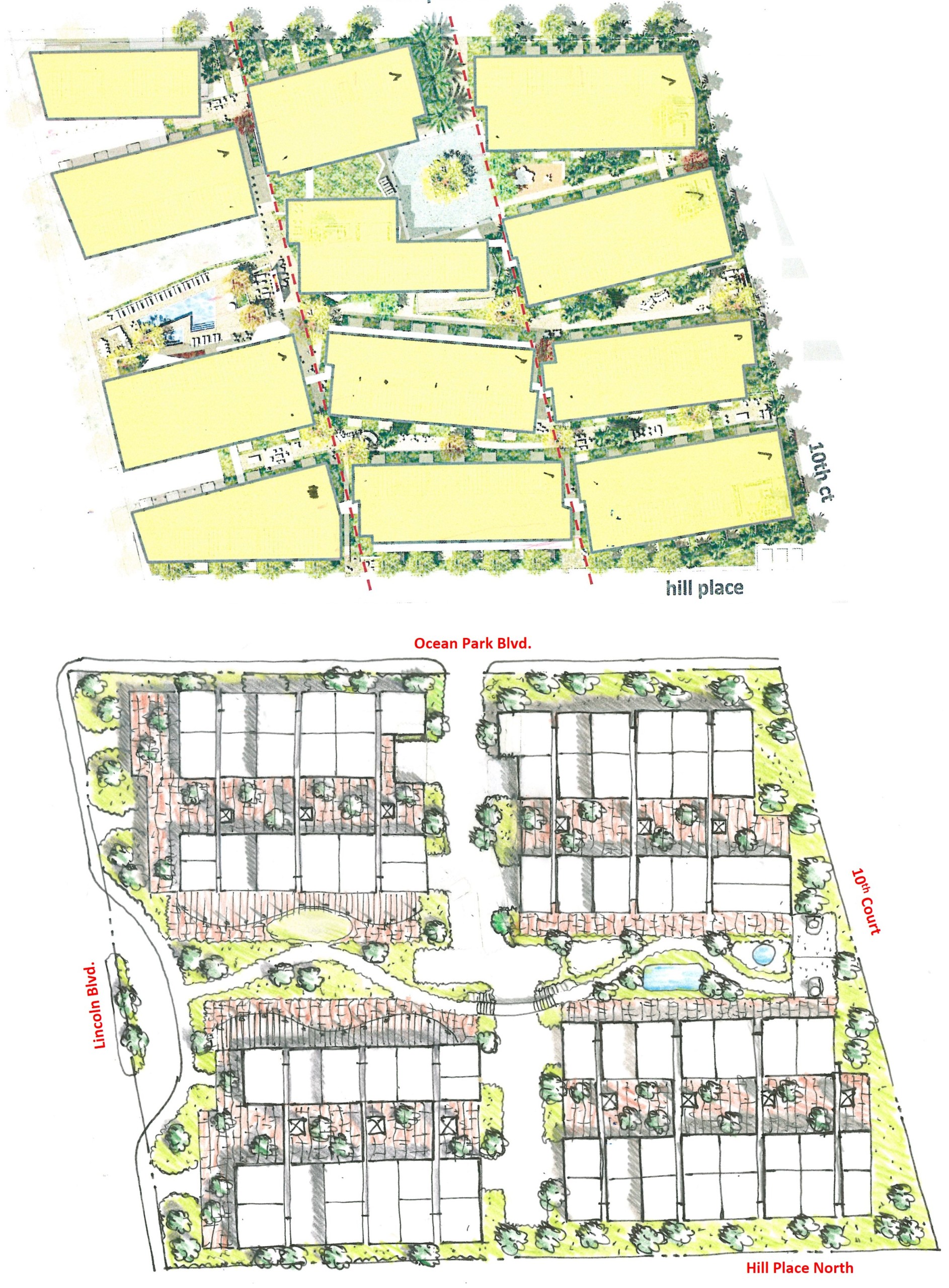 The dream of our beachfront city is about to become a nightmare! Just imagine a tsunami of these projects washing onto the beaches of Santa Monica over the next 10 years – sad, no – alarming! The proposed project supplanting Gelson’s market at Lincoln & Ocean Park is much higher, much denser, with more traffic, and overall a horrific model for the future of our city. Otherwise, I don’t see a problem with it – do you?!

Last week’s article described how a basic code-compliant design can produce the same economic return without a 50% increase in density, without taller buildings, without increasing traffic, with all landscape in pots, etc., etc., etc. With lower overall development costs for construction and financing along with a design that produces moderately higher rents and less vacancy all serve to render the same economic return without the 50% increase in density, the taller buildings, the increased traffic problems, etc., etc., etc. This week’s article illustrates a basic code-complying design without taking advantage of our ill-conceived zoning code allowances which are totally unnecessary, and which will lead Santa Monica down a very, very destructive path.

Using the same ratio of 1 bedroom, 2 bedroom, and studio apartments along with a comparable parking ratio, the following list along with the illustrations describe the significant differences of what is proposed in contrast to what is possible.

And with all these significant advantages, the economic r.o.i. (return-on-investment) is virtually the same as outlined in detail in last week’s article. C’mon Santa Monica, stand up and put a stop to this unnecessary destruction before it’s too late! Good design is good economics!! Allowing 50% increases in density, especially without a proportionate increase in affordable units is crazy – no, it’s lunacy!! Do residents, visitors, and tourists live in or visit our city to see ugly, tall, dense block buildings? Of course not, we’re better than this. We don’t need to give developers the right to make yet more money when you have a code that allows an equally fair return without seriously damaging our community. Let’s scale things down, and while we’re at it, let’s adopt a real master plan, not a general plan, and a new zoning code that works for us – one that doesn’t destroy us! Wake up Santa Monica – City Council, staff, and residents – before it’s too late!!