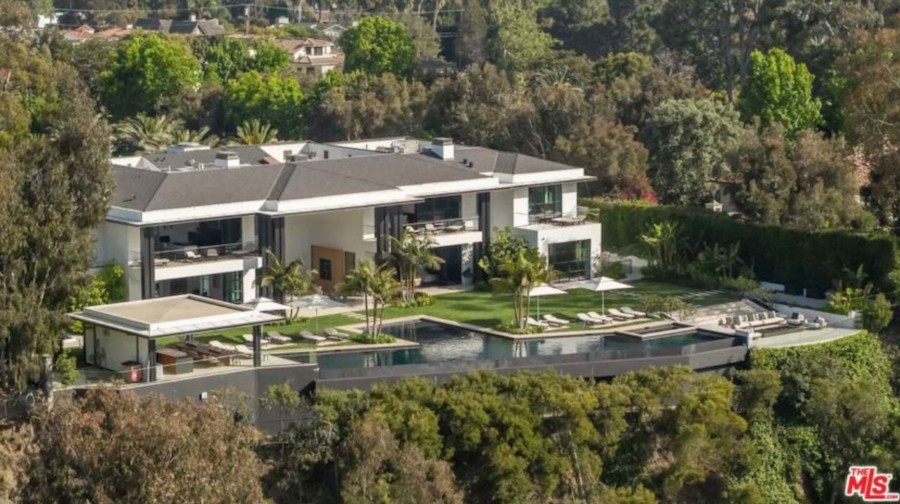 Arana said, as quoted by Realtor.com, “We’re actually asking somewhere around $2,600 per foot. A lot of expensive houses in this area have been selling for around $3,000 to $3,360 per square foot. So dollar per square, it’s not the most expensive. It’s actually very reasonable.”

Arana added, as quoted by Realtor.com,  “Because the property is so large, it yields a bigger number. It’s really not a crazy number when you look at it that way,” he says. “I guess it didn’t sit well with the market, though, and that’s why we reduced it a couple of times.”

The current price drop might be what buyers are looking for.

Arana stated, as quoted by Realtor.com, “Since we repriced it a few days ago, I have four showings already, and it’s probably going to go shortly.”

The current owner paid $36 million for the property in 2018 and demolished the original structure according to the agent. Then he had a new mansion built with plans by Molori Design, a company that normally works on the designs of luxury yachts.

The interior furnishings are all custom designs with design input from Minotti, Flexform, Fendi, Bentley, and other luxury brands. Arana said, as reported by Realtor.com, “They brought over 15 experts from Italy to work on the craftsmanship of the house, both the inside and out,”

No expense was spared for this seven-bed, 13-bath estate including the finishes that are made with materials such as Macassar ebony, brushed limestone, and polished marble.

The master bedroom is massive at 2,500 square feet and has a fireplace, dual walk-in closets and marble bathrooms. It also has glass walls that open out to the private balcony for the suite that overlooks a golf course.

The estate has a 125-foot-long pool and a spa that sits overlooking the nearby hillside. There is a covered cabana with a dining table that seats 16 people and a full kitchen that features wood cabinets and the requisite luxury appliances. The home has a screening room with couches and tables for comfort, a basketball half-court, a karaoke room and a wine cellar. The estate has parking for 12 vehicles and the driveway is big enough to accommodate 20 parked cars.

What’s more, is that this is a rare estate that isn’t located high up in the hills. The property is also close to the beach, local hiking trails, restaurants and shops.

The reason that the owner is selling the property after putting so much work into is that he never really lived there because the pandemic hit. Arana explained, as quoted by Realtor.com “When COVID hit, he spent very little time in there, and he decided that he wanted to sell it. Life changed for a lot of people during COVID.”