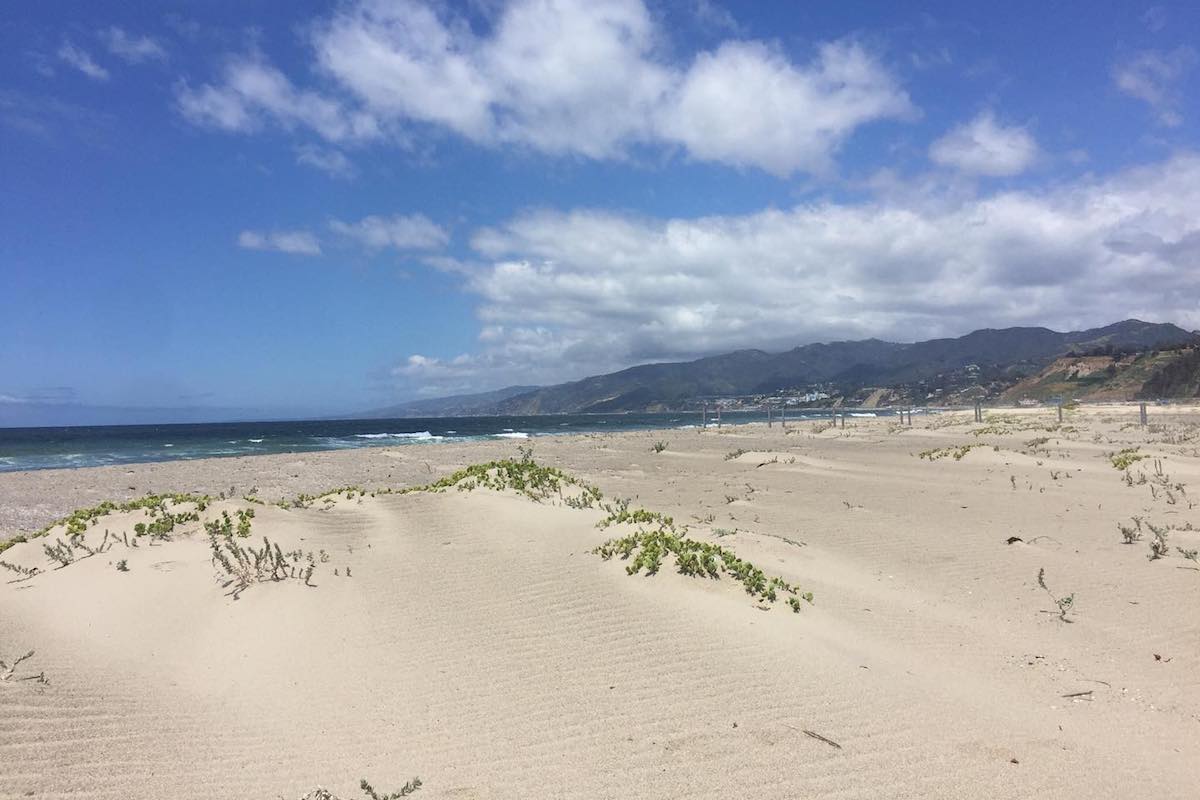 $300,000 grant for Bay Foundation to fund restoration across from the Annenberg Community Beach House

Nearly five acres of coastal dunes are set to be restored on Santa Monica Beach.

The City of Santa Monica and The Bay Foundation have been working together for the last five years to restore almost three acres of strand coastal habitat on the north side of Santa Monica’s beach area.

This rare coastal habitat has been restored through the use of fencing to build up sand dunes, restriction of beach grooming, and seeding of the arable ground near the dunes with native plants. This restoration brought back the endangered Western Snowy Plover to the area for the first time in over 70 years.

Part of the success of the project was made possible by the efforts to engage the public and provide monitoring data to other similar projects throughout Southern California.

The Bay Foundation recently released its Year 5 Report which contains the results of the project from December 2015 to its completion in October of 2021. The Foundation made the decision to establish the project site as a permanent feature of the beach and has applied for a Coastal Development Permit amendment. When this permit amendment is approved, it means that any visitors to the area, whether they are residents or tourists will be able to see the beach in its restored natural state. More information about this project is available here: Santa Monica Beach Restoration Pilot Project

Because of the success of this pilot restoration project, the Bay Foundation has been approved for a $300k grant from the Refugio Trustee council to launch phase two of the project to restore the dunes at Santa Monica beach. The new area to be restored is adjacent to the current project area, located across from the Annenberg Community Beach House and next to Lifeguard Tower Two.

Eventually, this project intends to restore nearly five acres of the coastal habitat through the transformation of the beach into a sustainable coastal strand and foredune habitat that will be resilient against any sea-level rise. The project should be completed over the next five years and the Bay Foundation intends to begin local outreach efforts and planning for the project this year. The Foundation plans to build upon the success of the pilot project that will safeguard the beach long term against rising sea levels and provide ecosystem services to visitors and residents of Santa Monica as well as soliciting community support for the project. Volunteer events like cleanups and workshops that show residents and visitors how much phase two of the project can improve the beach and get residents and visitors involved and invested in the project can only help the future success of the rehabilitation.