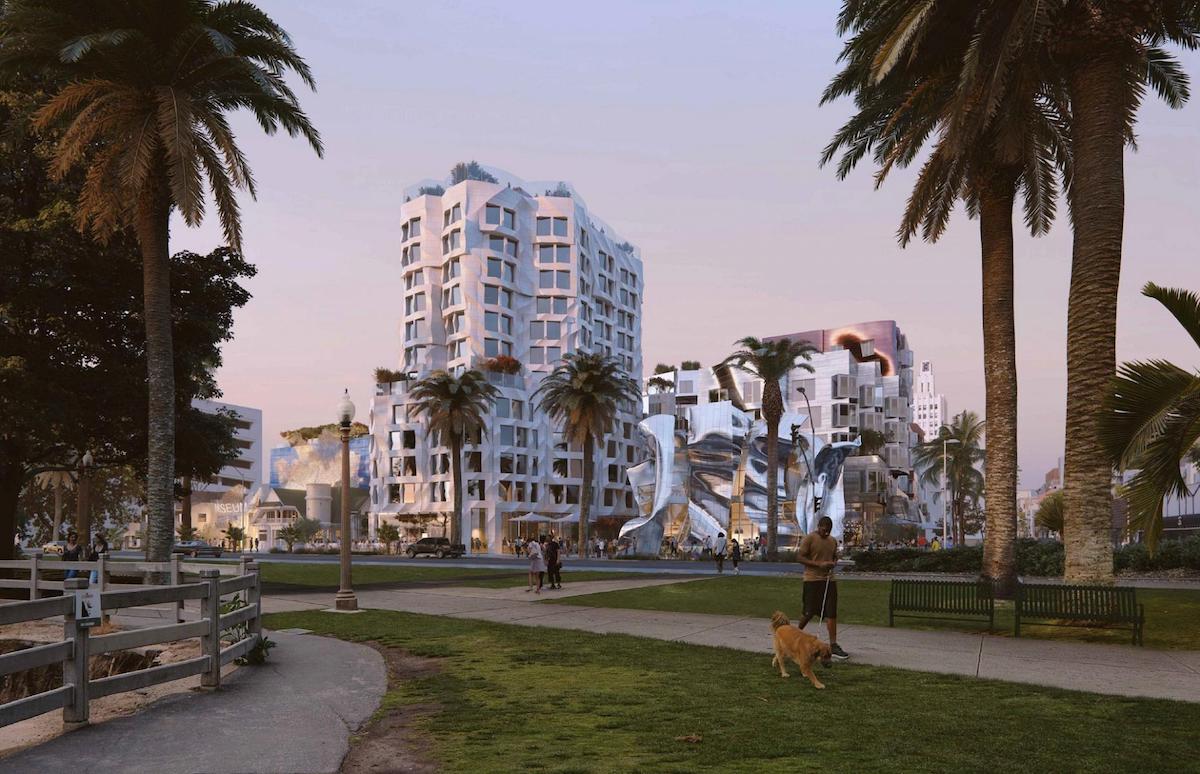 Project would include hotel, apartments, retail and a museum

Slowly but surely, plans for a  Frank Gehry-designed project that would include a 120 room hotel, apartments, retail and a museum inch closer to reality on Ocean Avenue in Santa Monica

The proposal comes from Worthe Real Estate Group and would be built on an L-shaped property at Ocean and Santa Monica Boulevard. As reported by Urbanize Los Angeles.  Most of the site would need to be cleared to allow for the construction of the following:

The project would be required to reserve 25 deed-restricted affordable housing units that would be meant for renters making 30, 50 and 80 percent of the median income in the area and moderate-income family groups and, on top of that, 11 rent-controlled apartment units. The balance of the units would be rentals priced at the market rate.

Nearby two landmarked buildings at 1333 and 1337 Ocean Avenue would be added to the proposal’s full campus.

The architect of the project is the celebrated Frank Gehry. Recently updated renderings show undulating, sculptural facades that are part of Gehry’s style. The highest buildings in this proposed campus rise to 130 feet above ground level and are the maximum height that is allowed by The Downtown Santa Monica Community Plan.

Paseos that are publicly accessible flow through the center of the property and are the pedestrian connections to Ocean Avenue, Santa Monica Boulevard, 2nd Street and 1st. Court.

The design has a series of terraces on the upper floors and there is an observation deck built above the hotel. As per the environmental study conducted for the project, the construction of the project is scheduled for 34 to 36 months of continuous work.

A financial analysis that was submitted to the Planning Commission says that the cost of the construction for the Ocean Avenue Project is about $243 million and the soft costs will raise the budget to around $350 million.

Worthe Real Estate Group has made a proposal for a community benefits package which would include financial and land contributions that would make the development of affordable housing, community use of the cultural campus and public open space, the observation deck and including various fees that would amount to a cost of $120 million.