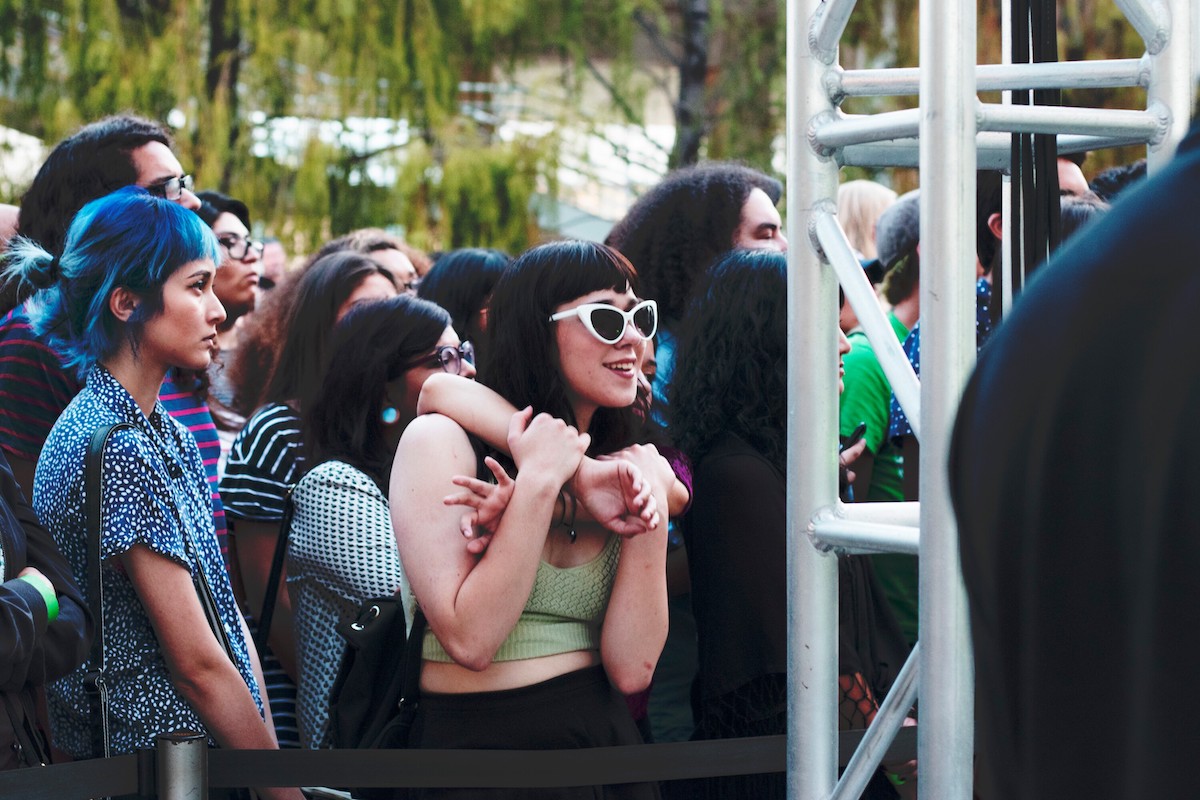 Returning for the first time since 2019, Getty’s free concert series Off the 405 is back with an impressive lineup, kicking off May 21 and running through August 27.

Concerts take place from 6 to 9pm and attendees are welcome to arrive early, explore the Getty Center’s current exhibitions, bring a picnic, or purchase food and beverages onsite before the show begins.

Since 2009, Off the 405 has brought some of today’s most exciting music artists to the Getty Center for memorable experiences amid stunning architecture and breathtaking sunset views. Past performers include Moses Sumney, Allah-Las, Cate Le Bon, L’Rain, Chicano Batman, and Thundercat, among others.

The Getty Center is also reinstating Saturday evening hours on June 18, in time for the second Off the 405 concert, featuring Bartees Strange. For the first time since 2020, the Center will stay open on Saturdays until 8pm, and the Restaurant will take dinner reservations. It’s also a great opportunity to take advantage of Pay Once, Park Twice where visitors can hop from one Getty location to another in one day, using the same parking ticket.

Saturday, June 18—Bartees Strange
Next up in the series is Bartees Strange, an English-born and D.C.-based producer and songwriter whose music is described as akin to Bloc Party, featuring a lively mix of indie rock, hip hop, and jazz. Named an Artist to Watch by Stereogum in 2020, Strange will perform with a full rock band that will energize crowds with songs from forthcoming album “Farm To Table.”

Saturday, July 9—Los Retros
Los Retros, aka Mauri Tapia, grew up in Oxnard, CA, and has been making music since his early teens, playing every instrument on his recordings. Tracing his musical inspirations to both American and Latin American left-field pop and soft-rock groups from the 70s and 80s, Los Retros is an homage to Chilean pop band Los Ángeles Negros. Los Retros will perform songs from his latest album “Looking Back.”

Saturday, August 27—Standing on the CornerThe New York collective Standing on the Corner (SOTC) often calls itself an “art ensemble,” a nickname which helps outline its approach to music and performance, while hinting at its creative roots and perspective. With composer, conductor, and co-founder Gio Escobar at the center of a band line-up, SOTC moves freely yet decisively between jazz improvisations, dub excursions, garage-noise freak-outs, and lo-fi hip-hop collage. This special iteration of the Off the 405 concert series also celebrates the dynamic creative exchange of the Harlem-based photographers chronicled in the exhibition Working Together: The Photographers of the Kamoinge Workshop, on view at the Getty Center July 19 through October 9, 2022. The photographers fused the energy of jazz and improvisation into their stylistically untethered approach to representing the African American experience.

By Staff Writer May 3, 2022
in News, Upbeat Beat
Related Posts