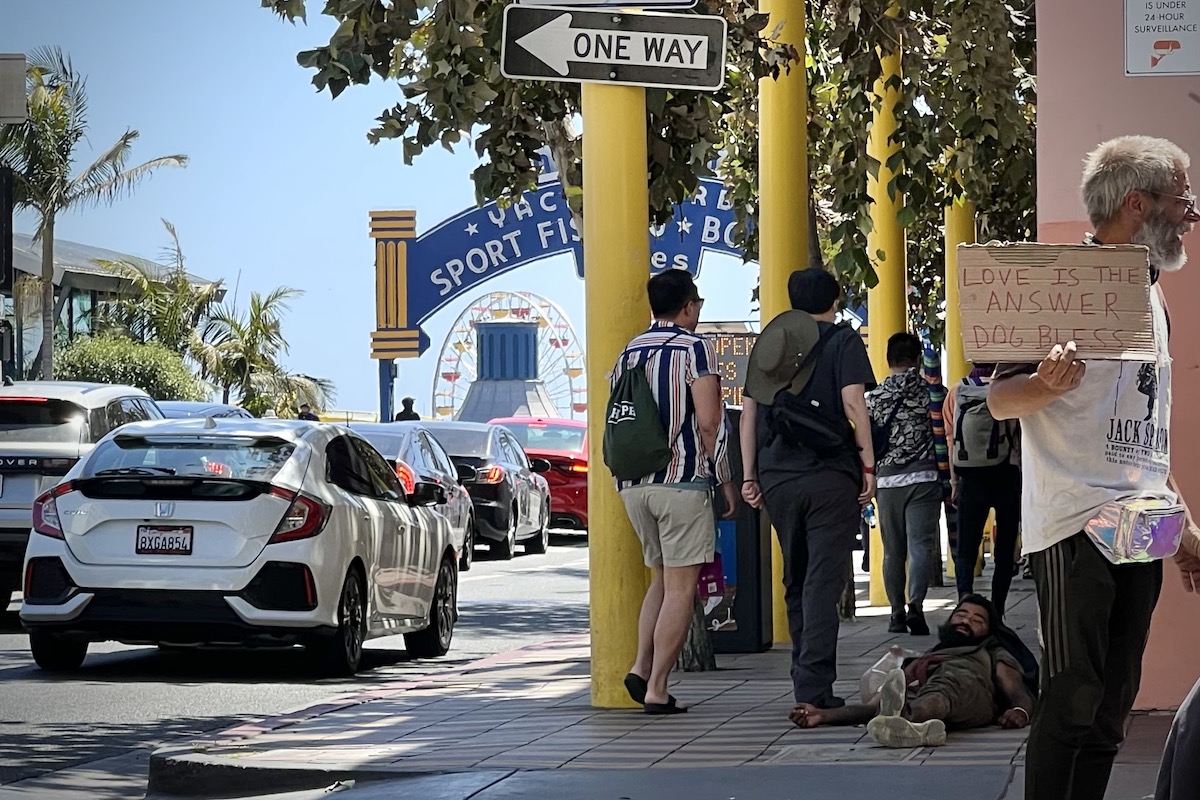 The City of Santa Monica has released the results of its 2022 homeless count, which took place on February 22. This was the first count the City has conducted since the pandemic began.

According to the results when the count took place there were 807 people experiencing homelessness, a decrease of 11 percent from the 907 individuals counted in January 2020. In a statement, the City said this decrease is primarily due to local shelter capacity being significantly reduced to comply with COVID-19 public health guidance. The number of people unsheltered homeless people in Santa Monica stayed nearly consistent with 2020, increasing 1 percent to 608 in 2022.

People living in vehicles, tents, and makeshift shelters increased from 99 to 135 (36 percent) compared to the 2020 count results, and the number of people experiencing homelessness in the Downtown area was up from 214 to 246 (14 percent).

“The impacts of homelessness are felt by everyone on our streets every day, and this public health crisis remains a top priority,” said Santa Monica City Manager David White. “Housing is limited and too expensive, resources to address behavioral and mental health and substance abuse issues are in short supply, and we are surrounded by the City of Los Angeles on three sides, where the concentration of people experiencing homelessness is substantial. With these challenges, we must continue to urgently deploy a comprehensive strategy that includes providing connections to services and available housing, prevention, enforcement, increasing the supply of affordable housing, legislative advocacy and regional solutions, and addressing the mental and behavioral health needs of those experiencing homelessness.”

The City, in a statement, pointed to bottlenecks in local and regional housing supply as a challenge facing officials combatting homelessness.

“Bottlenecks in City and County homelessness services do exist due to the tremendous need for expanded permanent affordable housing. The California Housing Partnership estimated that there is a shortfall of nearly 500,000 affordable homes in L.A. County, and the Los Angeles Homeless Services Authority (LAHSA) reported an average of 207 people in LA County exited homelessness every day, while 227 people became homeless,” the City said.

The statement noted that Santa Monica’s programs have had greater success with unhoused residents leaving interim housing for permanent housing compared to the rest of LA County.

The City of Santa Monica also released a list of initiatives underway to address homelessness. These include multidisciplinary outreach teams which in 2021 made more than 11,000 contacts with people experiencing homelessness, provided direct medical or psychiatric services to 808 participants and placed 57 people into interim housing and 24 individuals into permanent housing. In addition, New personnel were added to the field through the Fire Department’s Community Response Unit and a therapeutic transport van will be deployed this summer through a partnership with the LA County Department of Mental Health, building on the active deployment of numerous multidisciplinary outreach teams including the Santa Monica Police Department’s (SMPD) Homeless Liaison Program (HLP) Team. The City also mentioned that over 100 new federal Emergency Housing Vouchers have been secured, 134 new affordable residences have been opened (including two new affordable senior housing developments), and at around 190 additional affordable housing units are currently in various stages of development.

On Wednesday, May 11, city staff will present their update on homelessness to the City Council during a special meeting of the Council that will be held at 6:00 p.m. This session will facilitate questions and concerns from the Councilmembers and the community. This will help City Council consider new investments for the FY 2022-23 budget, including potentially expanding the SMPD Homeless Liaison Program to operate seven days a week and creating an additional multidisciplinary street team. In addition, the budget could incline funds for redesigning the SAMOSHEL interim housing program scope to facilitate after-hours intakes.

By Sam Catanzaro May 9, 2022
in News
Related Posts