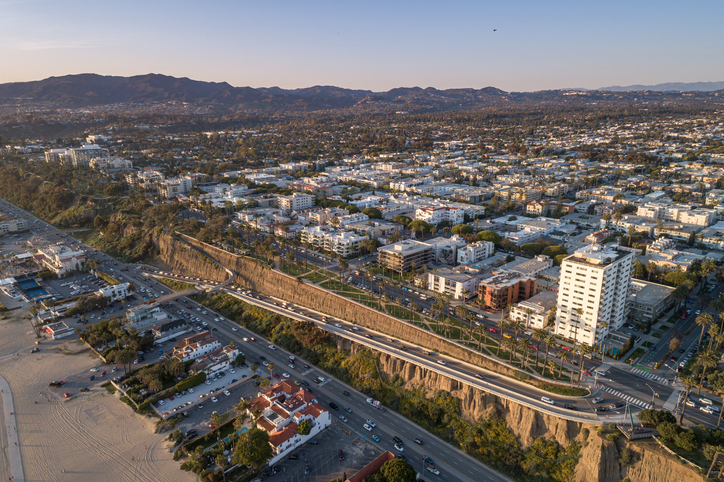 In a statement, Brock said, “I am aware that there is an initiative measure being circulated in the City to increase the transfer tax which would provide additional funding for the school district and establish new funding sources for rent subsidies and affordable housing. And I said during our meeting that while these are certainly worthy goals, they do not respond to our residents’ most urgent concerns. I also believe that a new tax rate proposed in this measure that is 800% of the existing tax is unfair to many residents and property owners.”

Himmelrich’s measure aims to raise some $50 million in tax money to address different issues in the city that require more funding. Brock’s proposal, which is under consideration by the City Council, looks to raise much less, namely $15 million dollars. Brock’s proposal is also a general tax instead of a transfer tax.

Both of these proposals are being made because the revenue streams of the City of Santa Monica will not be enough to cover the expenses of the city even with the addition of the hotel bed tax. Brock noted this in his statement and added that “I spend a lot of time listening to residents and it’s clear to me that the most important things we can do to respond to current concerns are to increase the levels of emergency response services in programs implemented by our public safety officers, such as the Police Department’s Homeless Liaison Program and the Fire Department’s Critical Response Unit, both of which operate on a limited basis today, and bring back critical services reduced during the pandemic such as library services, park maintenance and after-school programs.”

Brock’s counterproposal, the “Comprehensive Real Property Tax Measure,” is something that Brock stated, “would provide us with a safety valve without tremendous cost,” as quoted by the Santa Monica Lookout.

By choosing to take her measure to the ballot, Himmelrich’s “Funding for Homelessness Prevention, Affordable Housing, and Schools” would need to obtain the valid signatures of 6,929 voters from Santa Monica to be added to the ballot in November. In comparison, Brock’s proposal only needs four City Council members’ votes.

Either one of the measures needs only a majority of votes on the ballot to pass. If both measure are approved by over 50 percent of the voters, whichever one got a larger percentage of the votes would be the winner.

The biggest difference between the two measures is that Brock’s measure would charge a real estate transfer tax of $15 per each $1,000 of the sale price on commercial property that sells for more than $8 million versus Himmelrich’s proposal which would charge $53 dollars per each $1,000 for each commercial property that sells over the amount of $8 million or more and would tax the entire transaction.

Brock’s proposal would give disposition of the funds raised to the City Council, while Himmelrich’s proposal would appoint a board to dispense funds that would be guided by a formula that is already stated in the measure itself.

If the monies raised go above 50% million, then that excess would be deposited into two different funds as prescribed by the 20-80 percent formula.

Himmelrich’s measure reads, “It is fair, equitable, and right” that property owners who have “enjoyed the benefits of City services and programs” should “leave a small portion of the proceeds with the City to help fund” the targeted programs”

Himmelrich was sidelined by illness during the City Council meeting where Brock made his proposal, so the council members who were present asked staff to draft Brock’s measure for consideration. A number of the council members said that Mayor Himmelrich’s proposal is “uncertain to make the ballot,” as quoted by the Lookout.

Himmelrich has announced that her campaign for the measure will submit the signed ballot petitions with the City Clerk by the middle of June. The City Clerk will then have thirty days to verify the signatures and send the petitions to the Los Angeles County Registrar-Recorder’s office which then has another 30 days to conduct another verification of the signatures that is a random sampling of the signatures.

Himmelrich and Brock have until August 12 to complete the process in order to place a measure on the ballot according to City Clerk Denise Anderson. Anderson said, as quoted by the Lookout, “The Council would have to bring (Brock’s measure) back no later than the second meeting in July,”