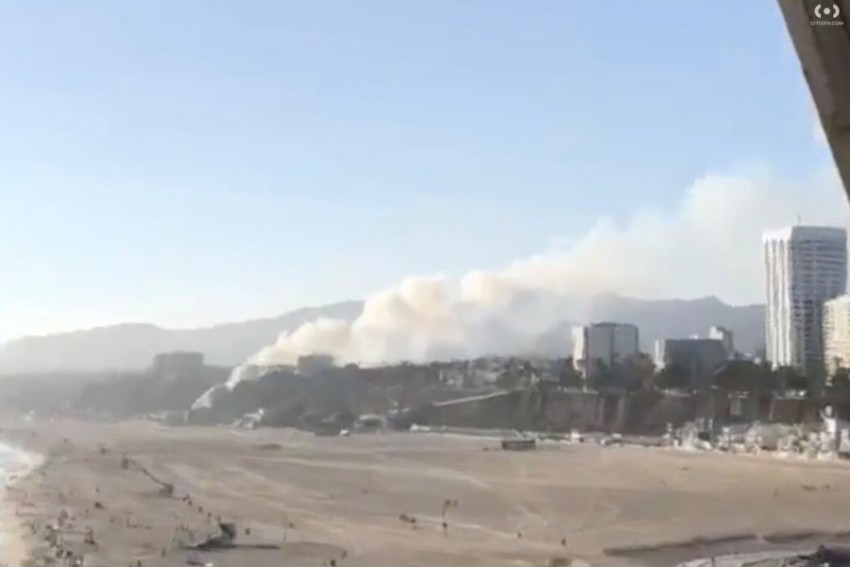 According to the Santa Monica Fire Department (SMFD), on Monday, June 13 around 6:20 p.m., dispatchers received multiple calls reporting a fire in the Santa Monica Bluffs on the 500 block of Palisades Beach Road.

“Firefighters arrived within minutes and found an approximate 50’ x 100’ fire in heavy vegetation on the bluffs that was being spread uphill by prevailing onshore winds,” said SMFD Captain Patrick Nulty.

A coordinated fire suppression effort was made from both the top and bottom of the bluffs to confine and suppress the blaze, which sent flames and smoke up towards Palisades Park.

It took SMFD crews approximately an hour to knock down the fire, plus several hours of overhauling to ensure the deep-seated smoldering heat on the hillside was cooled and suppressed.

“Despite the intense fire and embers in the nearby area, firefighters kept the fire from spreading beyond the bluffs,” Nulty said.

There were no reported injuries to responders or civilians as of a result of the incident.

According to the SMFD, the fire appears to have originated within an unattended homeless encampment. The cause remains undetermined, the SMFD says.