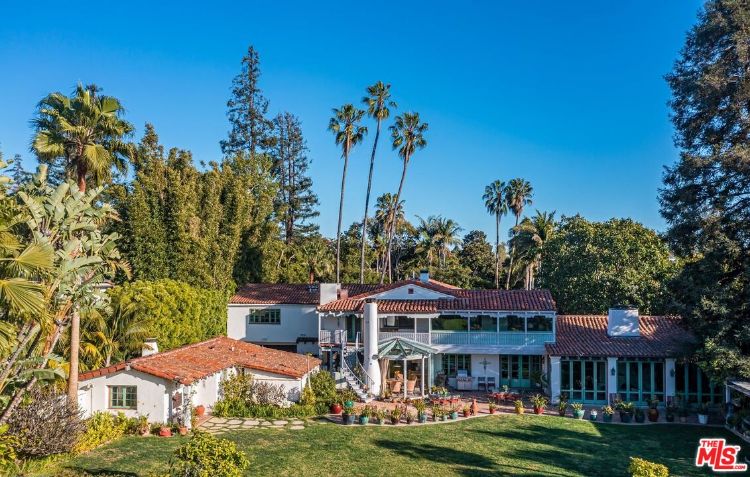 The former home of the “Godmother of Santa Monica” is now up for sale for $22 million as reported by The Real Deal.com. This historic estate that sits on one acre of land is located at 1707 San Vicente Boulevard and has eight bedrooms and five and a half baths. It has a view of the Riviera Country Club’s golf course.

The listing agent is David Offer of Berkshire Hathaway HomeServices.

The home is of a Spanish-style design and has plaster walls that are quite thick, beamed ceilings that are stenciled, tiles that are hand-painted, seven fireplaces and original hardware.

The backyard has a swimming pool and is landscaped with rolling lawns and walking paths.

The home has not been available for sale for 64 years and has been in the hand of one family since 1958 according to an email from Offer as quoted by The Real Deal.com. The last person who bought the home was Carolina M. Barrie in 2019. She is a descendant of Arcadia Bandini Stearns de Baker’s family line according to news reports and public record.

Bandini de Stearns Baker lived in the late 19th and early 20th century and was known as a force of nature within business and social circles in Southern California. She was of Latino heritage and she worked with her community and the community at large which was of benefit to her two husbands, Abel Stearns and Colonel Robert S. Baker. Both of her husbands were white men and important business owners. Her personal estate was very large through her marriages, she was a widow twice, and she was known as a philanthropist who was a prime mover in social circles as well. Her touch defined local society at its highest levels and she was known as the “Godmother of Santa Monica”.

She was childless and donated her massive fortune to charity. Her estate was the source of the land used for the West L.A. Veterans Administration compound as she left it specifically to the city for the benefit of veterans.

Two streets in Los Angeles are named after her family, Bandini Boulevard and Stearns Drive.