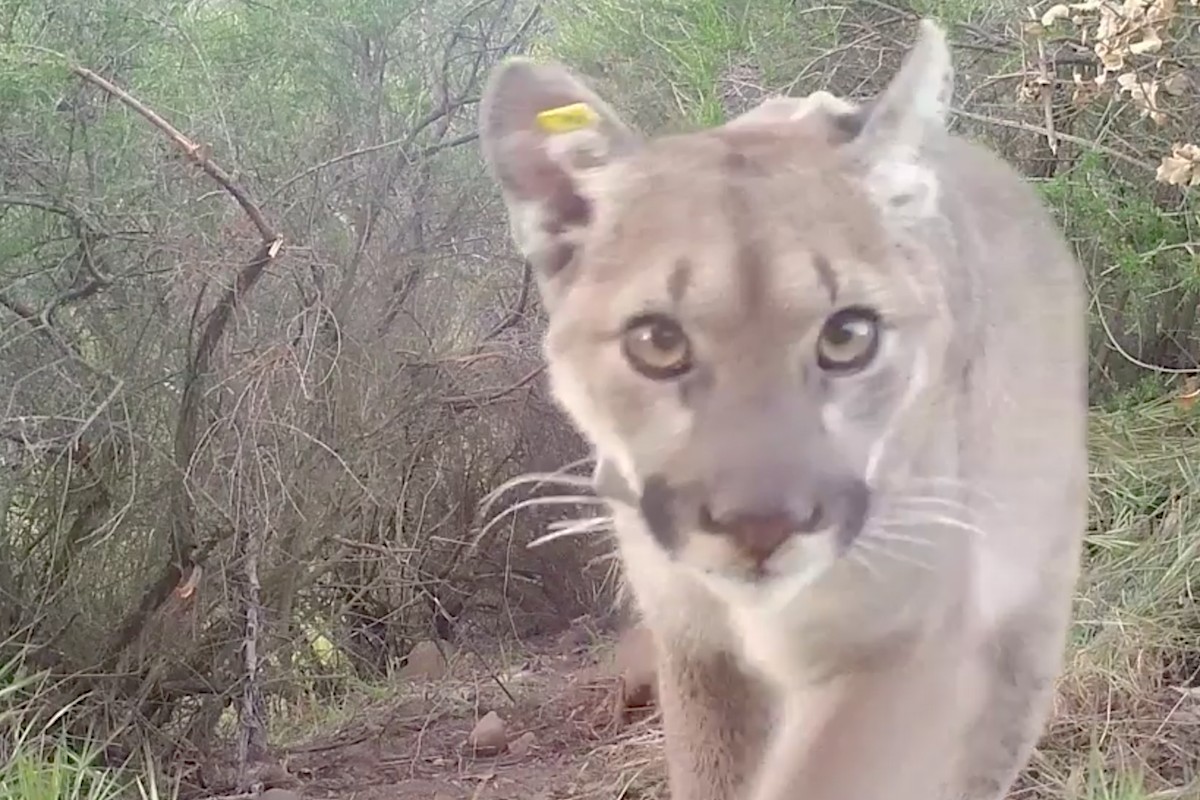 According to the National Parks Service, on June 17 around 9:30 a.m. biologists from Santa Monica Mountains National Recreation Area were alerted by the Agoura Animal Shelter that a radio-collared mountain lion had been killed on Las Virgenes Road between Piuma Road and Mulholland Highway.

“P-54 has been tracked by biologists in the Santa Monica Mountains practically her entire life. She was born in January 2017 and the following month, NPS researchers marked her with a tracking device as a kitten while her mother, P-23, was away from the den,” NPS biologists said.

In January 2018, her mother, P-23, was found dead after being struck by a vehicle along the same road but further south from where P-54 was discovered last week.

“P-54 was one year old at the time of her mother’s death, which is during the early end of when kittens typically leave their mother,” NPS biologists said.

“The first one in May 2020 kicked off the “summer of kittens,” which included five mountain lion mothers giving birth in our study area between May and September of 2020. She gave birth to three kittens (P-82, P-83, & P-84). Researchers believe that this litter from May did not survive,” the NPS said.

Two months ago, P-97 was struck and killed on the southbound 405 Freeway near the Getty Center. He was 18 months old and had recently dispersed from his mother, P-54.

P-54 will be taken to the California Animal Health and Food Safety Lab in San Bernardino for a full necropsy.