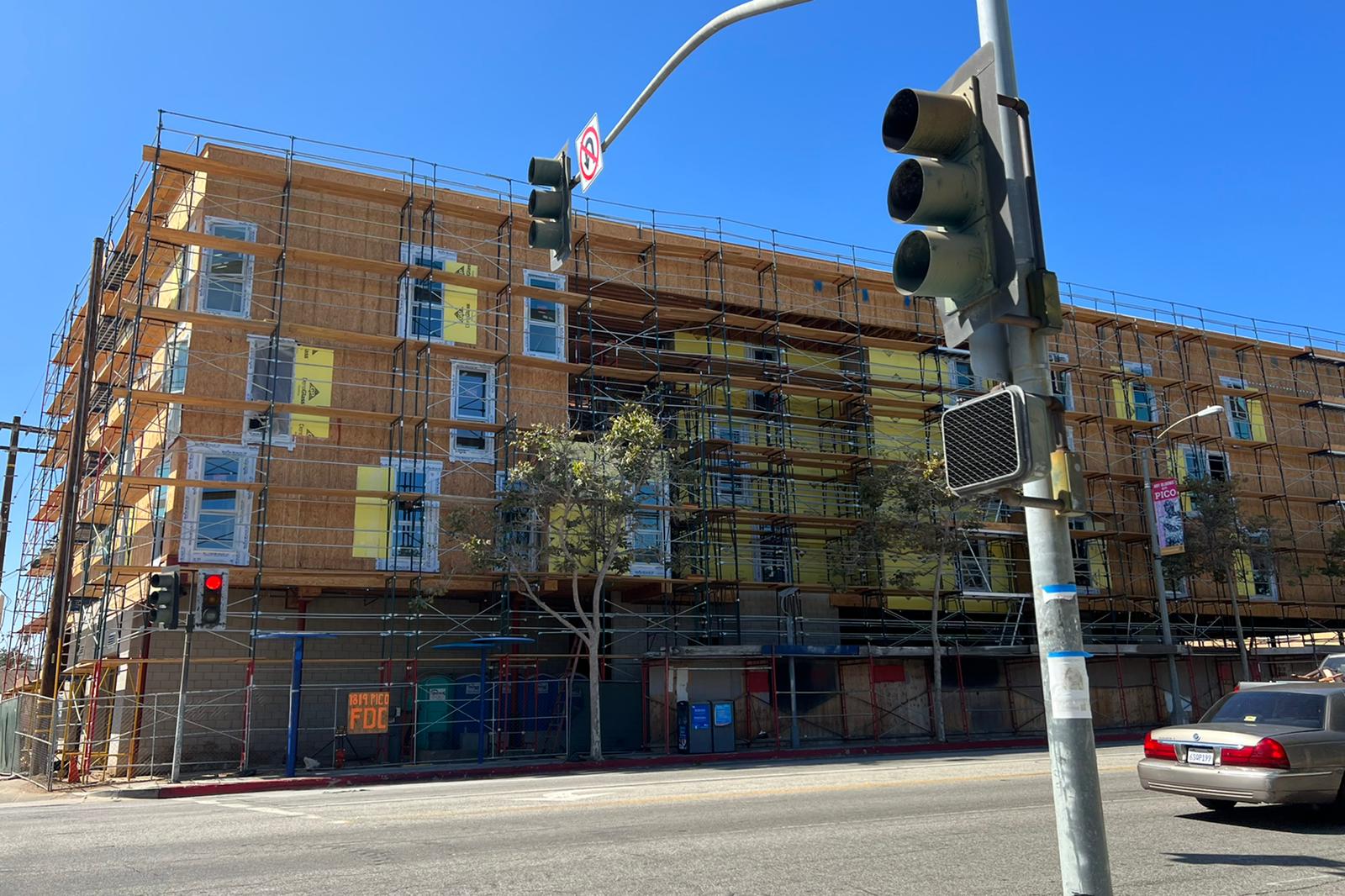 Community Corp. of Santa Monica has completed wood framing on the Brunson Terrace apartments project on Pico Boulevard as reported by Urbanize Los Angeles a year after the construction began.

The project is being constructed at 1819 Pico Boulevard, which is the former location of the Mount Hermon Baptist Church. The plans call for a four story building that will contain 48 one, two and three bedroom apartments as part of a mixed use development that would also have 4,174 square feet of commercial space on the ground floor and underground parking that would hold 49 vehicles.

Community Corp. of Santa Monica has joined with Streetjet in a partnership for a new space that would allow local businesses, pop ups and workshops to take place on the ground floor of the building. Jus’ Family Cafe and Coffee Bar is on of the tenants for the retail space as well.

Brunson Terrance is an affordable complex that will offer housing to lower income households that earn from 30 to 80 percent of the area’s median income. Rental prices in the complex will range from $522 to $2,028 per unit each month.

The funding for this $41 million project came from tax credit equity, a bank loan and a $13.3 million loan granted to the project by the City of Santa Monica. Each unit is estimated to cost $792,000 each.

Brooks + Scarpa is the design company on the project and they describe the project as being a “village” concept which will have multiple building circled around a central courtyard.