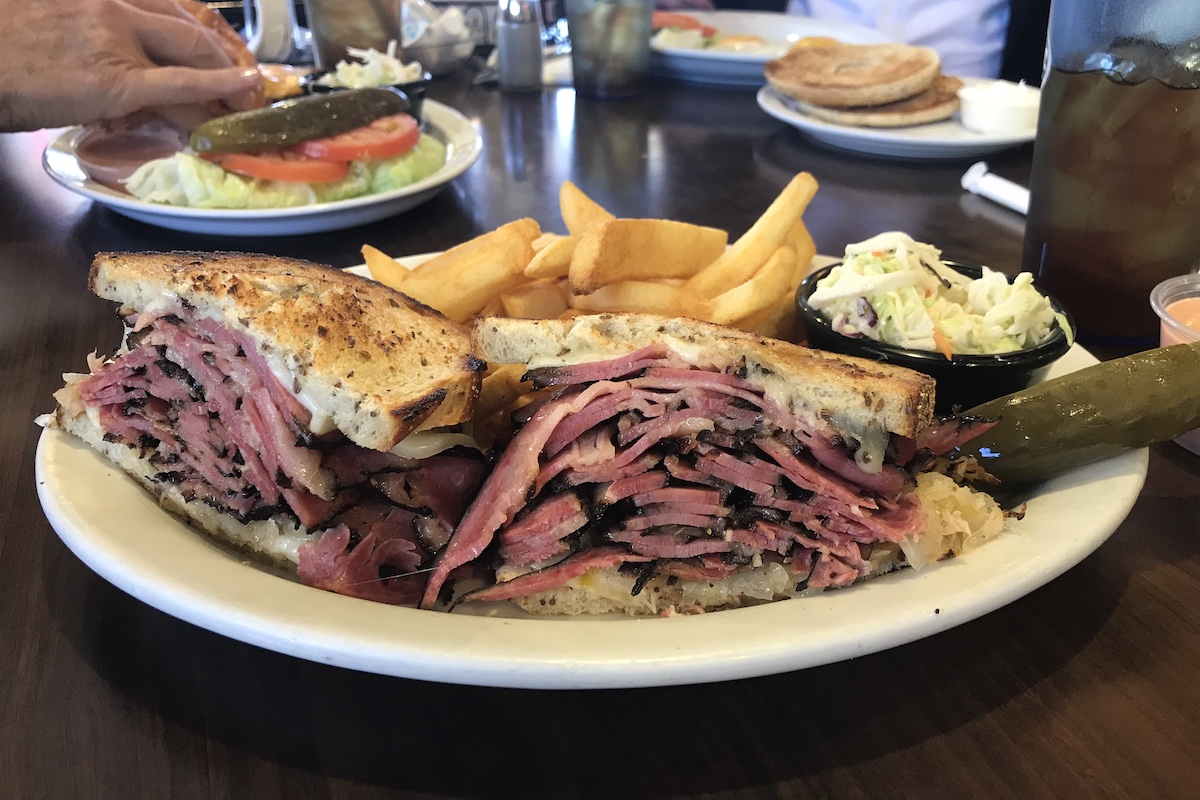 Santa Monica landmark Izzy’s Deli has permanently closed. The 24-hour deli had been serving hungry diners pastrami and other deli-fare since 1973.

The restaurant, located at the corner of 15th Street and Wilshire Boulevard, had been close since November 2020 for renovations. The restaurant had planned for a June reopening but owner Izzy Freeman–known as the ‘Deli Lama’– decided it was time to retire.

“After 47 amazing years of serving the community 24/7, 365, the time has come for Izzy’s Deli to officially close its doors. We had every intention to reopen post-pandemic but it has become apparent that the only option at this point is to retire.

I’d like to thank my incredibly loyal customers who became friends, the three generations of my family who called IZZY’S their second home, and the two generations of employees who made IZZY’S DELI a landmark in Santa Monica.

Over the years we became ingrained in our customers’ lives – we saw first dates that became engagements, husbands awaiting the births of their children who eventually came in as parents themselves, customers becoming friends with each other, families gathering year after year after year, late night study breaks, business meetings, holidays and just enjoying each and every day. We laughed, we loved, we cheered, and boy did we EAT!!

Our matzoh ball soup, overstuffed sandwiches, tuna melts, and Thanksgiving dinners brought in customers from just around the corner, thousands of miles away and everywhere in between. Together, we truly made my childhood dream a reality and brought a taste of New York to Santa Monica, and for that, I will be forever grateful.

Thank you, from the bottom of my heart, for 47 wonderful years! This may be the end of this road, but it’s certainly not goodbye.”

Izzy opened the Deli in 1973 with Kenny Horowitz. At the time, Izzy owned two IHOPS in Los Angeles and the intent was for Kenny to run the Deli and Izzy to run the IHOPS. “I helped him open the deli on Monday morning and I never left,” Izzy told the Mirror in 2018.

Izzy’s was the first major deli in Santa Monica in many years, and from the start, it was a success. Customers were waiting in line for overstuffed corned beef and pastrami sandwiches, matzo ball soup, freshly roasted turkeys and of course the best New York style rye bread. In the decades since, the popularity of the Deli has only increased, being featured multiple times on Larry David’s “Curb Your Enthusiasm” and winning numerous awards including “Best Designed Restaurant” to “Best All Night Restaurant.”