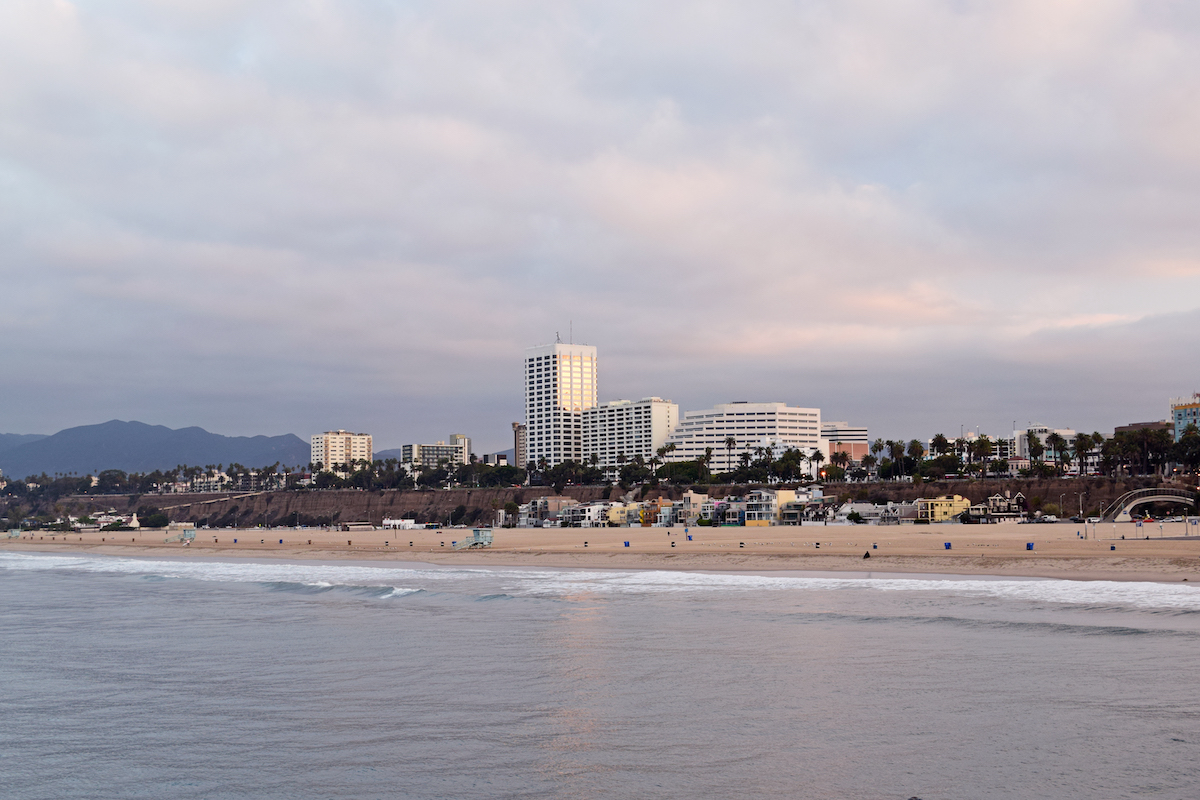 All too often these days we find ourselves wondering how we could have been so correct about so many planning issues that we have written about over these last nine years, and yet so frequently we turn around and there it is…another project that is absolutely wrong, and that had been warned against, sometimes more than once, but now back and undoubtedly enroute to approval. It begins to make you think no one is listening, or as Paul Simon wrote:

“Fools” said I, “You do not know
Silence like a cancer grows
Hear my words that I might teach you
Take my arms that I might reach you”
But my words, like silent raindrops fell
And echoed in the wells of silence”
– Paul Simon

That well of silence would be the Planning Commission, the City Council, and Us, the resident voters, who continue to perpetrate the not too slow demise of what had been a fairly successful and desirable beachfront community, by being too silent. Residents and visitors alike shared the environmental, sustainable, and lifestyle benefits that a low rise beach environment, with fresh air, blue skies, and manageable traffic, provided for all, including for those in the Valley or the east side escaping the summer heat for a day at the beach. But success seems to breed contempt for “enough”, and greed “for more”, until it causes a rot, and in the case of a beachfront town that provided a relief, an escape valve, a ‘central park’ for so many, it builds itself into a shadow covered, traffic mired, non resident-friendly or un-useable, quagmire. Downtown.

Wow. That’s even too dark for me! But, is it really so far off? Fortunately a little over a year ago we significantly improved the makeup of the Council, and we have another election in November where we can hopefully make further improvements with a couple more fresh faces, if we don’t stay silent. As to the warning words that seem to fall silent on decision makers in our town, we are immediately faced with two major projects downtown that are on track to further alter our community beyond recognition, both having been warned about in the past. The Miramar project (https://smmirror.com/2018/04/opinion-sm-r-t-wall-not-music-eyes/)  pretty much in process having recently received Coastal Commission approval and city blessings, and now the condo/hotel project generally referred to as the Gehry Hotel (https://smmirror.com/2018/01/sma-r-t-dangers-wishing-upon-star-chitect/) at Santa Monica Blvd. and Ocean Ave.

The issue isn’t to critique the architectural design of either of these two, or other large scale projects in the works, well, maybe the Gelson’s, but to focus on the planning and zoning, and the intentional carving out of specific sites that quite purposely allow a developer to create such inappropriate developments. One really has to ask why. But, in that context here is an earlier article (lightly edited and italicized here) that addressed these same project planning issues, and obviously fell silent on the ears of those decision makers.

Santa Monica’s new DCP (Downtown Community Plan) identifies three sites as “Established Opportunity Sites,” although the addition of the word “established” seemed to have appeared from nowhere in the final version presented to the Council for approval. The phrase “Opportunity Site” only appears once in the Land Use Circulation Element (LUCE) of the General Plan… and that referenced a location for a super market at Lincoln and Broadway.

There is a zoning issue commonly referred to as “spot zoning,” … It generally refers to a situation where a parcel of land is given special conditions, such as additional height, use, or floor area that is not given to other properties within the same zone. Spot zoning is not considered legal in California, though a recent court case described a new definition identified as “permissible” spot zoning. It addressed the issue of granting more, or less, rights to a single parcel with the requirement that it be ”in the public interest” to do so. A subtle difference from providing a “public benefit” it would seem.

But does it matter to you, the residents, if three commercial sites in our downtown are given special privilege? …Only three sites in the downtown doesn’t seem too much, right? Wrong. Because, not only does it set a precedent for future developers to demand equal development rights, but it adds dramatically to the excessive development that has already been encouraged by the council and is currently under construction throughout downtown, transforming our low rise beach town into DTLA West.

The DCP must comply with the General Plan, and giving the three sites special benefits doesn’t allow conformance, as the LUCE and new Zoning Ordinance have no provision for allowing the tall structures. To “correct” the conflict, the City, instead of designing the DCP to comply with the LUCE/Zoning Ord., changed the LUCE/Zoning Ord. to conform to the DCP, ignoring the resident input that helped shape the LUCE and the newly adopted Zoning Ordinance… In so doing, the three sites were granted heights to 130ft as an “overlay” to the underlying zoning, allowing almost three times the zoned height where two of the sites are identified on Ocean Avenue, one being the Miramar Hotel, and the second a site at Ocean Avenue and Santa Monica Boulevard.

A condo/hotel project is currently proposed for the Ocean Avenue/Santa Monica Boulevard site. The location was approved based on it being said that it is a “large” site, different from adjacent “smaller” sites. The fact is, however, that the site is made up of separate parcels, with an alley that separates them, and they do not seem to be legally tied (via legal lot tie and so recorded) though they are apparently under single ownership. One has to wonder how allowing an almost three times height increase for a proposed project of private high-end condos with some hotel rooms is “in the public interest”? It is clear that it is in the developer’s interest, but what is the public benefit, or interest? It is also possible that the proposed project could fail to go forward, yet that site will have the benefit, to its developer, of additional height not permitted to other adjacent parcels, and presumably could be sold at a significant profit without having had to build anything. Other projects, recently approved with extraordinary special rights, such as The Village Trailer Park, were sold at significant profit after special approvals, without the developer having turned a shovel of dirt. “Public interest”? Really?

In addition, what precludes another developer from theoretically purchasing several contiguous sites along Ocean Avenue, or elsewhere downtown, recording them as a single “large” site, and then asking for the same 130ft height “baked in” (to quote the council) to the other three sites. The DCP limits those heights as an “overlay” to only those three “established opportunity sites”, thereby giving them special treatment over similar sites and use requests. Would that not then constitute having “spot zoned” the three sites by denying equal opportunity to others.

By changing the LUCE to conform to the final DCP, the argument appears to be that the three sites are not spot zoned because they are in conformance with the gerrymandered zoning overlay. Not being an attorney, this type of issue and determination is beyond my capability to offer a legal opinion, but I suspect at some point someone will pursue a court action to determine why only these three sites rate special treatment “in the public interest”. Wonder what that interest would be?

The third site is the long discussed 4th/5th and Arizona site owned by the City. That site has had several public hearings as the City has been involved in negotiations with a private developer for a very large 10+ story commercial office/hotel project with a nominal 48 residential units. Most egregiously, the newly adopted DCP has no public open space set aside, identified or suggested, and this project has encountered extraordinary resident push back demanding that the city owned land should be a plaza/park for the “people”. … How is it “in the public interest” to consider a large privately owned commercial/hotel project on city property, while ignoring and denying the ”people” any semblance of public open space within the entirety of the boundaries of the downtown. Not one spot zoned for you!

So there you are, stars in the eyes of the city apparatchiks for large scale projects, chasing revenue to pay for bloated budgets and salaries, and an unfunded massive pension obligation.

As Paul Simon penned, “no one dared, disturb the sound of  silence”. Isn’t it time to change that.