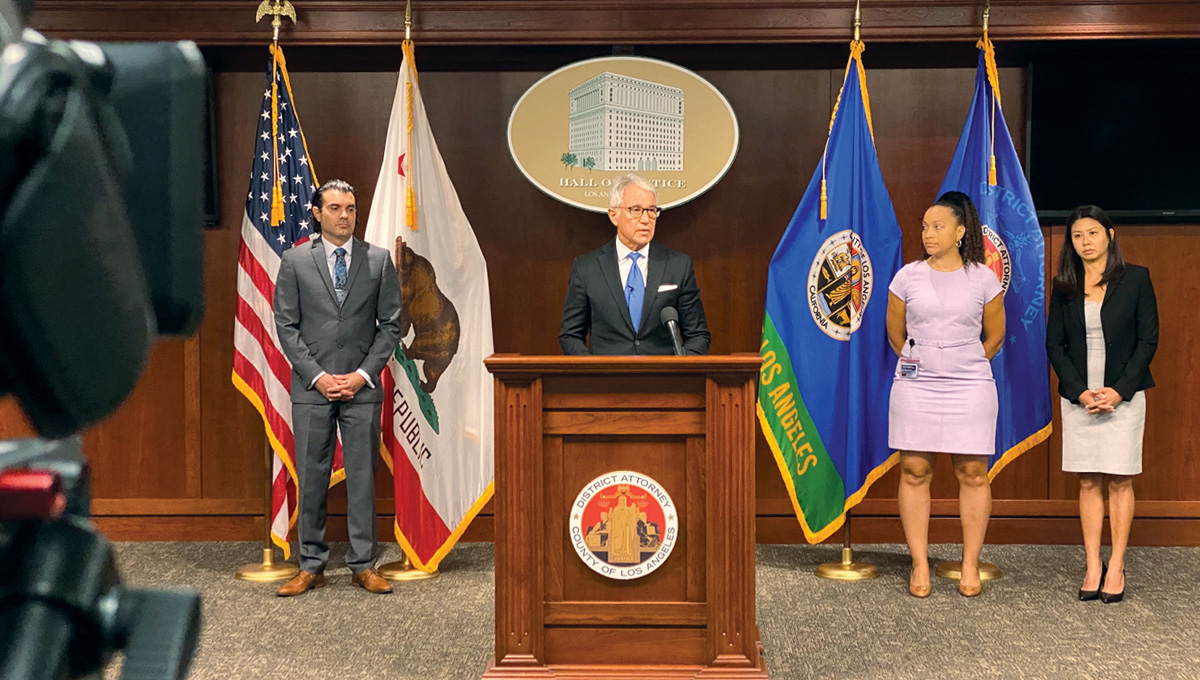 The campaign to recall progressive Los Angeles County District Attorney George Gascón has officially turned in its petitions to the Los Angeles Registrar-Recorder/County Clerk’s office for verification in their attempt to get a recall on the ballot.

According to the statement from the Registrar-Recorder/County Clerk’s office Dean C. Logan, the raw number of signatures that the recall campaign turned in is 715,833 signatures as of Monday.

The press release from the Registrar/Recorder said, “The RR/CC must complete the review and verification of the petition signatures no later than August 17. As authorized in the California Elections Code § 11225, the RR/CC will use the random sampling technique for the verification of petition signatures. The random sample is 5% of the total number of signatures submitted. Based on the random sampling results, the petition will be certified as sufficient, require verification of all signatures submitted, or certified as insufficient. These outcomes are determined based on the procedures and legal thresholds for sufficiency set forth in the California Elections Code and California Code of Regulations. If the petition meets the sufficiency requirement, the RR/CC must certify sufficiency to the Los Angeles County Board of Supervisors at its next regular meeting.”

If the signatures are verified and after the signatures are certified as sufficient to the LA County Supervisors, according to the LA Registrar-Recorder/County Clerk, “The date of a recall election will be based on the timing of the verification and determination of sufficiency. The earliest a recall election could be held would be at the same time as the November 8, 2022, Gubernatorial General Election. If conditions are not met, a Special Recall Election would likely take place between late December 2022 and mid-January 2023.”

Gascón has been under fire since assuming office in December 2020, when he came out with directives his critics say are being soft on crime. The directives include ceasing pursing the death penalty, banning transferring juvenile defendants to adult court and ending most filing sentencing-enhancements.

The DA has repeatedly defended his rules, arguing his views were known during his campaign and winning an election is indicative of public support for his agenda.

In an emailed statement from Elise Moore, spokesperson for Gascón, “We are waiting to hear the official count of validated signatures. This will likely take several weeks. In the meantime, we remain focused on the work of keeping communities safe and creating a more equitable justice system, as we have been since day one.”

“We’re, we’re cautiously optimistic. I think this was the most signatures for a local recall ever submitted in the history of the United States. Just on a per capita and time basis. This was by far the most ever collected. So we think the residents of Los Angeles County are sending a loud and clear message that they want George Gascón out of office because he has failed as a district attorney. So we’re grateful for all of the volunteers and victims and law enforcement members and Deputy District Attorneys who’ve stepped up and put in their own time, who relived the worst moments of their lives in order to inform the public about just how bad George Gascón’s policies are. We are confident. What I do know and I can say 100 percent confident that if this recall does ultimately qualify, as we believe it will, the voters will remove Gascón from office,” Lineberger said.