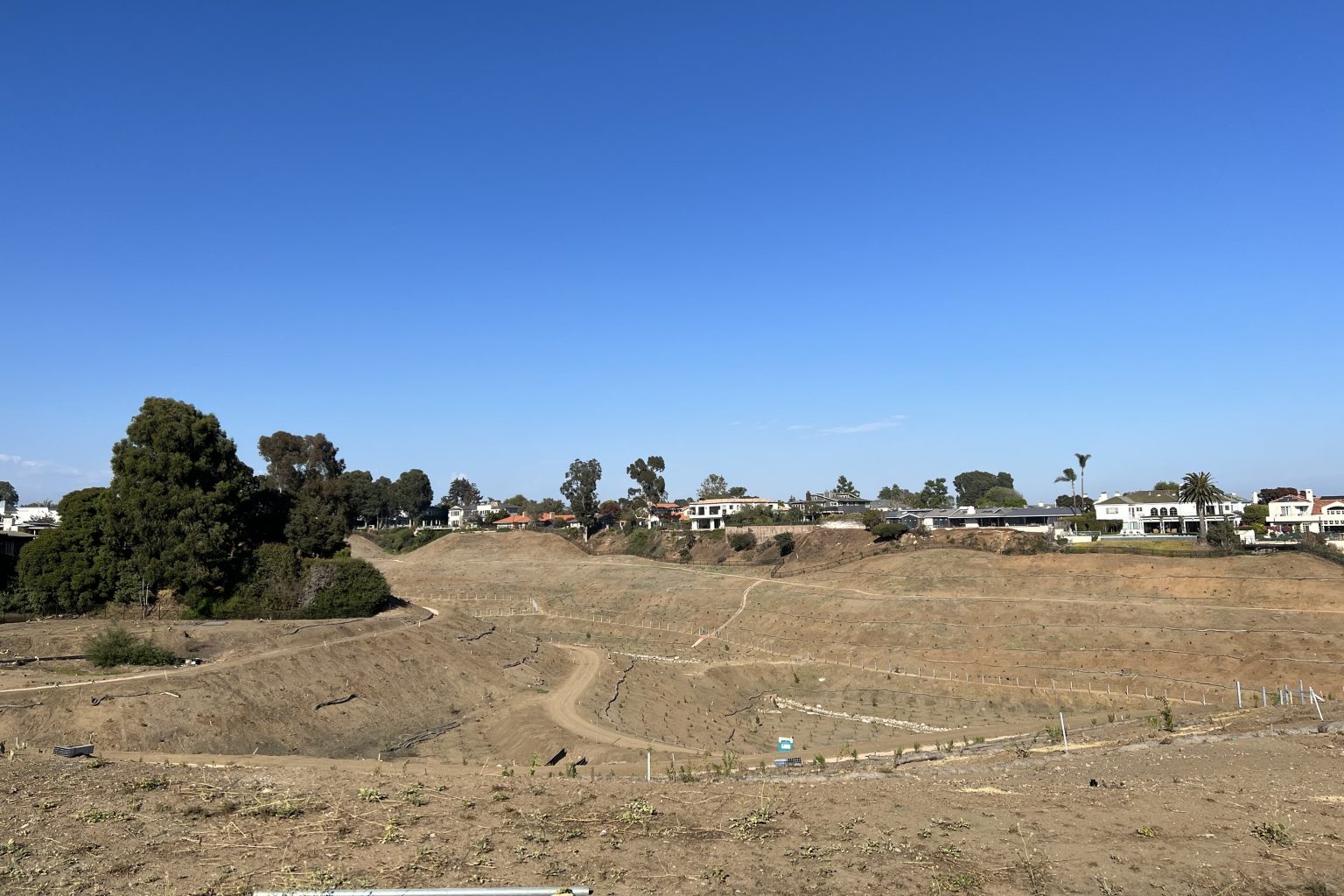 A recent update from the City of Los Angeles’ Department of Recreation and Parks Facility Repair and Maintenance Task Force’s work on George Wolfberg Park at Potrero Canyon was revealed during a virtual meeting on June 16 as reported by The Palisadian Post.

During that virtual meeting, Kristen Ly, project manager for the park’s landscaping phase said, as quoted by The Palisadian Post, “The landscaping phase of the park is approximately 50% through construction. The Palisades Recreation Center parking lot was open to the public at the end of May, and irrigation and landscaping efforts continue.”

As of now, 10,000 plants have been planted in the canyon so far and excavation for the installation of a new pump station near Pacific Coast Highway has begun according to Ly.

The park will consist of 46 acres of passive park that the city has spent decades planning and developing. There will be picnic areas and the park itself will be a pathway from Pacific Coast Highway and the Palisades Recreation Center. The landscaping will be riparian and the park will also include scenic ocean views, more access to hiking trails that are nearby and gates and fencing to make sure that park hours will be enforced.

This update was issued because of the request of a resident of the Pacific Palisades, Board of Recreation and Park Commissioner Joe Halper. Halper sent a letter to inquire about the status of the communication between the City of Los Angeles and the California Coastal Commission.

Kristen Ly responded to the request at the meeting and said, as quoted by The Palisadian Post,

“Since April, the city has had multiple meetings with the Coastal Commission staff, and have provided all necessary documentation and information requested. This includes a general progress report for the Potrero Canyon Park project, as well as a permit amendment application for the pathway leading down from Friends Street. Additionally, city staff has been working closely with the Coastal Commission and representatives from Caltrans to continue discussions regarding property rights for the lateral trail from the entrance of the park by PCH to the Temescal Canyon Road intersection.”

One of the changes in the plan was that a gate that was previously set for Friends Street but the California Coastal Commission made a request to the Bureau of Engineering that would amend the Coastal Development Permit to include a pathway that would connect the path with the main trail of the park according to Norman Mundy, an environmental supervisor with the Bureau of Engineering.

In addition, the Coastal Commission asked for additional information regarding the irrigation system for the park according to Mundy. Halper then asked if there was any way to expedite this request, so as to save time and money, and Mundy responded that the task force that the Coastal Commission was doing its best and working “constructively” to resolve these issues.

During public comment, there were four local residents who spoke about the park including Jeff Spitz, a 30-year resident of the Palisades who said while he fully supports the park development and, as quoted by The Palisadian Post, it would be a “wonderful thing for the community and the city at large,” he warned that he and 40 others “strongly oppose the Friends Street entrance.” as quoted by The Palisadian Post.

Spitz added, as quoted by The Palisadian Post, “At the time, in 2008, the report issued by the [Potrero Canyon Community Task Force] said there would not be west rim access—which is what Friends Street is—absent public support. And while I know there are certain individuals who support this … there is very strong opposition in the local community.”

David Card and Anya Wolfberg McCann, two other local residents spoke in favor of the Friends Street Entrance and cited the need for the entrance to assure public safety since it would provide easier emergency access and remove the need to look for parking at the Palisades Recreation Center.

David Card said, as quoted by The Palisadian Post, “There are thousands of people that live on that west mesa that would otherwise have to drive to the park at the Rec Center at the north end in order to try to find parking that is woefully inadequate and congested, not only for the east rim residents there but also for the park itself and the business district that are all tied together right there at the northern entrance of the park.”

If you would like to voice your opinion on the issue to the Board of Recreation and Park Commissioners please email: rap.commissioners@lacity.org.