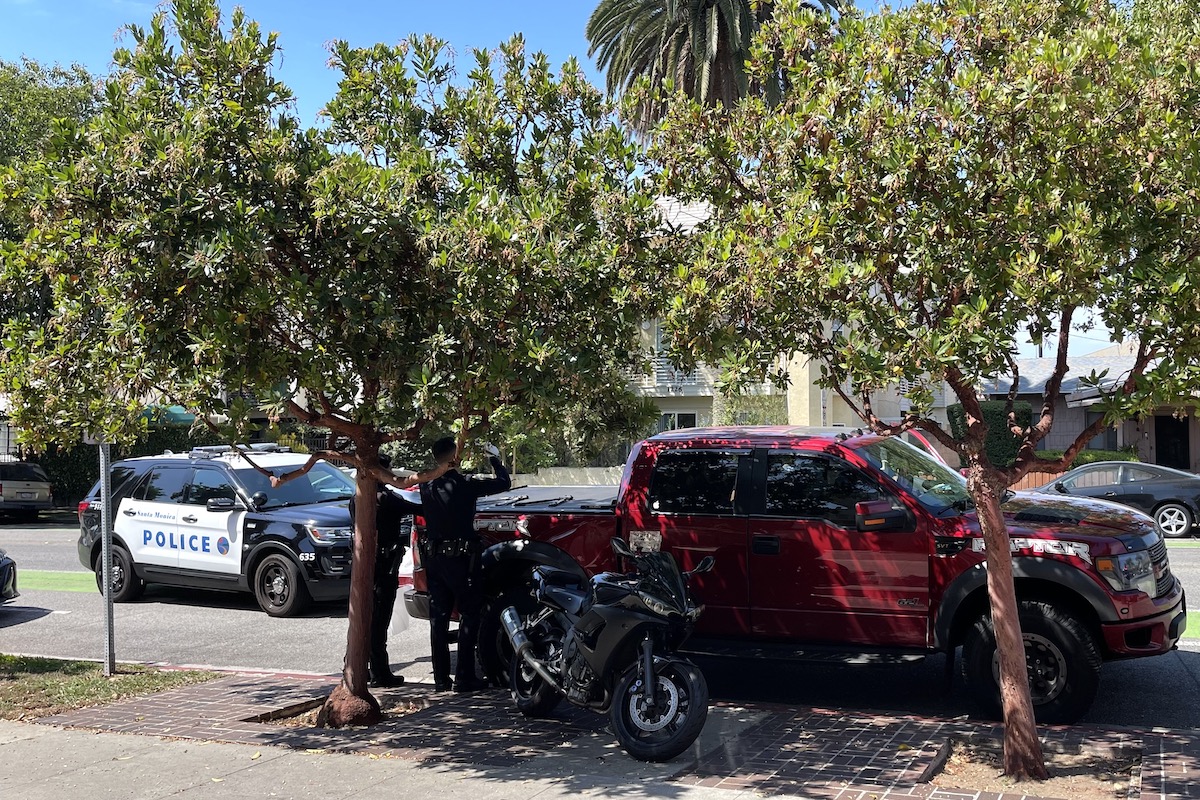 A man was arrested in Santa Monica over the weekend for attempting to steal a parked motorcycle in broad daylight.

According to the Santa Monica Police Department (SMPD0, on July 17 around 9:45 a.m., officers responded to the 1200 block of 11th Street regarding a possible theft of a motorcycle in progress.

SMPD officers quickly arrived on scene and stopped behind a red pick up truck, parked in the red zone, behind a motorcycle.

“The motorcycle had its cover off and lying beside it.  Officers made contact with the driver of the red vehicle.  A subsequent search the truck, resulted in officers finding multiple tools which officers believed are commonly used as burglary tools, glass pipe commonly used to smoke methamphetamine, crystalline substance resembling methamphetamine and a black pellet handgun,” the SMPD said.

There was no damage to the motorcycle and a lock was still on it, according to police

The driver of the red pick up truck, Gildardo Rojas, a 48-year-old man from Los Angeles was booked for possession of burglary tools, possession of methamphetamine and drug paraphernalia, as well as being an unlicensed driver.