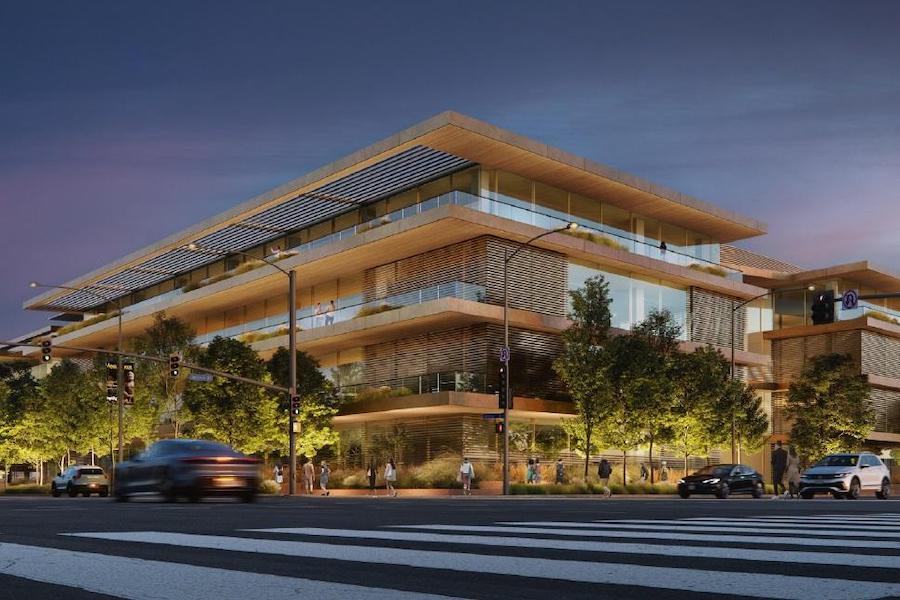 Culver City has published a draft of the Environmental Impact Report (EIR)–including new renderings–for the proposed plans from Apple to build a new campus in the city at Venice and National boulevards as reported by Urbanize Los Angeles.

This complex would be able to hold about 2,400 employees and other occupants. There would also be room for “associated production spaces for multimedia content creation and capture”. Proposed employee amenities would include an “employee cafeteria, coffee stations, employee shuttle service” and a “7,120 square feet publicly accessible, privately maintained amenity area along Washington Boulevard.”