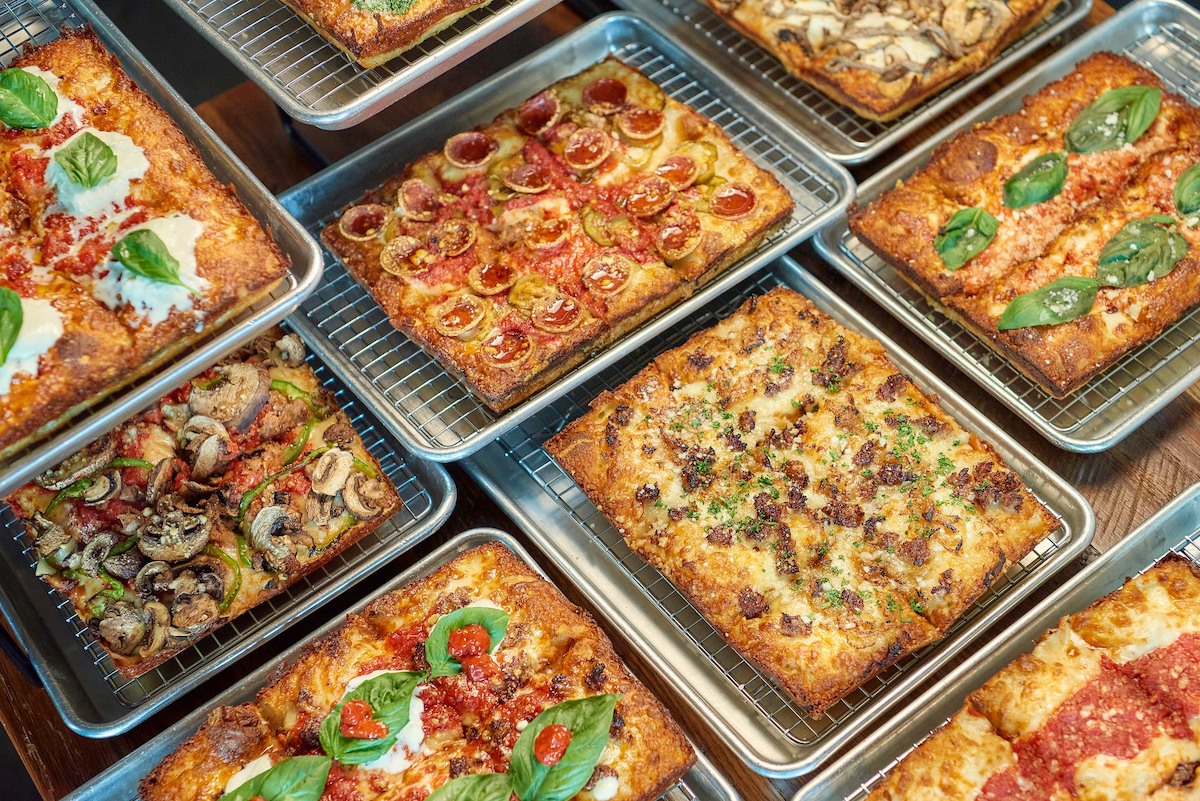 A popular NY pizzeria will be coming to Santa Monica by the end of the month, as reported by Eater Los Angeles.

Emmy Squared Pizza was founded in the Williamsburg area of New York City in 2016 and its website states that “We combined New York style grandma pie with Detroit style, and then topped it off with an added dose of culinary creativity. Each pizza has a fluffy focaccia-like dough, topped with a caramelized, crispy cheese (known as the ‘frico crust’), with a myriad of toppings.”

But that’s not all that the restaurant has to offer, Emmy Squared also serves “Le Big Matt”, a double-stacked burger that was voted “one of ‘The Best New Burgers in NYC’ by Gothamist, listed as one of the ’20 Best Burgers in NYC’ by the Infatuation, and was named ‘#1 Best Burger in Nashville’ by The Tennessean and Nashville Lifestyles.” You can also find salads: caesar, spinach and asparagus, brussel sprout and the “huge hot chicken wedge” that comes with Nashville style hot chicken and sandwiches served on pretzel buns.

Emmy Squared Pizza will be sharing the space at 1920 Colorado Ave, Suite C in Santa Monica with Santa Monica Brew Works. According to Eater Los Angeles, the new pizza spot will do take-out and delivery through food apps in the daytime and serve in the beer garden space at night.