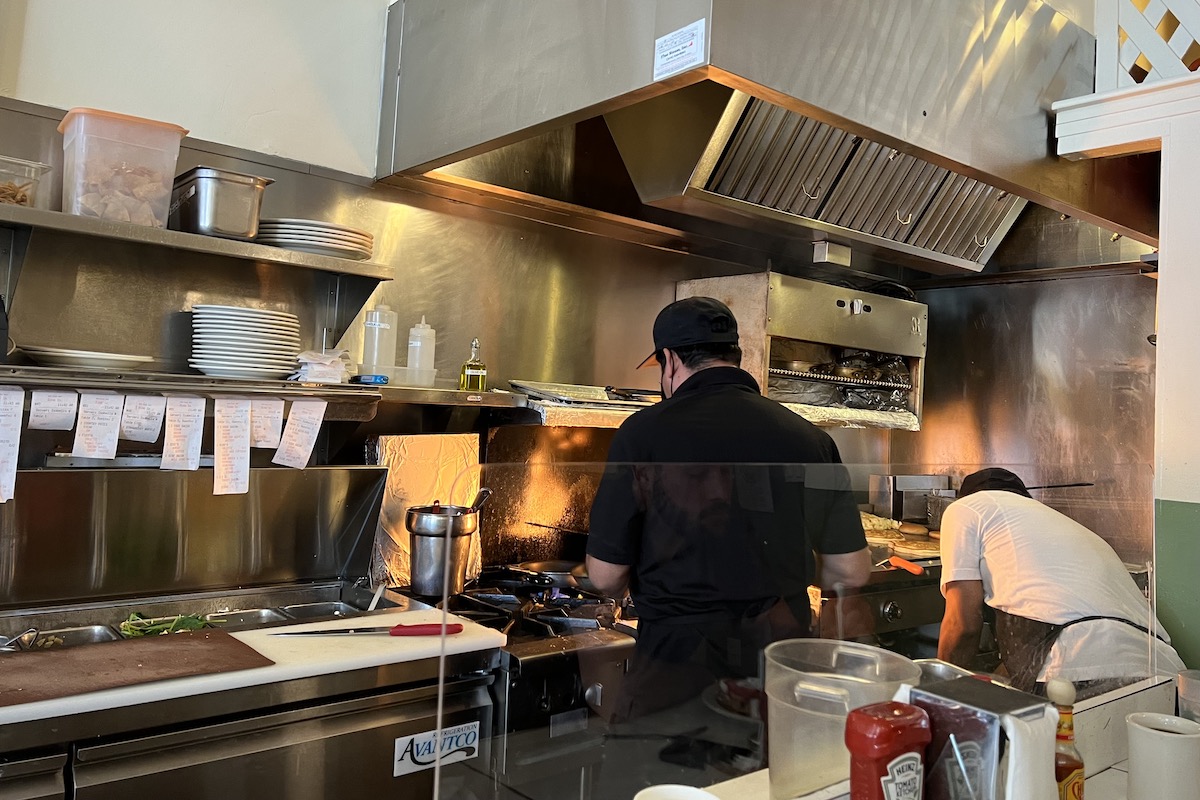 Minimum wage recently increased in Santa Monica by nearly $1 per hour. Hear what local business owners have to say about this wage hike.

As of July 1, the minimum wage in the City of Santa Monica has been increased from $15.00 to $15.96. This law applies to employees who work inside the borders of Santa Monica for at least two hours a week, regardless if the company’s headquarters are located in Santa Monica.

Employers must also provide employees in Santa Monica with paid sick leave at rates designated by the following rules:

In Santa Monica, there is also a separate minimum wage that applies to hotel workers, hotel contractors, valets, maintenance workers, and janitorial or cleaning workers which will rise to $18.17 per hour starting on July 1.

According to the City, employers cannot reduce hours, wages or benefits that an employee receives normally as a worker under the penalty of Santa Monica’s Minimum Wage Ordinance. The city can levy administrative, civil or criminal enforcement against employers for retaliation or discrimination against workers and workers are also allowed to sue employers who attempt to penalize them for insisting on their rights under the ordinance.

Here are what three Santa Monica business owners had to say about the recent minimum wage increase.

Marcelino Miyares Jr., Chief Operating Officer of Buena Vida Tea, spoke to the Santa Monica Mirror in a phone interview. The tea shop, located on Montana Avenue near Lincoln Boulevard, opened earlier this year. With the recent wage increase, around half of the employees at Buena Vida Tea will get pay bumps.

“We’re a brand new business, so, fortunately, we knew it was coming we opened in January. We were able to plan for it. I would say that about half of our employees, were at minimum wage, so we’re going to have to raise them. The others are above the minimum wage. So there’s not going to be any, any change there. I’m more worried about supply chain inflation than I am about the minimum wage increase,” ​​Miyares Jr. said. “As business owners. We’re not against it and we had planned for it. So I think we got other headwinds to deal with in the economy.”

“We in the restaurant industry have a bitter, sweet relationship with the minimum wage increase, I think that we want our industry to be a livable industry. I think the challenge with minimum wage increase with restaurants is that so much is based on the payroll, it’s not as simple as just giving employees an extra dollar a year or whatever it may be. When payrolls go up, insurance policies go up, whether it’s workers’ compensation or employee liability insurance, as well as the taxes we pay to the state for employer share, or unemployment so, at the end of the day, the employee isn’t the biggest benefactor of the minimum wage increase, I think it has a much heavier burden on the business than just giving a simple dollar to two people who are at the minimum wage, which is typically the front of house who are highly compensated for gratuities,” Dixon said. “In Santa Monica, there was a delay in announcing the minimum wage increase, whereas the City of Los Angeles had announced it very early on in the year. So I think it took a lot of businesses by surprise.

Dixon also noted that the wages laws relating to sick pay will be a burden the company.

“We also have really high sick time that is required for businesses, it’s 72 hours a year to supply employees with as well as the state-mandated 80 hours of COVID pay that they’ve extended to the end of the year, which there isn’t any kind of tax break or return for. Whereas last year, I’m not sure if you’re aware of this, but the COVID pay was offset by tax credits. We’re burdened with additional kinds like COVID sick pay. So now, businesses in Santa Monica are having to pay out of pocket up to 142 hours of sick pay,” Dixon said.

Dixon went on to say that he thinks there is a disconnect between local officials and small business owners in Santa Monica.

“It’s been a challenge, to really take care of our team and our staff while maintaining fiscal responsibility to be able to make sure we can continue supplying people with jobs and with health care,” Dixon said. “I think a lot of people in government are not business owners or operators. And so there is a disconnect with what it takes for a small, small business to be able to survive. Again, I think the intention, it’s well-intended, a well-intended thing. We see the cost of living going up substantially, landlords are making a lot more money, insurance companies are making a lot more money, and everything around us is increasing. So yeah, of course, it makes sense to increase the minimum wage. But again, the employee is not the biggest benefactor of that, the government makes more money off of it, insurance companies make more money off of it. It really just, they, they kind of put all the burden on the business to shoulder the weight of these costs. And the small business community is just collapsing.”

Are you an employee working in Santa Monica who has benefited from this wage increase? If so, email dolores@mirrormediagroupla.com to share your thoughts.