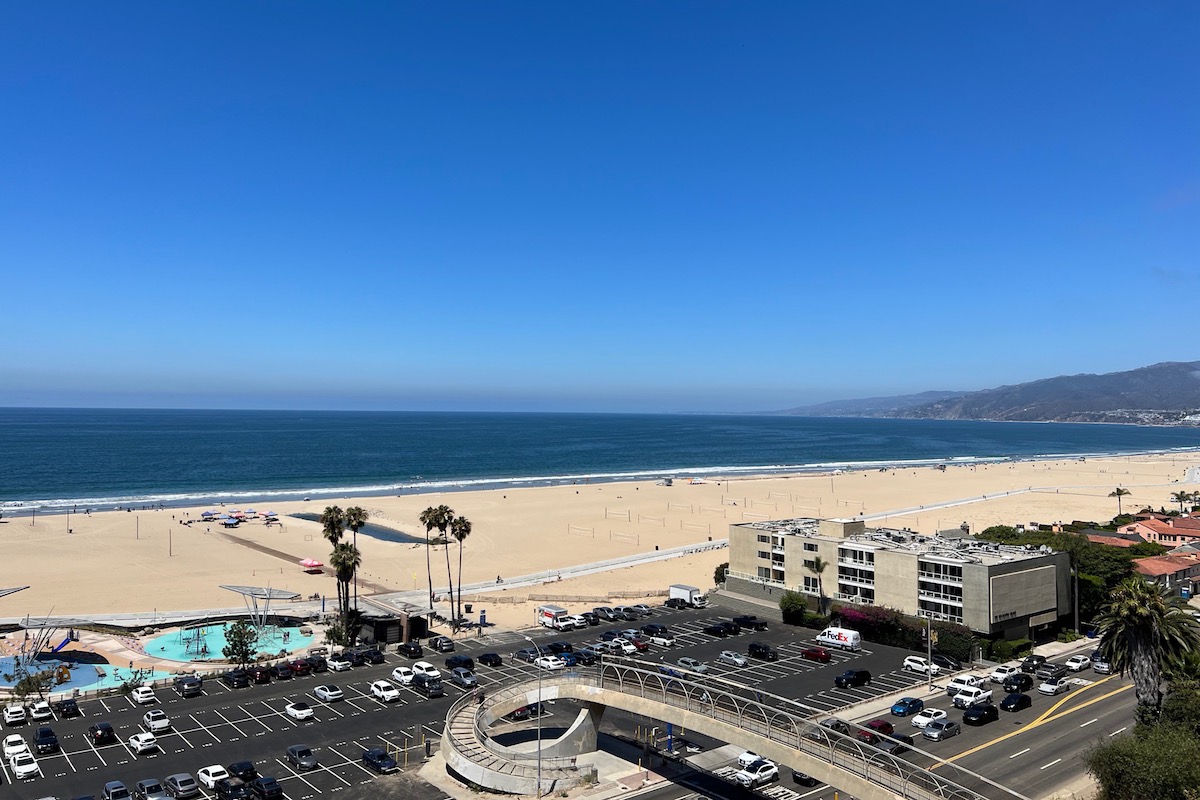 Santa Monica City Council recently voted to look into building services for homeless veterans at what is now a parking lot next to an exclusive private beach club.

On June 28, the Santa Monica City Council voted on a motion proposed by Councilmembers Oscar de la Torre, Phil Brock and Christine Parra to allocate $10,000 to the City Attorney to pay for a title review on the deed of March 3, 1888, by Arcadia Bandini de Baker. De Baker, who was central development of Santa Monica, granted the property just to the north of the Jonathan Club, “specifically and permanently for the healing and enjoyment of disabled veterans of the United States,” according to the motion.

The three councilmembers want to “ensure that land and funds promised to support veterans actually reach the intended recipients.” The property, located at 772-798 Pacific Coast Highway, is currently being used a City-operated parking lot and playground.

If the title is found to have been fully and properly executed by de Baker in 1888, the motion’s language calls for informing the State of California of this.

“A municipality that was, against the language of the Deed, allowed to control this beachfront property by the State of California, that also violates the Deed, must do the legal, moral, and ethical thing and, like the City of Manhattan Beach, acknowledge the deed exists and inform the State of California that this is land with the specific purpose to having a ‘pavilion and a beach-house’ for the ‘residents’ of the “’home’ (WLA),” the motion reads, referring to the 525 acres of land  where the West Los Angeles Healthcare Campus now stands donated by de Baker and Senator John P. Jones. “America’s moral obligation to genuinely care for her defenders belongs here, permanently, and the beachfront property is an integral part of the vision to keep that obligation alive.”

During the City Council meeting, a number of veterans gave public comments on the issue. Francisco Juarez likened the situation to the recent case where the city council of Manhattan Beach voted to return Bruce’s Beach to the rightful heirs of Willa and Charles Bruce after the land was stolen from them through the exercise of eminent domain. He stated that because of the Bruce’s Beach precedent, the active National Home for Disabled Volunteer Soldiers veteran declares that the beachfront property under discussion exists specifically, permanently and exclusively for the enjoyment of disabled veterans. He called upon the City of Santa Monica to exercise its “ethical integrity” to acknowledge the deed’s terms, conditions, spirit and intent of this “veteran beachfront property.”

Veteran Rob Reynolds, who helped get homeless veterans inside the West Los Angeles Healthcare VA Campus, spoke about how de Baker had a vision when donating the land in 1888.

“She donated land in West Los Angeles and she donated land in Santa Monica to be a home for veterans and a place to help them heal when they come back from combat. It’s really sad that [her purpose] has gone away over the years,” Reynolds said.

Veteran Ann King, a Marine Corps veteran, said that she and her son, who was with her in the chambers, had been homeless themselves. She said that she was eventually able to get off the streets, not with the help of the VA, but from another charity, but when she went to the VA campus in West Los Angeles for help as a veteran that she was turned away and remained homeless for another year and a half. She said that she was there to let the City Council know that what she went through as a soldier still really affects her as a veteran. She stated that she had lost people and was there to ask for compassion and that veterans would love to have a home where they feel welcome and where they can heal together. She brought up the point that only veterans truly understand another veteran’s experience and that veterans need that kind of community to heal the wounds that they carry in their spirits.

Councilmember Gleam Davis pointed out during the meeting that if the deed is judged valid, the title to the land would belong to the Federal government and that the City of Santa Monica would have no power to make any changes or build a homeless veterans facilities.

City Councilmember Phil Brock said during the meeting that the plight of disabled veterans who have been ignored for so long and who weren’t given a chance to heal from their wounds or allowed to recover from mental stress is shameful for the country. He expressed gratitude to the veterans who spoke before the council and added that he wants to see a day where every veteran is taken care of because they went to fight for our freedom even sometimes when the cause was dubious.

Councilmember Oscar de la Torre said, in an emailed statement, that “Los Angeles is the capital of homeless veterans in our country. It is estimated that 10% of LA’s homeless population comprises disabled veterans. We have an obligation to seek every way to fulfill our commitment to the men and women who have made sacrifices to defend our nation and as a result, are in need of our support.”

“Santa Monica must be seen as a leader in providing effective solutions to the crisis we see growing on our streets. If we can focus on supporting homeless veterans, with land donated for that purpose, we will be fulfilling our obligation as a City.