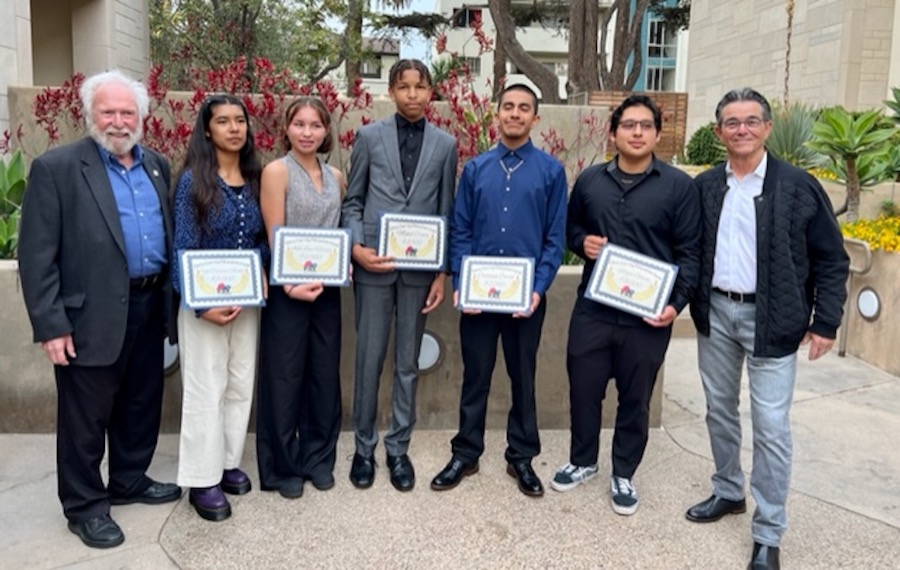 Now in its 20th year, more than 115 scholarships totaling more than $320,000 have been awarded to PAL youth in the Santa Monica community

The Chris Carrey PAL Education fund was created through a joint gift from Ed Simmons, Standard Parking and Neil and Karen Carrey. This fund provides scholarships for post-high school education expenses to PAL members who meet required criteria, shows financial need, successfully completes an application package, and is selected by the Chris Carrey PAL Education Fund Committee. Now in its 20th year, more than 115 scholarships totaling more than $320,000 have been awarded to PAL youth in the Santa Monica community.

“The PAL community comes together each year to honor the best and the brightest of our youth and helps to guide them on a path of future academic success,” says Eula Fritz, Director at Santa Monica Police Activities League. “I’m grateful to all involved in creating, hosting and providing funds for our Chris Carrey PAL Education Scholarships program. A special thank you goes to Ed Simmons and Standard Parking and Neil and Karen Carrey.”

The PAL Scholarship awards are in memoriam to Chris Carrey, who lived in Santa Monica for all 16½ years of his life. He was an excellent student, having attended school in the Santa Monica-Malibu Unified School District. Chris was very active in youth sports and especially excelled in tennis. He also played the bass guitar. However, most of all Chris wanted to become a chef. Chris performed his community service at PAL. He would have been proud of the PAL kids going on for additional education after high school. He would have also been proud that scholarships to help PAL kids with education are being awarded in his name.