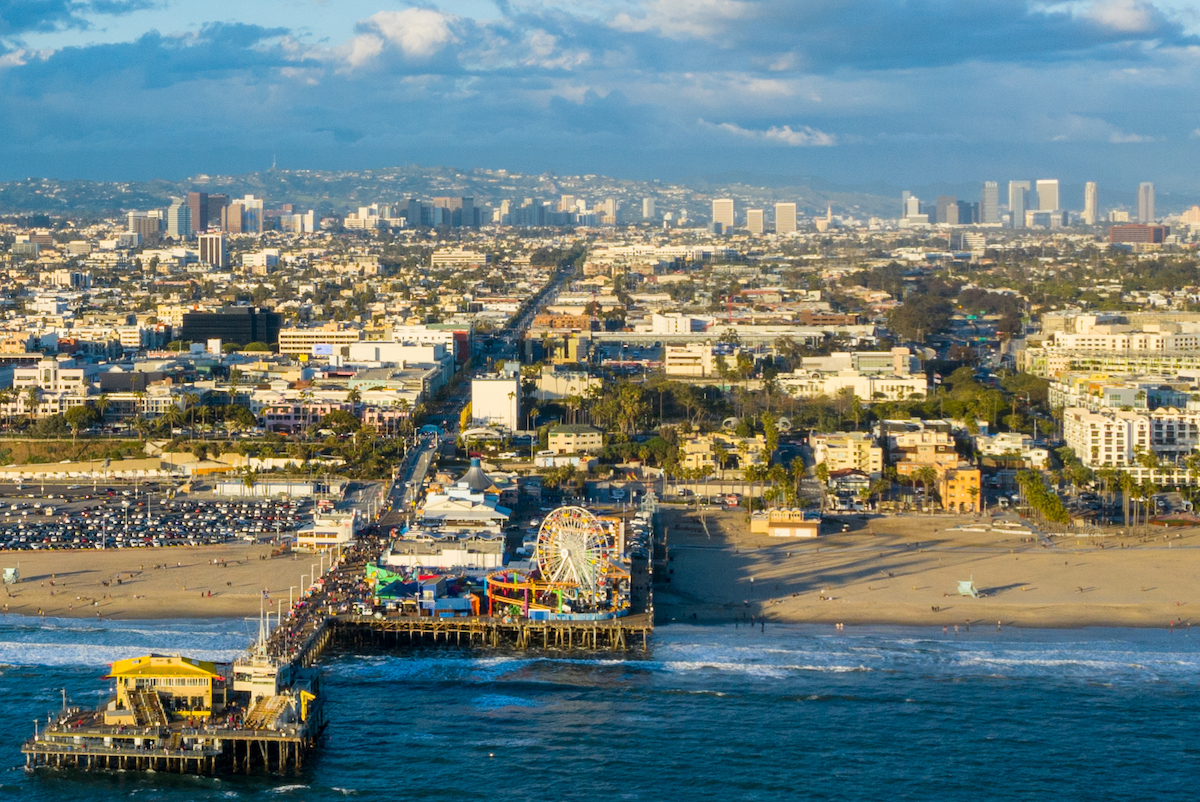 The City of Santa Monica is surrounded on three sides by the City of Los Angeles. Therefore, while the jurisdictions are different, the development processes, pressures and outcomes are very similar. This article by a SMart guest columnist, Dick Platkin, explains what is happening in Los Angeles as both these cities struggle to implement the implausible and impossible affordable housing numbers required by the State of California’s Housing and Community Development  mandates to be built  over the next 8 years. Many of the things he describes here about Los Angeles, are directly applicable  to Santa Monica. This article first appeared in City Watch (CityWatchLA.com) June 23.2022. Dick Platkin is a former Los Angeles City Planner who frequently writes articles about various urban planning issues that often appear in City Watch:

Garbage In, Garbage Out
PLANNING WATCH – If you wonder why LA’s housing crisis gets steadily worse, you need not look any further than the old adage: “Garbage in; garbage out.”

If you begin with a faulty theory to explain the housing crisis and design its supposed remedies, no one should be surprised that the number of people living on LA’s streets continues to climb.

This is why: The faulty theory is that zoning, planning, and environmental laws are responsible for the lack of affordable housing. If cities and states revoked these laws, they could curtail the zoning, planning, and environmental reviews of private construction projects. There would then be more housing, and prices would fall. Voila, the housing crisis would become history.

Unfortunately this theory is totally disconnected from reality. With or without the deregulation of zoning, planning, and environmental laws, real estate developers build upscale housing since it remains highly profitable. Deregulation does not raise wages or reduce rents, mortgages, property taxes, and the cost of utilities. It, therefore, does not solve the homeless crisis, and housing data for LA make this abundantly clear.

According to Redfin, in the three year between May 2019 to May 2022, the average price for a house in Los Angeles grew from $700,000 to $1,000,500. This same period not only saw selective enforcement of zoning laws, but also automatic approval of density bonus applications and 90 percent approval of zoning waivers.

It is the same story for rents, despite a jump in vacancies because of the Covid 19 Pandemic. According to Zumper, between March 2021 to June 2022 the average rent for a one bedroom apartment in Los Angeles rose from $1,900 to $2,371. The rent for an average two-bedroom apartment climbed from $2650 to $3,200 in the same period.

What accounts for these major increases in the cost of housing even though LA’s population is declining and housing construction and supply is booming? The answer is that new apartments are expensive, and they also make existing housing unaffordable to low-income Angelinos, including those with fulltime jobs. So much for the fable about supply and demand reducing housing costs! In LA the enormous demand for low-income housing goes unmet while expensive housing has perpetual vacancies, some intentional.

Q) What stops homeless people from moving into vacant apartments? A) They can’t afford the rents.

Over a slightly longer period, from 2015 through 2022, LA’s Department of City Planning reports that the City Hall approved 184,826 new residential units, 14 percent of which were affordable. At the same time LA’s population declined from approximately 3.9 million to 3,724,000 people. The addition of tens of thousands of premium housing units during a period of population decline and a construction boom failed to reduce prices.

Nevertheless, these counterproductive housing policies are fully entrenched in LA’s new Housing Element, proposed housing legislation in Sacramento, and LA Times articles and editorials. Their common denominator is supply-side, “business friendly” economic practices better known as Reaganomics. But Reaganomics didn’t work back in the 1980s, and it doesn’t work now, even though it is fully embraced by nearly all Democratic and Republican officials. It does, however, remain a great cover story for real estate investors and their appendages to pad their pockets through get-rich-quick upzoning schemes.

Like those in the Reagan era (1981-89), these true believers remain blind to the obvious. The housing crisis does not result from insufficient housing construction, but insufficient money in the pockets of people who need a place to live but can’t afford it because “the rent is too damn high.”

This counterproductive formula, nevertheless, is repeated again and again, especially in California, where failed housing policies quickly morph into anti-camping ordinances and police raids on homeless encampments, as well as still more deregulation and privatization initiatives:

By relying on the private developers to build unprofitable low-priced housing, costs have risen to the point where some affordable housing projects now cost $1,000,000 per unit. According to the Los Angeles Times, there are: “numerous factors within the control of state and local government that are to blame for the high costs of building affordable housing in California.” By numerous factors, the LA Times singles out union wages, environmental laws, and hired consultants who secure financial subsidies for private developers. Trapped within a neo-liberal consensus that ensures a steadily worsening housing crisis, the Times never considered restoring funding to former HUD and CRA public housing programs. Without a need to make a profit and hire consultants, they could easily cut costs compared to private developers.

In Sacramento, Assembly Bill 2011 is also based on similar deregulation provisions to expedite the construction of new housing in empty retail and office sites, strip malls, and parking lots. These residential projects would be exempt from the California Environmental Quality Act, lawsuits, and City Council-adopted zoning waivers. Despite the hoopla, it is doubtful that this legislation would work. First, it does nothing to raise the incomes of potential tenants so they could afford new apartments built in old commercial areas. Second, in Los Angeles developers can already build apartments on commercial parcels. LA’s endless low-rise commercial avenues could become lively residential transit corridors. Furthermore, these new apartments could avoid most zoning regulations because they qualify for Transit Oriented Communities (TOC) density bonuses. Yet, in Los Angeles developers leave these available development sites untouched, which leads to an obvious question: Why would they behave differently in other cities?

The answer is that they wouldn’t behave differently. Private developers are focused on maximizing their profits, not churning out unprofitable low-priced housing. To pretend otherwise might justify planning policies that financially benefit real estate investors, but deregulation cannot turn them into their opposite, local Housing Authorities designed to build and operate non-market public housing.