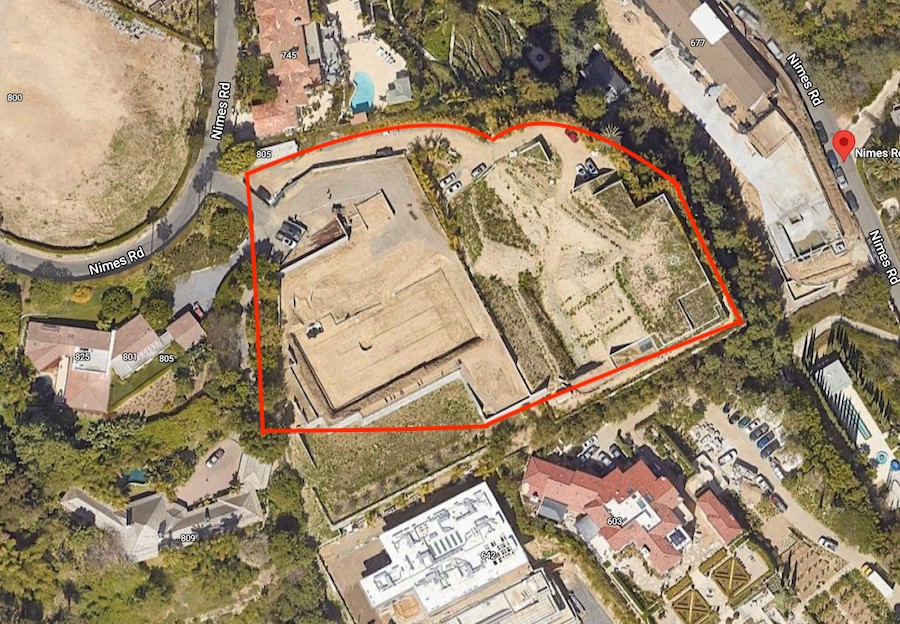 The Colombian billionaire Jamie Gilinski has raised the listing price on an undeveloped property that he is selling from $34 million to $45 million as reported by The Real Deal.com. This parcel is located in Bel Air at 805 Nimes Place and Gilinski originally purchased it from Robert Shapiro, a Ponzi scheme ringleader who was convicted of that crime. The listing has been on the market since May of 2021 so it seems odd that Gilinski would raise the price after it has remained on the market, unsold, for this long.

The listing’s description on the website of The Agency which is managed by Adam Rosenfeld and Jon Grauman says, “Located in arguably one of the most desirable areas in Los Angeles, this almost 1.3-acre flat lot offers endless opportunity. This is a rare opportunity to own the only available and permitted lot of its kind in lower Bel Air for a world class residence.”

Additionally, the listing states that the property is ready for development like so, “Site grading and retaining walls have largely been completed including excavation of a roughly 10,000-square-foot basement. The ready-to-build construction plans for a 40,000-square-foot home have been prepared by BULLI Architecture and Development which can be utilized on this one-of-a-kind trophy property. In addition, conceptual plans for a 27,500-square-foot home will be provided by acclaimed architects Woods and Dangaran.” The lot’s acreage is 1.292.

While other undeveloped lot sales in the area seem promising, two of the other recent sales sold for much less and were properties connected to celebrity names, like the vineyard sold by Sylvester Stallone and the former property of the actress Elizabeth Taylor.