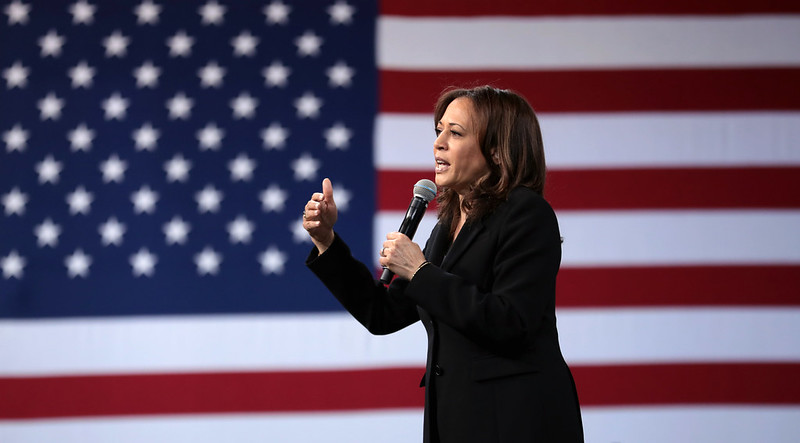 On Monday afternoon around 1 p.m., Harris arrived via motorcade at Santa Monica Fire Station #2, located at 222 Hollister Avenue. Harris and Emhoff spoke to 14 firefighters for around seven minutes and then posed for a photo with them.

Harris then addressed the deadly shooting at a July Fourth parade in the Chicago suburb of Highland Park.

“So the president and I have been in close coordination and we are being briefed on what’s happening right now in terms of the active shooter situation. We are sending federal resources to local law enforcement folks on the ground to make sure that we can help them in terms of the capture of the shooter and any investigation that will follow,” Harris said. “I am going to travel to Chicago tomorrow morning to address the National Association of Educators NEA…And I was just sharing with some of our heroes, our local firefighters that part of what I’m preparing, sadly I was preparing it before — it’s resonant every day — is a whole section on what our teachers go through. They go to school to learn how to teach our children to inspire their ambition to create the future generations of leaders and our teachers are also in training to deal with an active shooter.”

“We’ve had to be evacuated a couple of times. I’m a California kid where you know about drought and what that means. And the climate crisis and what that means in terms of creating an environment that is hazardous. Particularly for you, who are on the front line,” she said.

Harris, who was in town for six days at her Brentwood home, was set to speak in Chicago on Tuesday at the National Education Association 2022 Annual Meeting and Representative Assembly.