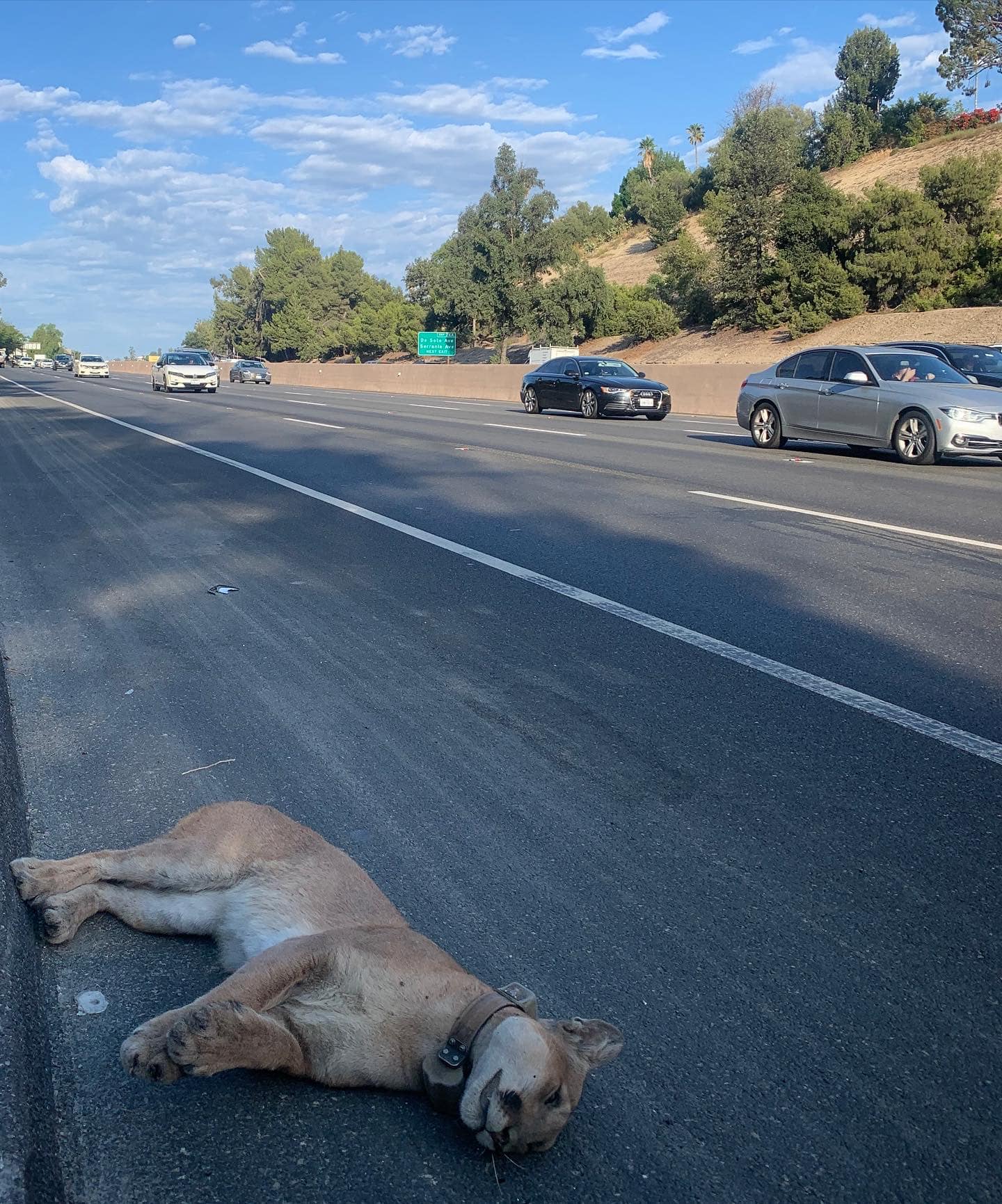 Another mountain lion was fatally struck by a car last month.

According to the National Park Service (NPS),  on the morning of July 18, a subadult male mountain lion P-89 was found dead along the shoulder of the 101 Freeway between the DeSoto and Winnetka exits in Woodland Hills.

He had been hit by a vehicle around 2 a.m., NPS officials say. Tissue, hair and whisker samples were collected from P-89 after he was killed and a necropsy will be conducted.

“The young mountain lion, found near a dense and urban area, was two years old. He is the fourth lion in our study to die from road mortality this year alone,” the NPS said. “Earlier this year, he had recently dispersed from his mother, P-65. She had given birth to a litter of three kittens in the central Santa Monica Mountains – female P-88 and males P-89 and P-90 – during the ‘Summer of Kittens’ in 2020.”

In total, 13 kittens were born to five mountain lion mothers between May and August of that year.

P-89 was first captured and marked by NPS biologists at the den on July 6, 2020, when he was about three weeks of age.

His brother, P-90, is still alive and successfully crossed the 101 Freeway in Camarillo in June, leaving the Santa Monica Mountains. His GPS locations show that he has been wandering in Los Padres National Forest. The whereabouts of their female sibling, P-88, is unknown.