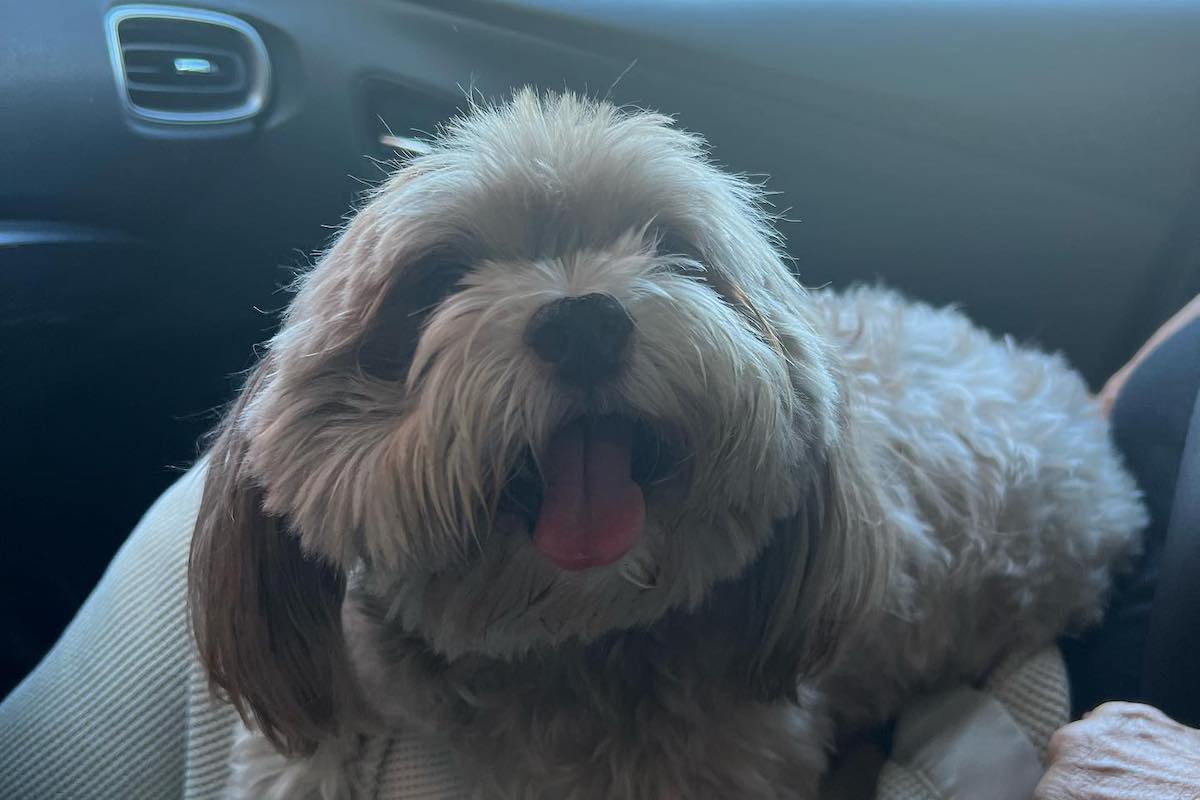 Lori Burns, a resident of Calabasas, California, took her dogs, one of them named after the musician Chance the Rapper, for a walk along Palisades Park in Santa Monica on August 14. While watching her two dogs and the scene around her, little did she know that soon she would have to rush her dog Chance to the vet on that 78-degree day.

In a Facebook post about the incident, Burns noted that the smaller of the two dogs, Chance the Rapper, “started to breathe heavily and then he just collapsed. He couldn’t stand, was panting, and staring…and not focusing.” After noticing her dog’s distress, Burns immediately rushed him to VCA Animal Hospital in West Los Angeles.

The vet at the hospital informed Burns that Chance had a temperature of 106, which is a temperature that is dangerous and can be fatal for dogs, and, according to Burns, “iced his body to try to reduce his temperature, gave him oxygen, started him on IV fluids and performed tests.” Most alarmingly, the veterinarian said, “they were not sure he was going to make it – the high fever could result in organ failure.”

After an hour, the veterinarian called Burns and informed her that the tests revealed a suspected oxycodone overdose. Oxycodone is a potent opioid medication that is usually used for acute to severe pain management and can be highly addictive.

Burns stated in the Facebook post that she then contacted the ASPCA’s Poison Control Line to get a case number and give the number to “the vet so they could start on a protocol.”

Chance was held in observation by VCA Animal Hospital overnight and made a rapid recovery while in care. Unfortunately, the experience has left the 15-pound dog blind but, as quoted by KTLA 5 News, Burns said, “I was thankful that I could pick him up the next day, bring him home and have him at least start this new chapter of his life, dark and blind. At least he’s got my family and me to love on him.”

It was Burns’ quick action that saved her pet’s life.

According to KTLA 5 News, “Burns is unsure when or where Chance came in contact with the controlled substance, but she hopes her story helps other dog owners know what the risks and signs of a doggy overdose and brings attention to the condition of some local parks.”

Pet owners would do well to be aware of and stay conscious of their pet’s behavior, which can give clues to accidental pet poisonings or other issues. According to the Web MD Pet Center, an estimated 232,000 cases of pet poisoning in the U.S. each year. In this case, oxycodone, the strong prescription medication, is suspected as the cause, but even regular household substances and medications, like Acetaminophen, Chocolate and Xylitol, can be dangerous to pets.

Symptoms of poisoning in pets can include: