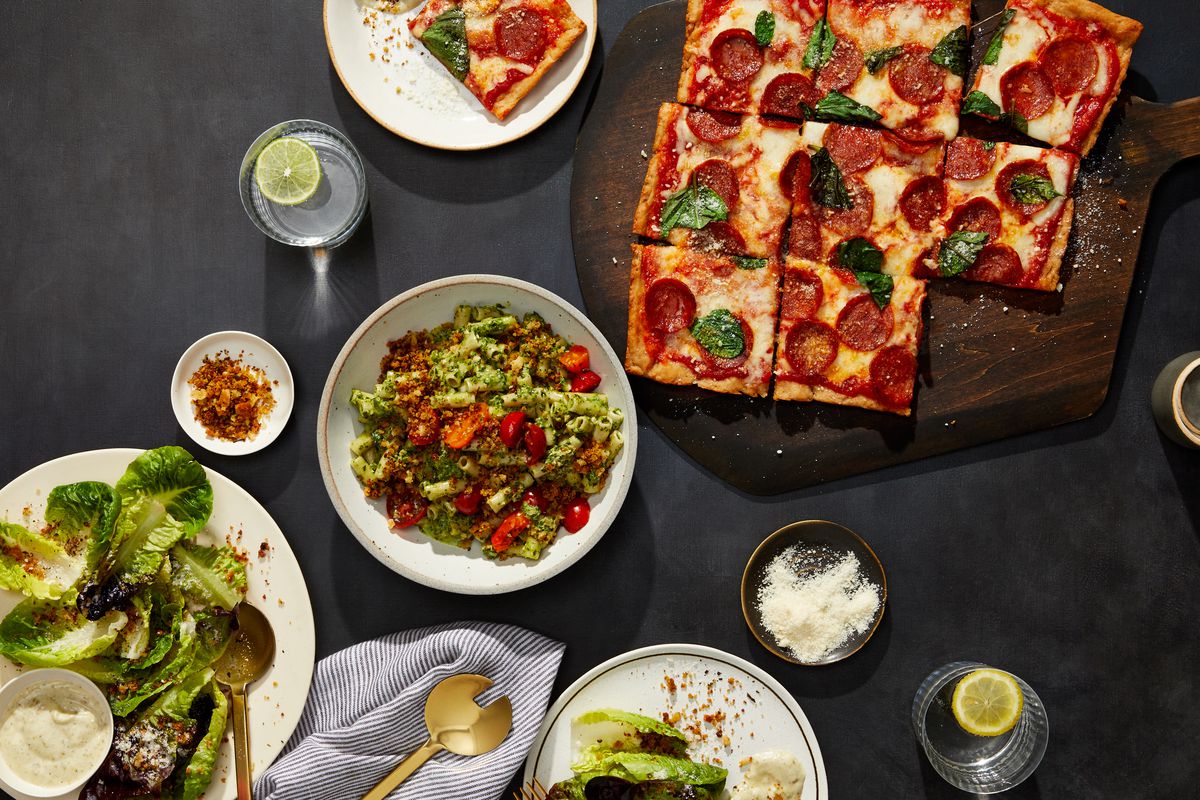 Goop Founder Gwyneth Paltrow has added another arm to her growing business in Los Angeles with the addition of Goop Superfina, a ghost kitchen run restaurant, that specializes in pizza and pasta dishes, gluten free of course, as reported by Eater Los Angeles. The Goop Superfina ghost kitchen is currently open in Studio City and will come to Santa Monica staring on August 31.

Chef Kim Floresca, formerly of renowned El Bulli in Spain, Per Se, and the Restaurant at Meadowood, and VP, Culinary at Goop, is the chef who is creating the dishes at Goop Superfina, which are described as good, clean food for everyone on the restaurant’s website. The pizza is of the square, thin crust variety, 12×12 inches. Each of the pizza selections have cute names like Pepperoni Potts, named after Paltrow’s character Pepper Potts in the Iron Man films, California Love, a kale centric take on pizza and Living On The Veg, the vegetarian pie selection among others. The pepperoni used on the pizza is Zoe’s Pepperoni, which is uncured and nitrate free.

There are three pasta options: GP’s Turkey Bolognese, made with free range, nitrate free turkey, Classic spaghetti with tomato and basil and pesto pasta, made with Roasted sunflower seeds, basil, lemon, marinated-and-blistered tomatoes and Penne, No Vodka, which is described as their alcohol free take on penne alla vodka with Calabrian chili and parmesan.

You can also find sides, turkey meatballs, roasted mushrooms and broccolini as well as a large selection of salads, naturally. All of the salad dressings that are “made in-house marked GCC are goop Certified Clean (no processed sugars, processed foods, gluten, dairy, peanuts, or preservatives).” The salad menu includes the not so simple salad, the little gem caesar salad, arugula salad, Mama Lil’s caesar, which is differentiated from the little gem caesar with the addition of watermelon radish.