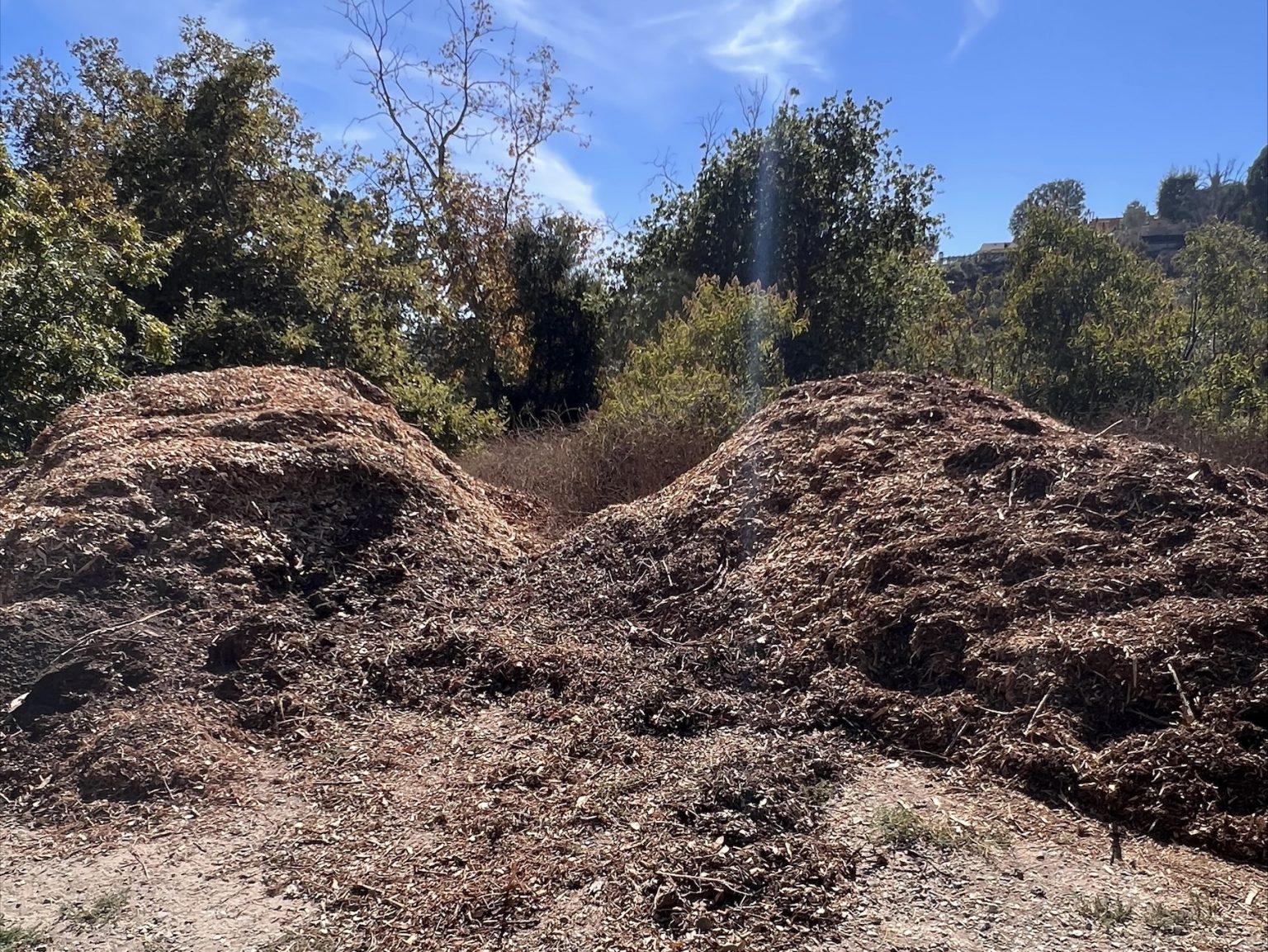 An incident of illegal dumping on the Palisades-Malibu YMCA land will cost the organization around $1,500 to remove three piles of mulch.

On Wednesday, August 10, Palisades-Malibu YMCA Executive Director Jim Kirtley was notified by a volunteer that an unknown party had dumped three piles of mulch on YMCA land that is classified as environmentally sensitive.

According to Kirtley, when he went to check how the unknown parties gained access to the land, he found that they had cut the pole that the chain was normally attached to that blocked off the area, rather than just cutting the chain itself.

The Palisades-Malibu YMCA is located at 821 Vía De La Paz in Pacific Palisades but has land at Temescala Canyon Park. Nearly all of the land north of the Malibu city strip–in the Santa Monica Mountains Coastal Zone–is considered Environmentally Sensitive Habitat Area (EHSA) by the California Coastal Commission and this includes the YMCA land that abuts the Santa Monica Mountains Conservancy’s Temescal Canyon Park. The area is also at high-risk for fires.

“It’s a fire hazard to all those homes above that area,” Kirtley said in a phone interview. “So now, whatever, person or company did this, [has] now put the disposal responsibilities onto the YMCA. Now we’re gonna have to use dollars that we could potentially have used in the community to clean up somebody’s mess. Those dollars are now going for that versus helping out a family that is in need,”

Not only did the parties responsible for the dumping leave their mulch on YMCA land, they also dumped more of the mulch on land that belongs to the Santa Monica Mountains Conservancy, in Temescal Canyon Park, as well.

According to Kirtley, it will cost around $1,500 to remove the mulch from the land.

“It’s about $500 for load, I believe, to dispose of, so with three loads it is potentially $1,500, that they got away with not having to pay for themselves. I’m going to have to have a crew come in and do that. We’ll see if we can work together [with the Santa Monica Conservancy] to maybe do it on a cheaper bid because they had a load or two dumped on their property as well,” Kirtley said.

In addition to the money that the YMCA will have to spend on cleanup, it’s possible that they may have to spend more to install security cameras as well.

“We may have to install an expensive camera system because of this which would be additional dollars that the YMCA is going to have to spend that normally would be giving to families or going towards programs to get things to families in need. I think it’s important that people know that there’s a ripple effect and how it affects the community, along with the fire hazard issue,” Kirtley said.

If anyone has any information about the illegal dumping or who may be responsible, you can email YMCA Executive Director Jim Kirtley at jimkirtley@ymcala.org.