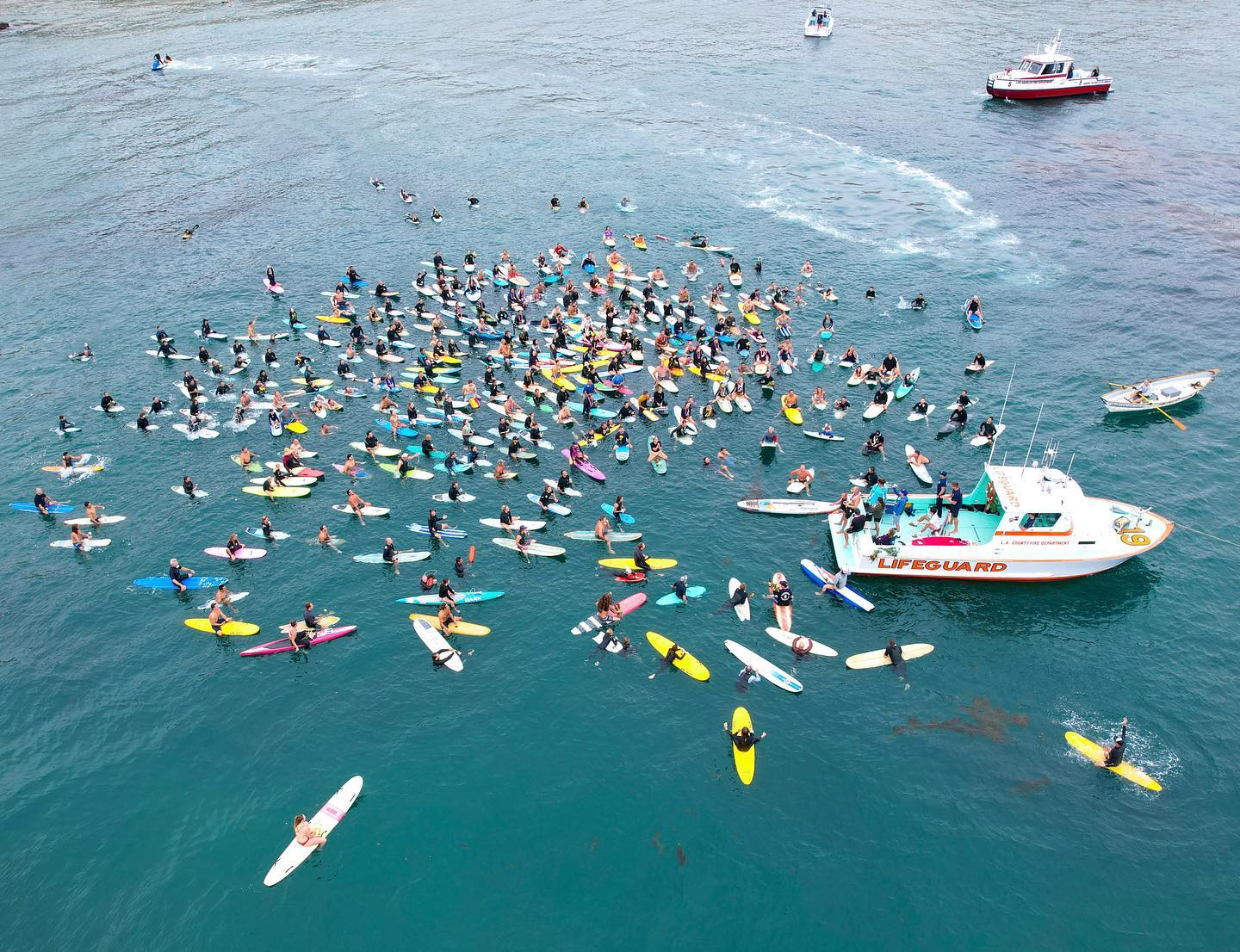 Community gathers August 21 for paddle out in San Pedro

This past weekend family, friends and colleagues gathered to celebrate the life of Derek Traeger, a local Los Angeles County Lifeguard who died in a car crash while on duty recently.

Ocean Lifeguard Derek Traeger, a six-year veteran of the LA County Lifeguard force, died in a car crash while on duty on August 14. The crash took place on the 405 freeway, south of Artesia Boulevard.

A week later, on August 21, a paddle-out took place in San Pedro for Traeger.

“This morning we celebrated the life of Derek Traeger with a community paddle out at Royal Palms Beach in San Pedro. Thank you to all the family, friends, colleagues, and agencies who were able to attend and celebrate the life of a great waterman,” LA County Lifeguards said in a social media post.

A procession was also held previously for Traeger from the county morgue in Boyle Heights to a funeral home in Lomita.

Traeger was born and raised in San Pedro where he learned to swim and surf. He was a LA County Junior lifeguard for nine years, and Cadet for two years. He swam for San Pedro High School and was captain of the San Pedro High surf team before attending California State University Long Beach.

Traeger has last been assigned to the northern part of Santa Monica Beach.

“Traeger understood better than most what it means to wear the red trunks. His passion for life, art, the ocean, and his lifeguard family was evident in every moment he lived,” LA County Lifeguards said.