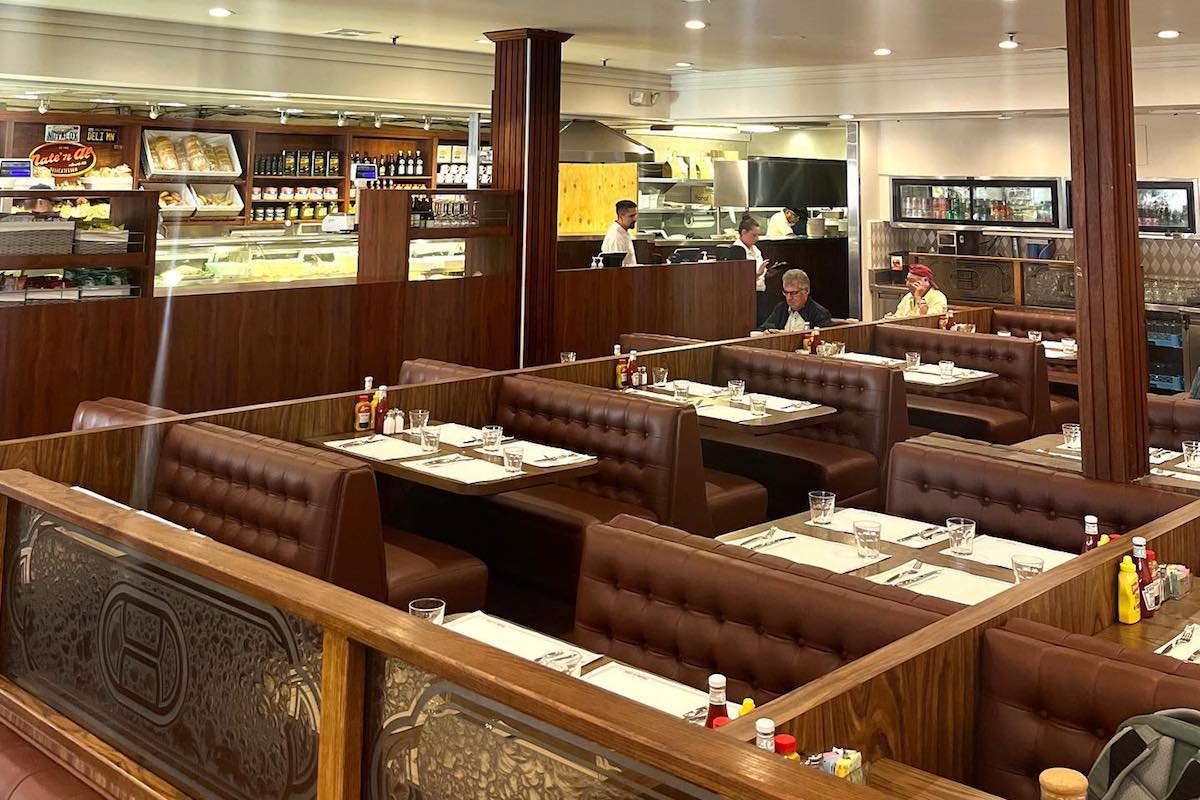 The iconic Nate ‘n Al’s Deli has reopened its indoor dining areas and you can now have a seat inside the New York-style deli from 8:00 a.m to 4:00 p.m. daily.

The restaurant was opened in 1945 by partners and friends Nate Rimer and Al Mendelson on North Beverly Drive. After 70 years, the restaurant is now owned by Shelli and Irving Azoff, who are longtime patrons of the restaurant and are now the guiding forces behind the deli. Irving Azoff is formerly a music industry executive and film producer as well as being CEO of Ticketmaster and Executive Chairman of LiveNation. He is now Chairman of Full Stop Entertainment and on the boards of Starz and IMG.

Their aim, as stated by the restaurant’s website is “bringing classic deli favorites and more to new generations of customers. We honor the proud traditions of our past while working to create new traditions and favorites. We stand behind the humble ideals that have guided Nate’n Al’s for over 70 years: quality ingredients, service with heart, and food we’re proud to share with our friends.”

The restaurant does have the standards of a New York deli menu but has added California favorites like avocado toast, breakfast burritos and babka french toast as well as Shelli’s crudite which includes hummus and is named after one of the owners.