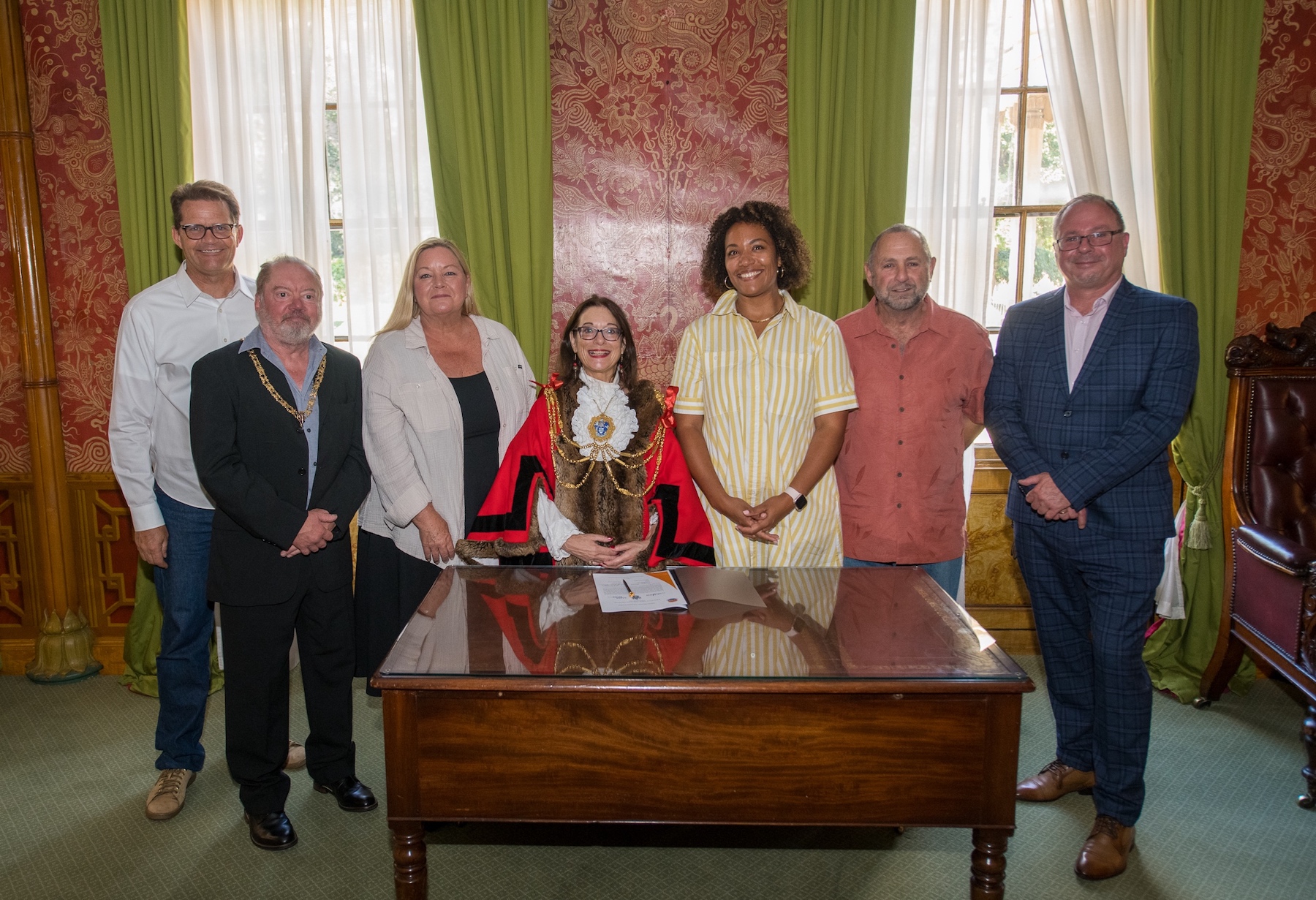 Officials of Santa Monica and Brighton & Hove in the U.K. officially signed the Friendship City Partnership Agreement on Friday, July 29, 2022, at the historical Royal Pavilion. The pact marks the beginning of the formal relationship, which aims to boost tourism between the two iconic pier cities.

“This pact started out as a way to bring a touch of Santa Monica to Brighton and encourage travelers from both cities to step outside their comfort zones and visit someplace new, but it’s turned into so much more,” said Jarow. “We were able to create memorable experiences for families, culinary connoisseurs, beach and sport lovers and beyond. We’ve had a very successful month of events and we couldn’t be happier to share in and commemorate this experience with Mayor of Brighton, Lizzie Deane, Mayor Pro Tem of Santa Monica, Kristin McCowan and Visit Brighton.”

Marking the occasion, esteemed artist and Santa Monica resident Ruben Rojas created a mural, which was unveiled at the Pier on Friday. Rojas’ artwork will be on display for a limited time before moving to a permanent location in the city in the coming months.

“It was an honor to be an officiant of our two cities joining forces,” said McCowan. “We’re a great fit, seeing the commonalities and differences that make our respective cities unique and iconic is something I won’t forget, and I hope to welcome Brighton residents to Santa Monica in the near future.”