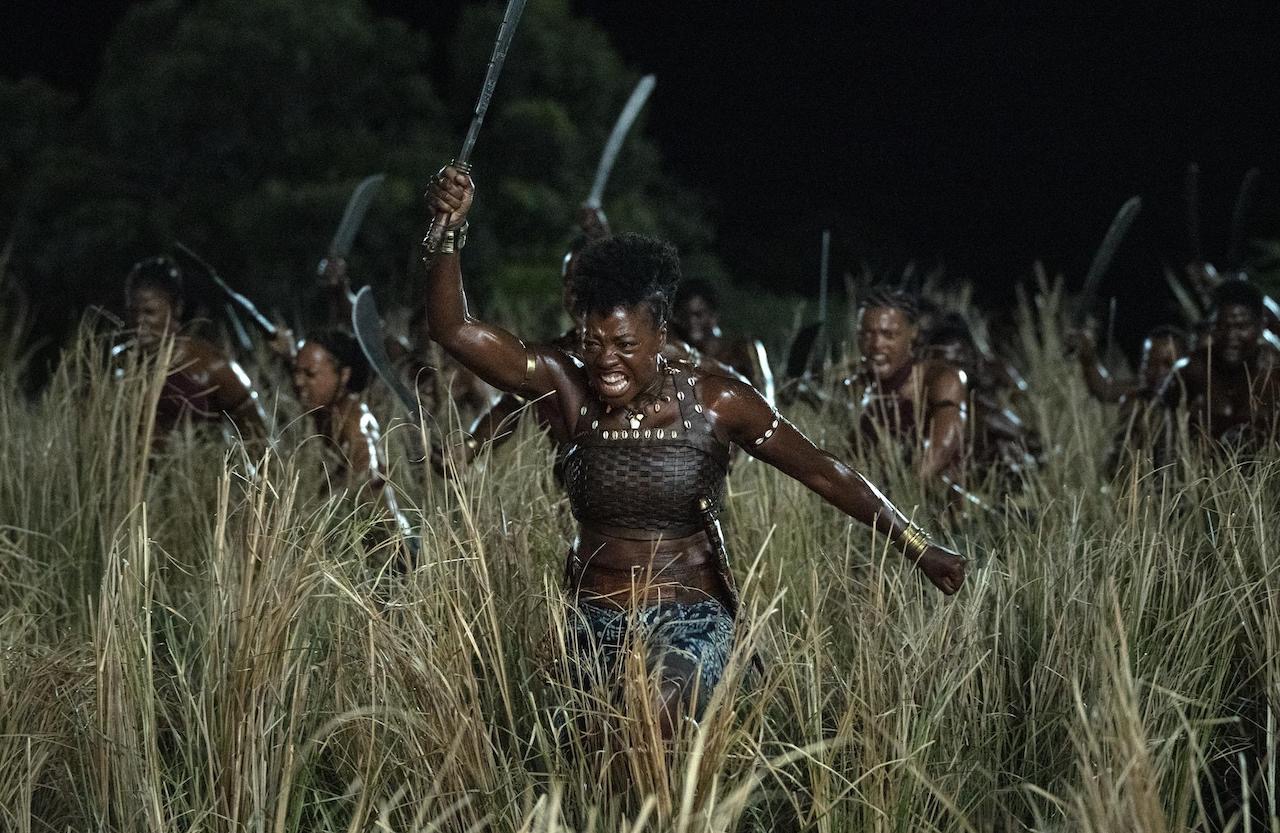 The Woman King is a drama and a superb action film based on the story of the Agojie, a highly skilled battalion of woman warriors, who protected the West African kingdom of Dahomey. That country did  exist from about 1600 to 1904, although the story does not pretend to be historically accurate in detail. There is no doubt that the intense emotional and physical spectacle is realistic, as is the depiction of the slave trade, which during that time period was an unfortunately lucrative business and kept kingdoms viable. Slave trade in those days was accepted as a part of life, and this movie exposes its horrors.

The story captures the concept, the drama, the fierce desperation and internalized emotions of those involved in the dehumanizing slave trade of the 1700’s – 1800’s. The film captures the fierce superhuman intensity of revolt. Gina Prince-Bythewood, who has performed an incredible feat in directing this movie, said that in researching the Agojie, she found that most of the histories were written by colonizers, and she had to distill their viewpoints to assess what was really happening. She enlisted the help of expert historians in order to portray the women as accurately as possible.

Twitter got in a twist because the film ignores that the governments of Dahomey and Benin traded slaves across the Atlantic during this period / and about the fact that the story was pitched to Viola Davis by Maria Bello, a white actress, and the screenplay was written by Dana Stevens, also a white writer/producer/actress. Bello came up with the idea after she visited Benin in 2015, the country now at the historical location of Dahomey. She learned the history of the Agojie and was in awe. Ethnicity does not come into play when uncovering the truth about heroism and courage. Director Prince-Bythewood and producers made every effort to include people of color in the filmmaking team. In November 2021, cast and crew flew to South Africa for a 5-month shoot.

This was an extremely difficult film to make. The filmmakers and cast navigated the extreme physical demands of the complex action and battle choreography, while expressing the passions and high drama of their characters. The difficult choreography is carried out with intensity and precision, and the cinematography and editing are Oscar-worthy. The movie never loses its rhythm. Viola Davis’s performance is mind-blowing, as are the work of Lashana Lynch and the many brilliant new faces who grace the screen. Many of the young actors are South African, and I’m sure we will see more of them in future films.

I’m guessing that ten years ago no studio or production company would have taken a chance on financing a $50 million movie about black women, shot in Africa. The Woman King is proving to be universally popular. It grossed a surprisingly strong $19.1 million at the box office its first weekend. I believe the great Chadwick Bozeman left us an invaluable legacy with Black Panther. He opened the door to Africa for the world. The Woman King is an important movie that’s not just entertainment. It lays out, front and center, the truth of the brutality that human beings can inflict upon one another in the name of power.

Kathryn Whitney Boole has spent most of her life in the entertainment industry, a backdrop for remarkable adventures with extraordinary people. She is currently a Talent Manager with Studio Talent Group in Santa Monica.