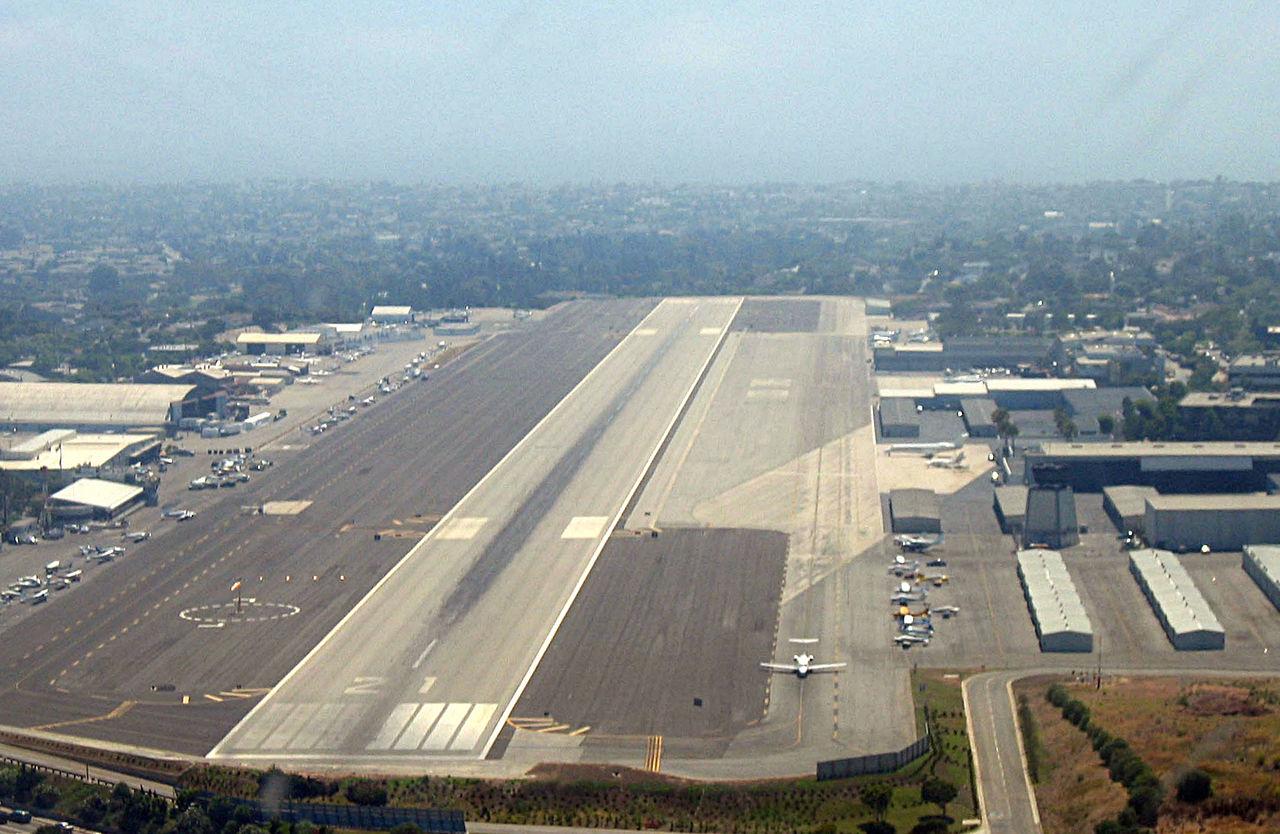 According to the Santa Monica Fire Department (SMFD), the crash was reported on the 3300 block of Donald Douglas Loop at 4:25 p.m.

In a press release, the SMFD said that the crash involved a single-engine Piper Sport airplane. The aircraft, which was operated by a local flight school, crashed and then caught fire, according to the SMFD.

“The aircraft was inbound to the airport when it touched down, made an abrupt upward maneuver before crashing in the infield,” the SMFD said in a press release.

The flames were put out by SMFD crews in less than two minutes but both passengers died aboard the aircraft.

The Federal Aviation Administration said it and the National Transportation Safety Board will investigate the incident.

According to the NTSB, the plane took off around 3:30 p.m. Thursday for an introductory flight lesson along the coast in Malibu. The airport was cleared for landing when the student and instructor were returning to the airport.

“The airplane shortly after or possibly just before touch down, pitched into the air aggressively — nose up, climbed to about a hundred feet and then rolled to the ground, where it impacted the ground,” Eliott Simpson, an investigator with the National Transportation Safety Board, told ABC News.

According to the SMFD, neighborhoods nearby were not impacted by the crash.