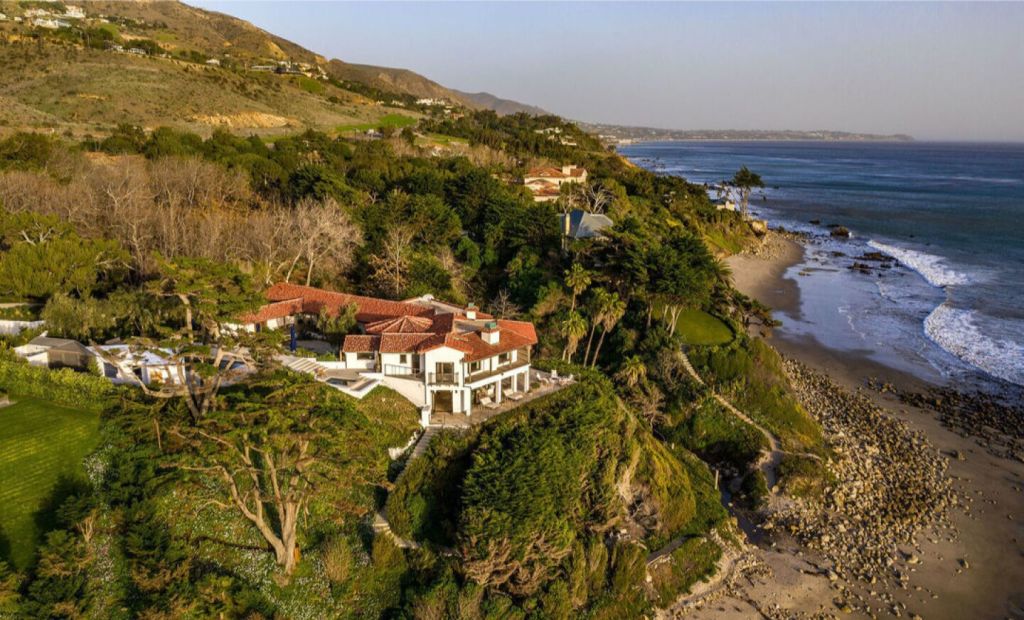 Kim Kardashian has purchased a new oceanfront home in the exclusive Malibu neighborhood Encinal Bluffs as reported by The Dirt.com. The purchase was revealed through an examination of public property records. It was an off-market deal in the amount of $70.4 million and is the largest purchase in Malibu this year as well as the fourth largest purchase in Los Angeles in 2022. Only the purchase of “The One” megamansion in Bel Aire, a Holmby Hills sale and rapper Drake’s recent acquisition of his new estate is more expensive than Kardashian’s.

The estate heralds from 1944 but has been remodeled twice, once in the 90s and once in 2016. The home’s style is of the Mediterranean villa type and was formerly part of a six-acre estate that was owned by Walter de Logi, a biotech magnate. Walter de Logi died in 2014 and the estate was sold in 2015 by his widow to former model Cindy Crawford and her husband Rande Gerber who were her neighbors for over $50 million.

After the sale, the entire six-acre estate was divided into two halves, one that was 2.8 largely vacant acres and 3.2 acres that contained the mansion. Cindy Crawford retained the 2.8-acre parcel but sold the other parcel to Adam Weiss, a former hedge fund manager from Northern California, for $45 million.

Weiss made improvements to the property with landscaping that was completed by Harrison Design. Part of the redesign of the landscaping included “redirecting the driveway, bringing in several tons of hand-selected boulders, and even using cranes to move 40-foot trees” to take the property to “the next level” and boost the estate’s Southern California style according to The Dirt.com who spoke with Jesse Harrison, Harrison Design’s senior principal.

Weiss then sold the property to Kardashian after living at the estate for a short period of time. He first listed the property in March of this year for $99.5 million. Weiss dropped the price to $90 million and accepted Kardashian’s lower number of $70 million after a few months. Kardashian’s new home is not too close to her ex-husband Kanye West’s mansion which is 14 miles away.