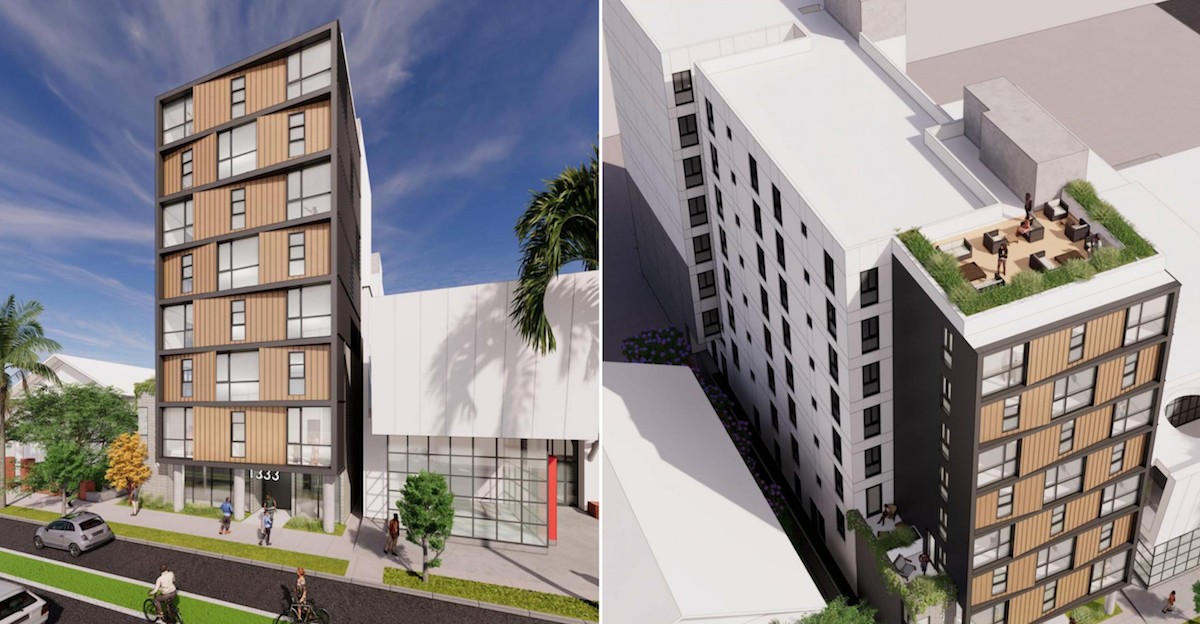 The Foundation For Affordable Housing has proposed a new affordable housing project to The Santa Monica Architectural Review Board for the property at 1333 7th Street as reported by Urbanize Los Angeles.

The site is a former dental office close to the Santa Monica Public Library on a single parcel of land. The structure would rise to eight stories and hold 38 affordable housing units that would sit above a community room with 1,000 square feet of space. The housing units would be split between one- and two-bedroom apartments ranging between 568 and 962 square feet.

The Architectural Review Board’s staff report says, “The contemporary design is highlighted by a series of angled planes along the front façade that provides movement and visual interest, while the building form and setbacks have been strategically configured to provide natural light and ventilation throughout the structure.” and Patrick Tighe Architecture is the designer of record. The exterior of the building would be made of concrete, metal panels and smooth stucco. According to Urbanize Los Angeles, the renderings of the project reveal that the project would come with a rooftop amenity deck that allows views of the western side of the building and 7th Street.