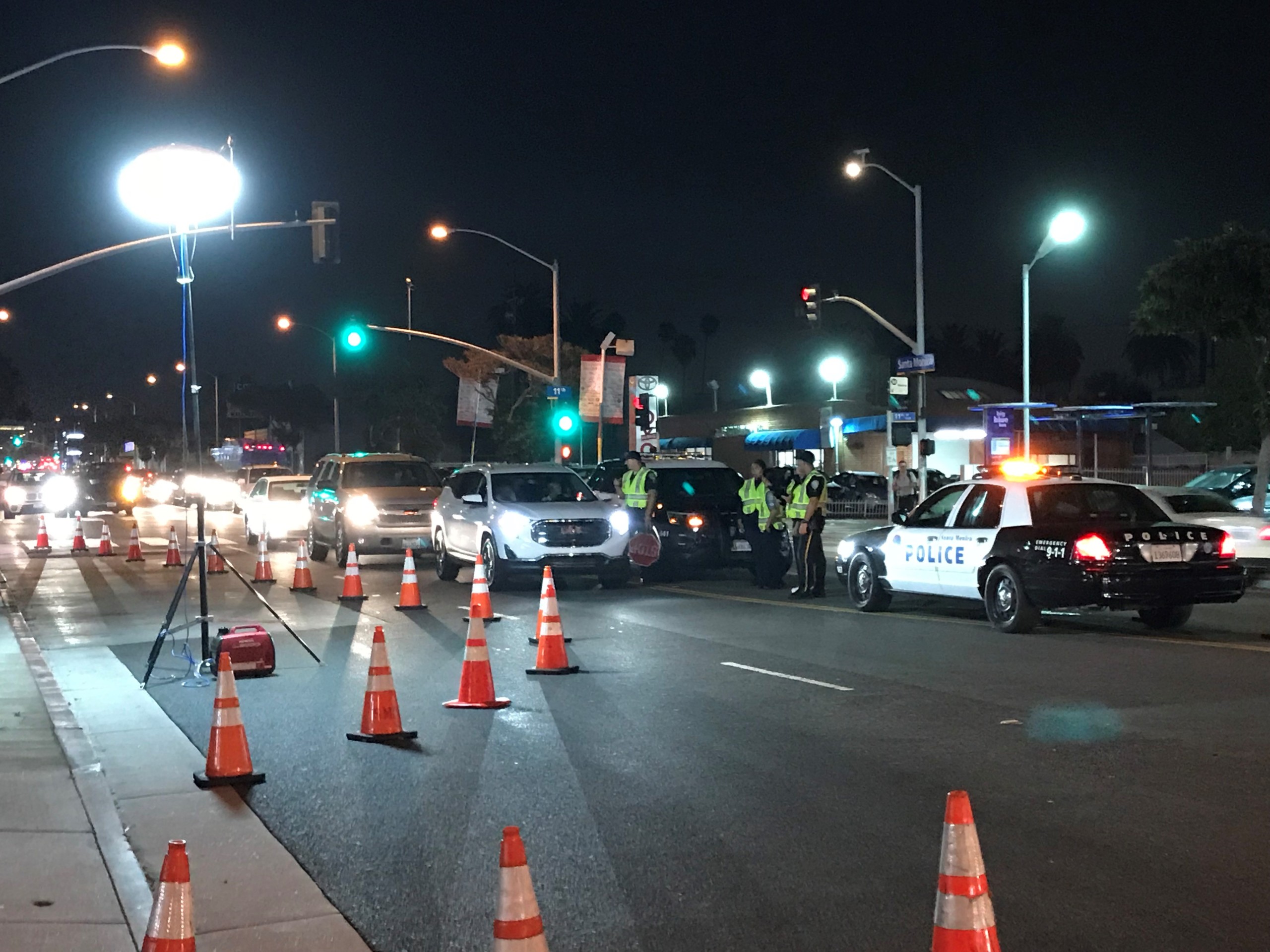 One person was arrested in a recent DUI checkpoint in Santa Monica.

On Friday, September 2, the Santa Monica Police Department (SMPD) held a Sobriety/Driver’s License Checkpoint near the 1000 block of Santa Monica Boulevard. According to the SMPD, a total of 373 vehicles drove through the checkpoint with 198 being screened. 12 Standardized Field Sobriety Tests were administered leading to 1 arrest. An additional driver was cited for driving without a license, police noted.

“DUI checkpoint locations are determined based on reported incidents of impaired driving-related crashes. The primary purpose of DUI checkpoints are to promote public safety by taking suspected impaired drivers off roads,” the SMPD said.

Funding for this checkpoint was provided by a grant from the California Office of Traffic Safety, through the National Highway Traffic Safety Administration.