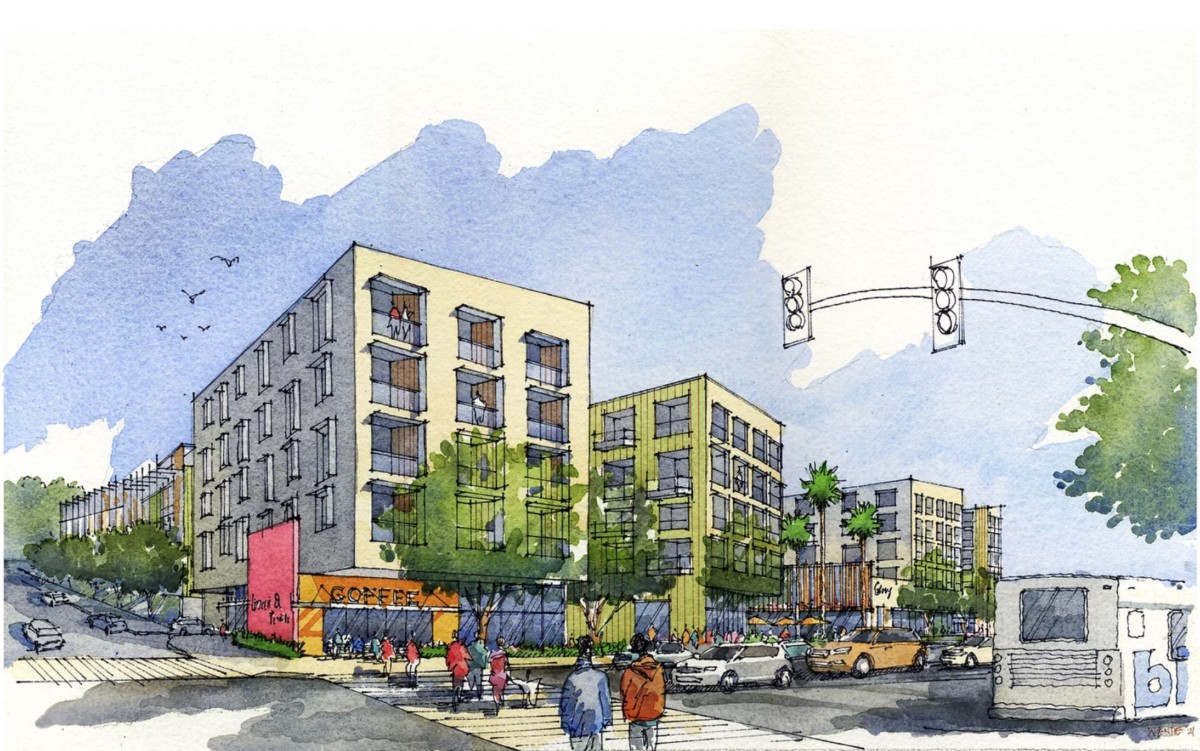 This week our SMa.r.t. column is guest written by the Santa Monica Coalition for a Livable City (SMCLC). They are a well established, concerned, and active, resident organization and we at SMa.r.t. are always interested to see, hear and share their concerns and observations.

For the past nine months, SMCLC has been monitoring the status of the behemoth project on the Gelson’s site at Lincoln and Ocean Park Blvds.  This massive project, with scant affordable housing, has generated enormous public interest and controversy. Below is the detailed email SMCLC sent last Monday to its supporters about the project.

We want to update you about our monitoring of the massive proposed development crammed onto the Gelson’s site at Lincoln and Ocean Park Boulevards. The project, if approved, would be a whopping 874,385 sq ft, almost 60% larger than Santa Monica Place on a much smaller lot!

What’s happened, to date, is unacceptable: First, behind the scenes, after telling resident leaders it had rejected the developer’s revised Application on various grounds, the City then retroactively deemed it complete without notifying the public. It then let the clock run out for the public to challenge the project’s deficiencies. Only after repeated prodding, did the City belatedly reveal these facts.

Second, the project is flawed: It double counts its density bonus in violation of Santa Monica code so as to be significantly bigger than even what’s permitted under the state density bonus law. It likewise violates our code by greatly reducing family affordable housing units for 2-bedroom apartments to only 12 units. Unfortunately, the City did not include these key deficiencies as non-conforming in its comments as it should have.

SMCLC has requested that the City reject this project until it is appropriately downsized and meets Santa Monica’s affordable housing requirements.

There is tremendous community interest and concern over the size and location of this project. Over 2,000 residents have backed a petition to oppose the current project. Community leaders, Friends of Sunset Park, and some councilmembers were keenly aware of the very limited 60-day timetable, making regular, repeated requests to the Planning Department about the application status in order to make timely substantive objections. SMCLC also met with the City Manager and notified him that we would substantively comment on project deficiencies once the City deemed the application complete.

Because this project seeks administrative approval, it is approved solely by the city’s Planning Director rather than the Planning Commission or City Council. Once Planning staff deems an application complete, the Planning Director has 60 days to raise substantive objections, including non-conformity with the City’s current development standards.

After a revised Application was submitted, the City Planning Director told community leaders at regular monthly meetings that planning staff had rejected it and the City was awaiting the developer’s revisions.

Meanwhile, the City secretly dropped its objections to the revised Application and retroactively “deemed” it complete. Thereafter, the Planning Department withheld this crucial information from the public for over a month, letting the 60-day comment period run out. During that time, in response to repeated questions about the application status, the Department stalled – with excuses that they were checking, they’d get back shortly, etc. – – until the deadline expired. (Note: City planners are expected to uphold the American Planning Association Ethical Planning Principles, which require them to: “recognize the rights of citizens to participate in planning decisions;” to “give full, clear and accurate information on planning issues;” and to “not misrepresent facts or distort information for the purpose of achieving a desired outcome.”) https://www.planning.org/ethics/ethicalprinciples/ In previous years, these basic tenets were prominently posted on the City’s website, presumably to further public respect for the planning process.

When SMCLC learned that the City had foreclosed substantive public comments until AFTER the 60 days had run, we sent this letter to the City, demanding additional time to respond until September 12, 2022 and on that date we served our substantive objections discussed below. http://smclc.net/PDF/220815CityofSM-CompleteApplication.pdf

The Planning Department did not inform the developer of two issues that SMCLC believes are vital. It did not object to how the project’s density bonus was calculated nor deal with the developer’s improper waiver of substantial family affordable housing under our city codes.

City Misapplies Its Own Code, Allowing the Developer
to Double Count Its Density Bonus and Build a Bigger Project
along with Eliminating Family-sized Units.

In our latest letter, SMCLC objected to the developer impermissibly double-counting the density bonus it is entitled to, which would add 75,000 square feet to what is already a massive project.

Likewise, the developer is not entitled to waive the code requirement for 2-bedroom affordable housing units and replace most of them with one-bedroom units. It cannot, on the one hand, rely on the Affordable Housing Production Program in order to double count its density bonus to build such housing while it then seeks relief from actually having to comply. The need for family affordable housing is acute in Santa Monica and a project of this size should NOT be allowed to dramatically reduce it to increase its own profits. Here is SMCLC’s letter that the City has not yet answered: http://smclc.net/PDF/220912CityofSM-Nonconformity.pdf

If you agree, please write to our Planning Director
at david.martin@santamonica.gov and our City Manager
at david.white@santamonica.gov and copy our City Council
at council@smgov.net and tell them what you think about this project, the flawed process, and what should happen now. They need to know that residents are watching and concerned. Here are some talking points for an email.
As always, thank you for your support.

Victor, Diana, Sherrill and Jeff
Please forward this email to your friends and neighbors to sign up for updates and join in our efforts.

Thank you Victor, Diana, Sherill and Jeff, for all the hard work you do on behalf of our beach community, in the best interests of its residents and visitors, and of the region, in maintaining a livable and sustainable city.