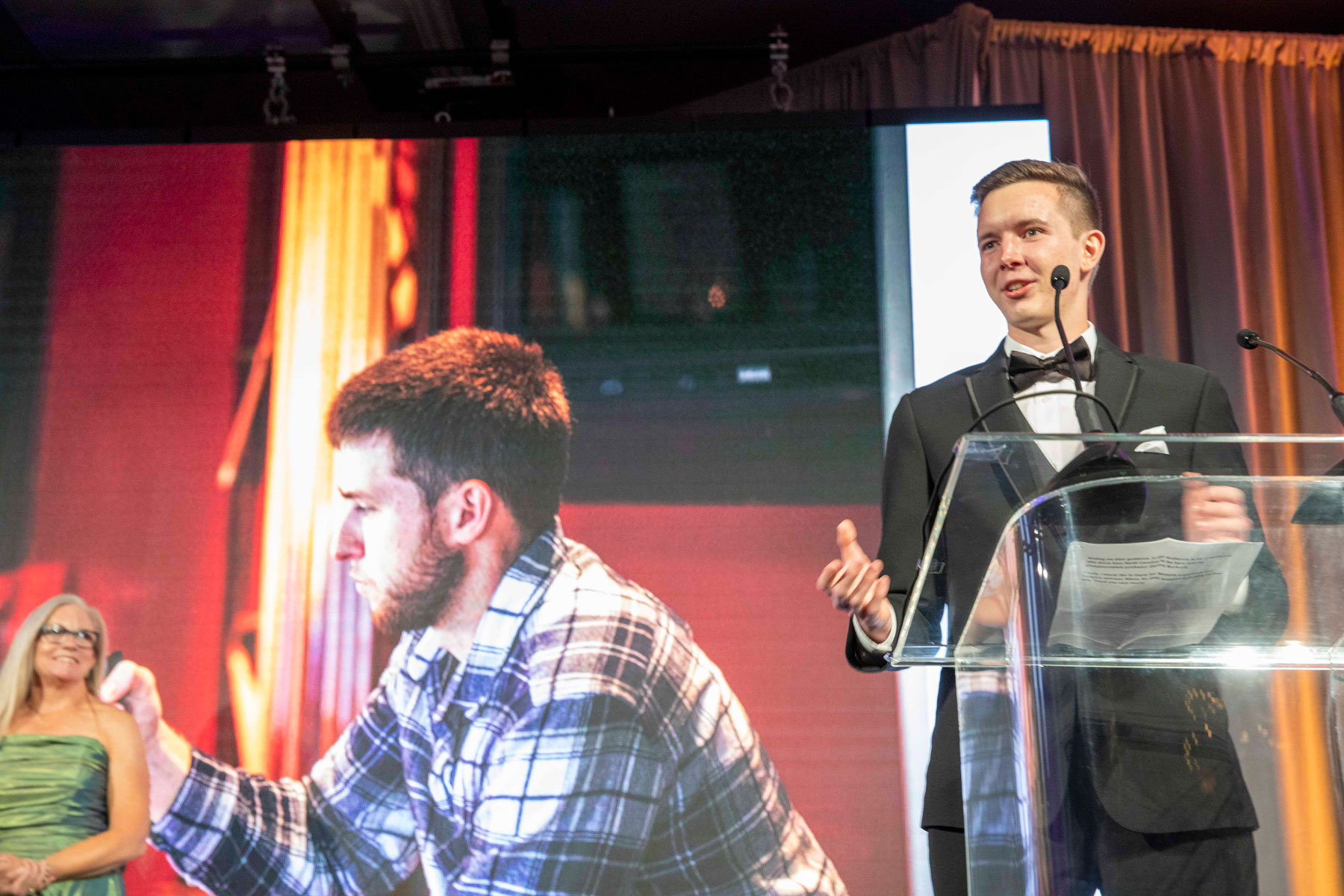 Ethan Swope, a Santa Monica College (SMC) film major and a contributor for SMC’s student-run media outlet The Corsair, was named the 2022 White House News Photographers Association (WHNPA) ‘Eyes of History’ Student Still Photographer of the Year winner. Swope received the award at a gala held Sept. 10, in Washington, D.C., with his win announced earlier in February by the association. Lucas Pruitt of the University of North Carolina at Chapel Hill was named the WHNPA Student Video Photographer of the Year.

“This award means so much to me and I am honored that my work was recognized by the White House News Photographers Association,” Ethan Swope said. “I am excited to continue pursuing journalism, here at Santa Monica College under the guidance of Corsair photo adviser/photojournalism professor Gerard Burkhart, and beyond.” Speaking of his winning portfolio, Swope added, “I could not have accomplished this honor without the trust the subjects who are in my photos gave me.”

The judges for the WHNPA 2022 ‘Eyes of History®’ Student still photography competition were Jabin Botsford of The Washington Post; Elizabeth Frantz (independent); and Stefani Reynolds of AFP (Agence France-Presse).

Pursuing a major at SMC’s award-winning film program, Swope began practicing photojournalism in his Marin County high school. While his work—and camera—has taken him all over the world, documenting places and communities he would not have been able to, otherwise, Swope notes that being in Ukraine was particularly moving. But it was his work covering California wildfires that “hit home.” “Being a California native and seeing the impacts of climate change, and documenting it, is moving,” he said, “because the situation is only going to get more extreme.”

“Ethan represents how far a student can go when they are self-motivated,” said Burkhart. “Most of his award-winning work was from during the pandemic, when a vast majority of students were learning remotely. Ethan thrived covering major local and world events, and is an inspiration to an already inspired group of Corsair editors, photographers and writers.”

Burkhart added that the WHNPA photo show featuring Swope’s work is expected to be on display in Santa Monica College’s library on its Main Campus, after Thanksgiving. More details are forthcoming.

“Swope had a great consistent style that shined through the range of stories,” said Jabin Botsford. Elizabeth Frantz added that his win “had the most consistent vision,” and there was “a diversity in stories, with strong singles to compliment,” noted Reynolds.

“Ethan’s photojournalism expertise adds to the deep pool of talented SMC journalism students on staff,” said Sharyn Obsatz, one of the Santa Monica College journalism professors advising the student newsroom. “Professors serve as coaches, but the students truly learn so much from each other, and Ethan has a wealth of experience to share.”

Full results from both contests are available on the WHNPA website at whnpa.org/the-eyes-of-history. For more information on the association, please contact Whitney Shefte at president@54.85.141.172 or executive director Heidi Elswick at heidi@54.85.141.172 (301-606-8251). For further information about ‘The Eyes of History®’ and to view the winning images and videos, visit the WHNPA website at whnpa.org. The WHNPA is sponsored in part by Nikon and Tiffen.