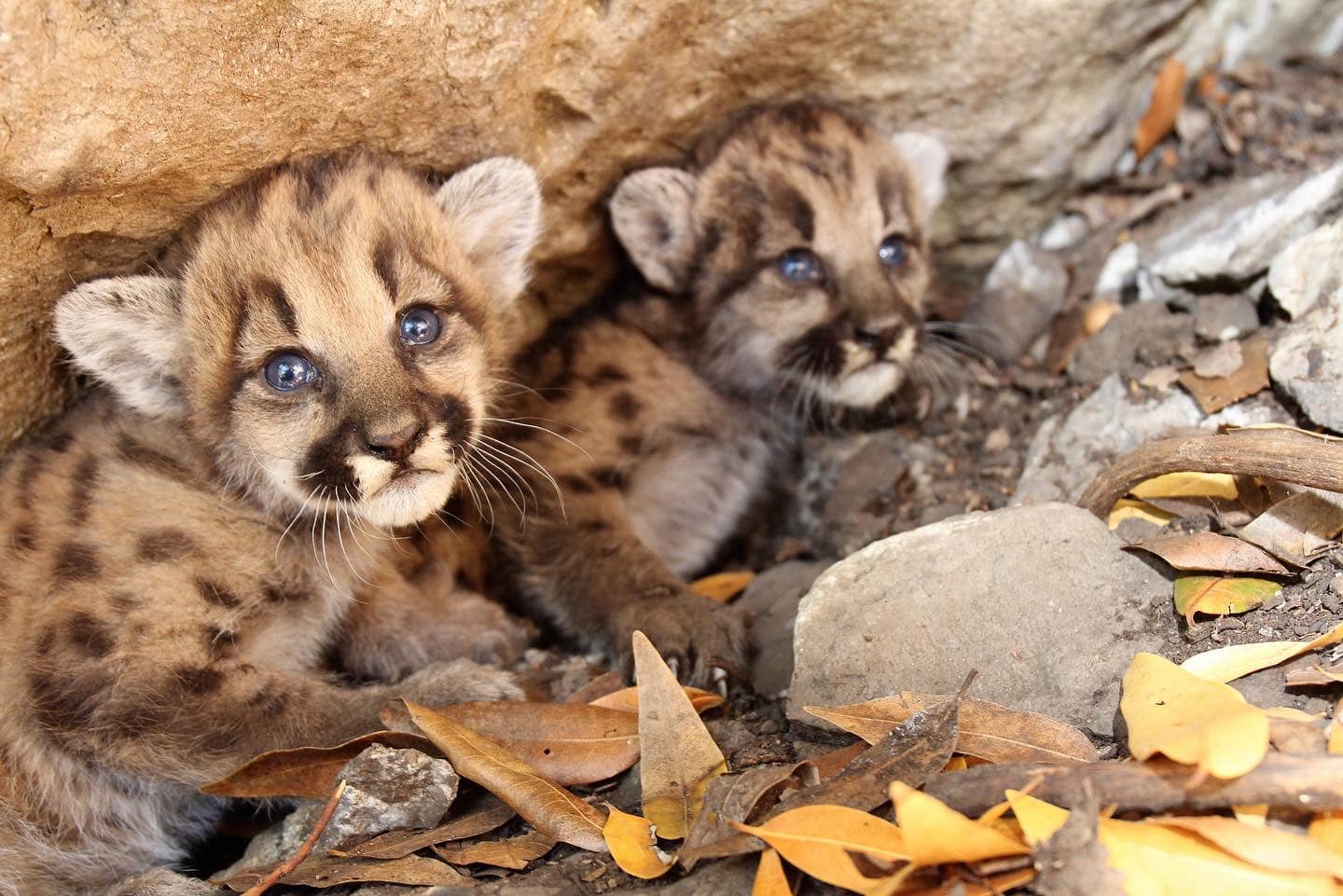 According to the NPS, when she was first captured back in January of 2020, she appeared to have lactated in the past meaning she likely has had a previous litter.

NPS biologist noted that female mountain lions can have their first litter at two to three years old and will raise their kittens for one to two years, after which point, they will breed again. Adult males do not help in the rearing of kittens.

Biologists visit the den to tag kittens while the mother is away.

“Each visit to a den by a biologist occurs while the mother is away hunting for food, feeding, or just resting. A biologist will track her movements via telemetry, while colleagues approach the den area. Once the den is found, the researchers will conduct a full workup on the kittens a short distance away from the den and place them back at the den when finished. This typically takes less than an hour,” the NPS said.

During the visit, the biologists perform a physical exam, determine the sex of each kitten, take various body measurements, including weight, obtain biological samples, and place one uniquely numbered and colored ear tag in each of the kittens. This tag helps to identify them in the future with remote cameras and when recaptured for the placement of a radio-collar. The kittens are all returned to the den before their mother comes back.