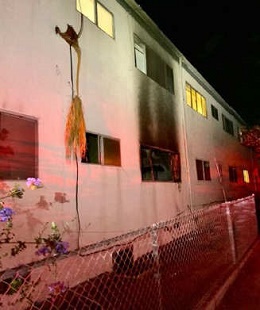 Cause of Thursday blaze remains under investigation

According to the Santa Monica Fire Department (SMFD), the incident was reported on Thursday around 10 p.m. on the 1400 block of 17th Street.

Firefighters arrived to find a “well-developed” fire in one unit of the apartment complex.  SMFD crews began an “aggressive” suppression effort and contained the fire to the unit of origin.

According to the SMFD, the blaze – which inflicted minor smoke damage to the unit above– originated in a bedroom. The cause of the fire remains under investigation. The two residents in the damaged unit were displaced by the fire.

All residents were able to evacuate the six-unit apartment building and there were no reported injuries, according to the SMFD.