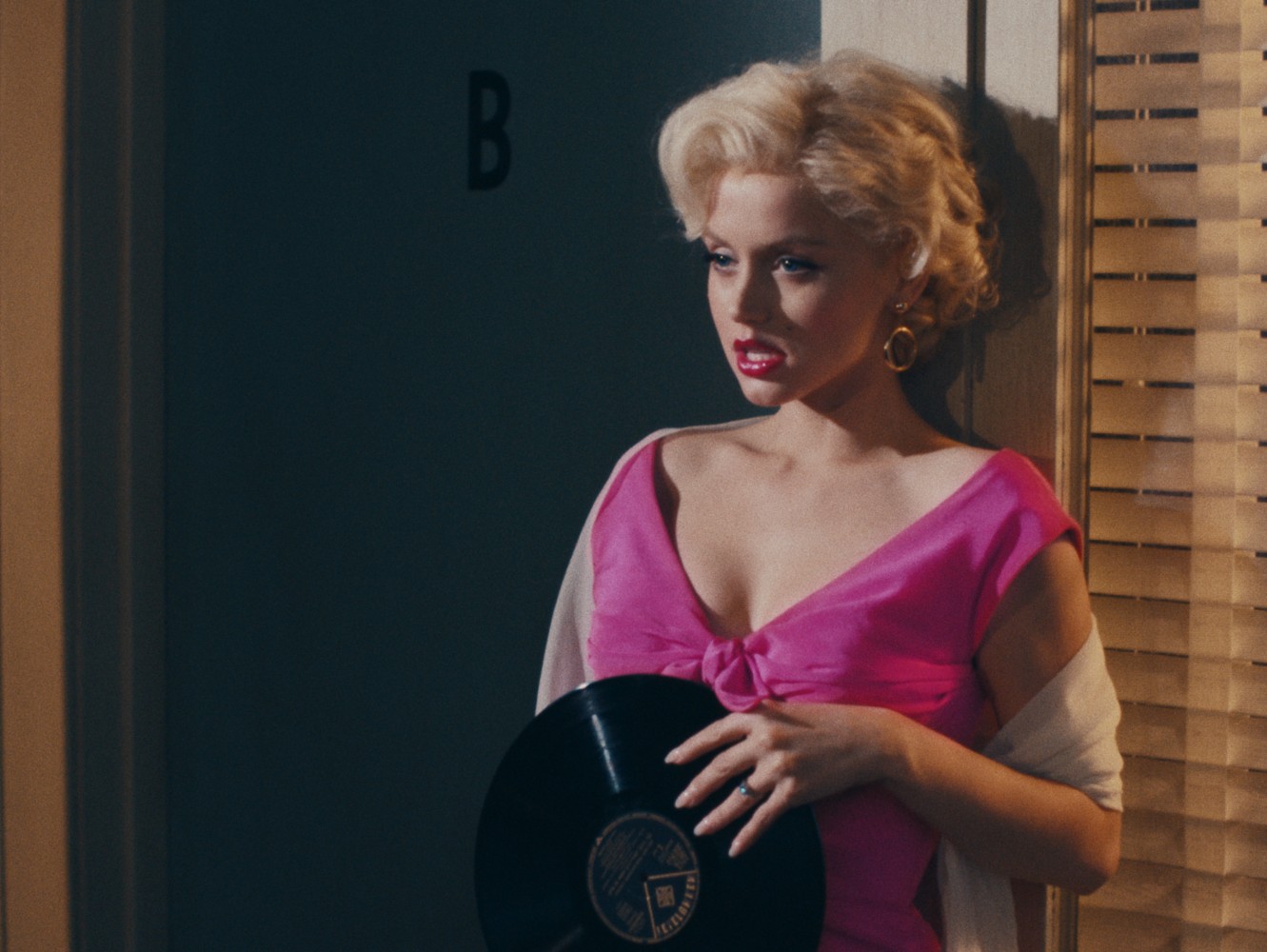 “Blonde” is not a biopic. It’s director Andrew Dominik’s concept of Marilyn Monroe, based on the novel Blonde by Joyce Carol Oates. I contend that Marilyn was not the victim that is portrayed in this movie, and it’s not the fault of Ana de Armas, whose performance as “Marilyn” / “Norma Jeane” is astounding. De Armas turns on the “switch” to become the captivating movie star just as the icon herself was able to do, to shape-shift in a split second. She absorbs Marilyn’s character so completely that at times you will forget you are not watching the actual Marilyn. De Armas noted that sometimes she felt as if Marilyn was watching the filming.

No one can describe this magical “sleight-of-image” that Marilyn was able to master better than Amy Greene, the wife of Marilyn’s personal photographer, and what Greene relates first-hand is important in understanding this complex and extraordinary person: “I’ll never forget the day Marilyn and I were walking around in New York City, just having a stroll on a nice day. She loved New York because no one bothered her there like they did in Hollywood, she could put on her plain-Jane clothes and no one would notice her. She loved that. So, as we were walking down Broadway, she turns to me and says, ‘Do you want to see me become her?’ I didn’t know what she meant but I just said ‘Yes’ –and then I saw it. I don’t know how to explain what she did because it was so very subtle, but she turned something on within herself that was almost like magic. And suddenly cars were slowing, and people were turning their heads and stopping to stare. They were recognizing that this was Marilyn Monroe as if she pulled off a mask or something, even though a second ago nobody noticed her. I had never seen anything like it before.”

The ability that Marilyn had to completely transform herself was a skill born of great pain and Olympian perseverance. In addition to the instability of her childhood, growing up with a single mother with severe mental health problems, she endured extreme physical and psychological burdens that were not visible to the public. Lois Banner, in her book entitled Marilyn: The Passion and the Paradox says, “She suffered from dyslexia and from a stutter more severe than anyone has realized. She was plagued throughout her life by horrible dreams that contributed to her constant insomnia. She was bipolar and often disassociated from reality. She endured terrible pain during menstruation because she had endometriosis. She broke out in rashes and hives and eventually came down with chronic colitis, enduring abdominal pain and nausea. She surmounted all this, in addition to the well-known problems of her childhood – a mother in a mental institution, a father she never knew, and moving between foster homes and an orphanage. Then there were the drugs she took to cope, once she entered Hollywood and had to endure its pressures: she especially took barbiturates to calm her down; amphetamines to give her energy.” And we know these drugs eventually led to her suicide in 1962.

However, this huge burden of mental and physical pain gave her incredible mental strength. She created an alternate persona, who rose above her earthly mental and physical stress. This “imaginary friend,” built from survival instinct, balanced out her life, completed her and was a dazzling image that will forever be unmatched. She was a female Superman/Clark Kent, and we are all the richer for it. She wrote self-help articles for women on improving their image, health and beauty. In no way was she a victim, as portrayed in “Blonde”.

Marilyn/Norma Jeane had mind-blowing power, incredible imagination and was highly intelligent. She was self-made, not a construct of movie directors and producers. If you go into this movie with that in mind and watch it for De Armas’ amazing work, it will be worth your time.