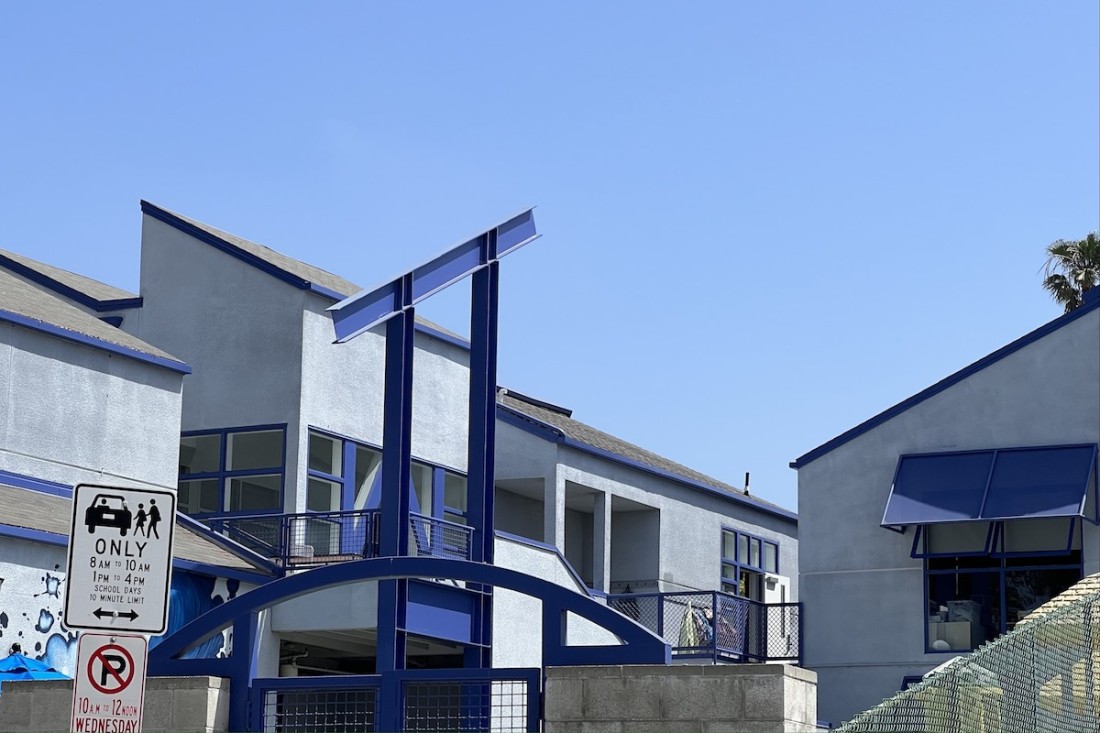 The Santa Monica-Malibu Unified School District’s (SMMUSD) continues to face backlash over their handling of the water intrusion and mold issues at the John Muir Elementary School and SMASH campus. A group of concerned parents and residents took their grievances to the SMMUSD office last week, holding a rally outside of the offices.

Per the group’s press release, “On Thursday, October 6th at 5:00 p.m. parents, students, teachers and community leaders held a press conference and parent rally at the headquarters of the Santa Monica Malibu Unified School District (SMMUSD) Board of Education at 1651 16th st, Santa Monica, CA to express concern for the untimely closure of John Muir Elementary school. John Muir was abruptly closed following the District’s announcement that toxic mold found at the school presented a health risk to students and staff. The school closure forced the dispersal of 280 students and 42 staff to various schools within the SMMUSD school district.”

For their part, the parents and others who held the rally at the SMMUSD offices allege that “SMMUSD school district officials knew about the mold problem for years yet incumbents running for re-election refuse to turn over any emails related to the matter in PRA requests. They further allege that John Muir Elementary had the highest concentration of lower-income students and has not received proper support from SMMUSD.”

Miles Warner, a parent, and candidate for the school board said, per the press release,  “If you don’t listen when your employees tell you there’s mold, the problem gets worse and you end up spending millions on mitigation and lawsuits. That’s exactly what’s happening, and it’s our kids who suffer. It’s indicative of the fundamentally problematic culture of our school board and district management. The mold was known about for years and not addressed. Kids got sick and now the school is closed and we don’t know when we’ll get our neighborhood school back.”

Jon Kean, a SMMUSD school board member responded with a statement via email,

“The school district and Board have been very attentive to the facility concerns at Muir/SMASH over the recent years and while repairs did yield short-term positive results, it became clear that the physical problems ran deeper. The District brought in a nationally recognized consultant to get to the bottom of the problems. Upon reading the subsequent report and the clarity of needs, the District and School Board took immediate and decisive action to close the campus and relocate students to other schools and campuses. It is never an easy decision to move students or temporarily close a campus but it was the right decision. The District and Board were clear: we will fix the facility issues once and for all and reinvigorate the campus as a vital neighborhood school. There has been and will continue to be clear and open communication and collaboration with families and stakeholders as we proceed on what we expect to be a two-year journey. It is a shame that while Muir, SMASH, and other elementary campuses throughout SMMUSD have accepted this temporary disruption to their school’s routines and have embraced the challenges for the benefit of students, others in the community are sadly using this complicated time to score political points against the school district with students as their pawns.”

SMMUSD  Community & Public Relations Officer Gail Pinsker said via an emailed statement, “There is a water intrusion problem, not a mold infestation problem, at the school and some mold was discovered at that time. This campus is the newest campus of our 15 school sites in Santa Monica and Malibu.”

As part of the September SMMUSD Wave update, they state, “The SMMUSD Board of Education approved an architectural design services contract in early September as the next step of the repair project at the SMASH / Muir campus. This project is necessary due to long-standing major water intrusion issues, and mold and termite concerns.”

On October 4, Dr. Ben Drati, Superintendent of SMMUSD, assured parents in the school system that there would be a return to neighborhood schooling in the John Muir/SMASH area. His statement reads, “There will be a renewed and restored neighborhood school once the necessary work is done on the affected buildings to ensure that the facilities are safe and ready to welcome students and teachers back. Beginning in early November, we will commence meetings with a committee of parents and staff from Muir and SMASH where we will be ready to discuss programs and opportunities for the renewed Muir / SMASH campus. More information will follow about this phase soon. Please rest assured that the process will be an inclusive one.”

The September letter update from the SMMUSD Wave reveals the length and cost of the repair at the John Muir/SMASH campus, “These significant issues necessitated the relocation of all students and staff for this school year so that extensive building repair may be expedited. The repair project is expected to take two years and estimated to cost nearly $20 million.”

It is clear that some local parents and residents are concerned about how the renovation is being handled and the effects of relocating the students of John Muir Elementary to multiple campuses around the Santa Monica area.

John Muir parent and local civil rights and disability rights attorney, TJ Hill rebuts SMMUSD’s contentions, via an emailed statement, “Our beloved John Muir Elementary has long been underfunded, under-resourced and neglected by the SMMUSD. Despite this inequitable treatment, the parents, teachers and students, with the support of our local neighborhood, have built John Muir into a vibrant and unique learning community — a true neighborhood school. After years of facility neglect, our school was unceremoniously taken from us in a process that served to confuse, disempower and disenfranchised the members of our community, many of whom are already marginalized. We have had enough of the inequitable treatment, broken promises and vague plans for the future of our school. We implore Superintendent Dr. Ben Drati and the SMMUSD Board of Education to commit to a defined and purposeful plan to rebuild and reopen John Muir Elementary as a fully resourced neighborhood school — to bring equity to a community that has for too long been ignored.”