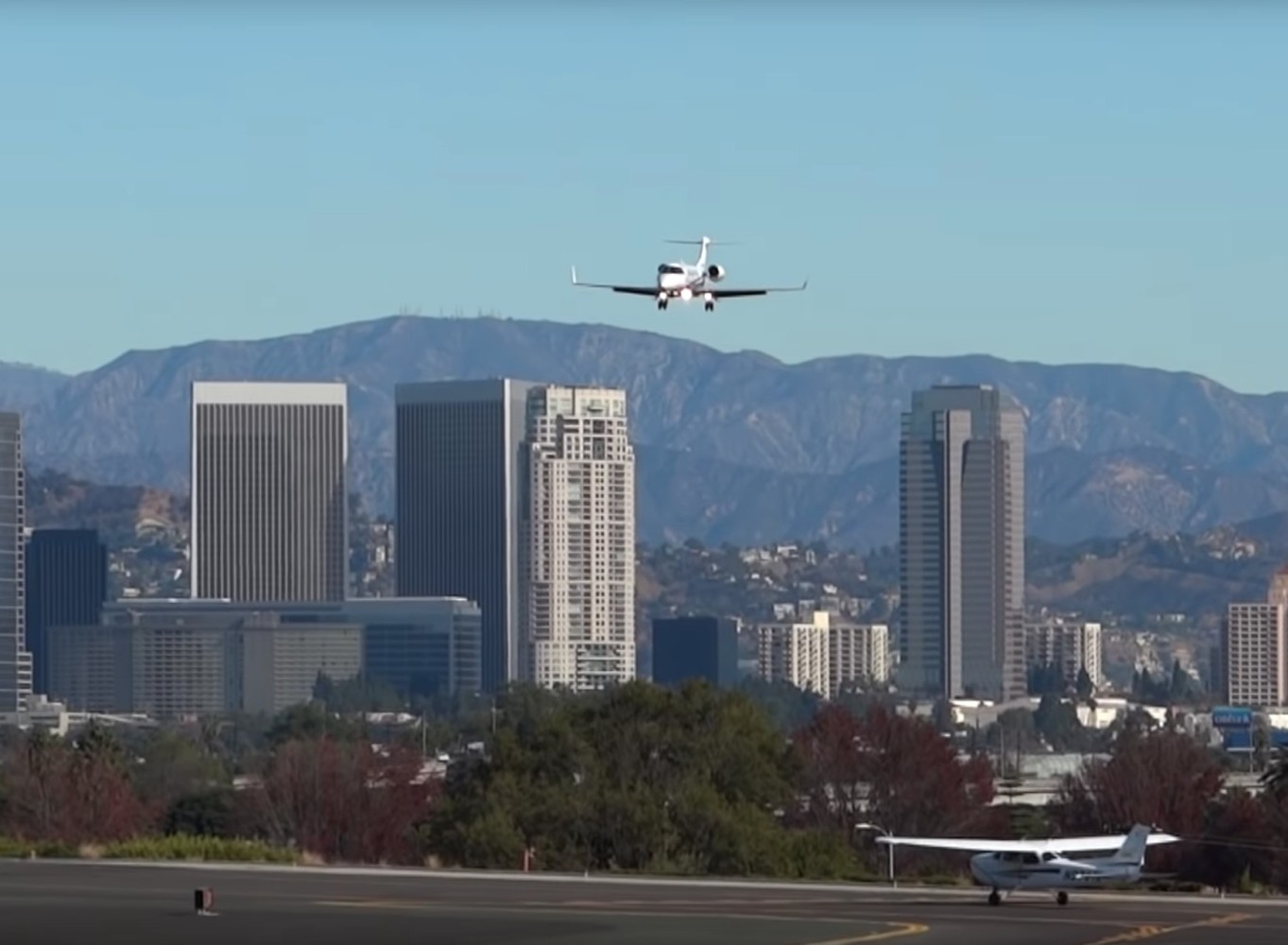 Eve Lopez worries that if a proposal to slightly change the route of incoming LAX-bound airliners takes effect, the noise of planes passing overhead at an altitude of 7,000 to 9,000 feet will impact 700 additional Santa Monica residents.

That worry seems ludicrous given that Ms. Lopez, a recreational pilot, flies her noisy Grumman piston-propeller plane a few hundred feet over thousands of homes in Sunset Park, Ocean Park, and other Santa Monica and Los Angeles neighborhoods — for fun.

She also claims that the city is remaining “mum” on this proposed minor route change for LAX-bound airliners, even though that topic was included in an Airport Commission agenda at a City Hall meeting that was open to the public.

If Ms. Lopez were truly concerned about the proposed route change, and actually knew about it before it was brought to the Commission by city staff (since she seems to think that pilots automatically know what’s happening at the LAX Community Noise Roundtable), she could have brought it to the attention of the Commission herself. Instead, she chose to write a letter to the editor.

Commercial airliners flying into LAX from the north cross the shoreline over Santa Monica, head east over Downtown LA, and then make a U-turn and merge into the westbound landing approach to LAX.

Their descent follows a Continuous Descent Approach (CDA). The aircraft remain at their normal cruising altitude of about 35,000 feet to save fuel in the thinner air until they near the airport. With engines idling and the help of gravity, the aircraft descend gradually, using less fuel to minimize costs. The standard CDA is along a 3-degree decline, descending about 1,400 feet per 5 miles.

Following this trajectory, the aircraft are at least 25 miles away from touchdown at LAX when they pass over Santa Monica at altitudes of about 7,000 feet. Thus, the SMO airspace below, at just 2,500 feet, has no impact, and they would still fly over at 7,000 feet even if Santa Monica Airport were closed.

As for the makeup of the Airport Commission, it has a long history of having both men and women members. Currently serving is a retired Air Force Major. A recent member was a decades-long military flight instructor and airfield manager.

The Commission’s focus is on the airport’s relation to the city and its residents, including the overwhelmingly negative impacts of noise, the physical danger to homes, and pollution from both leaded fuel and jet fuel.