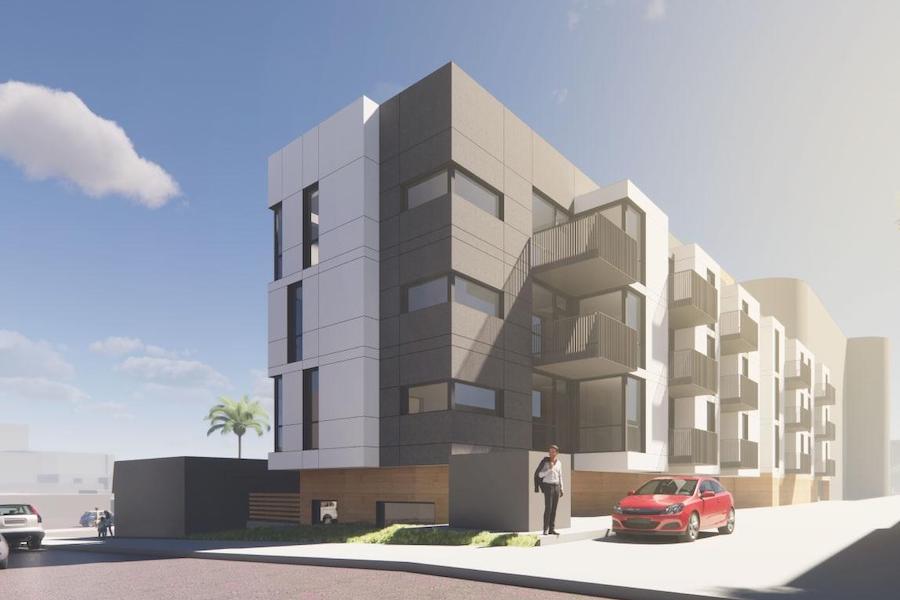 Cypress Equity Investments (CEI) has made a presentation to the Santa Monica Architectural Review Board as reported by Urbanize Los Angeles regarding their plans for 2025 Wilshire Boulevard.

CEI’s plans call for a mixed-use development that would be built on the oddly shaped site on Wilshire near 20th street. The developers want to demolish the buildings that are currently on the site, that house Chipotle and Veggie Grill restaurants in the L-shaped area.

This new structure would hold 46 studio, one, two, and three-bedroom apartments in a four-story building with a two-story 100-vehicle underground parking lot and 5,113 square feet of commercial space on the first floor. None of the apartments on site would be affordable housing, the requisite affordable housing would be located at 1211 19th Street and consist of seven units.

The designers of record for the development at 2025 Wilshire are DFH Architects and DLR Group. The plans for the structure show that the building has a planned rooftop amenity deck and the exteriors would be made of wood-colored metal rain screens and white stucco.