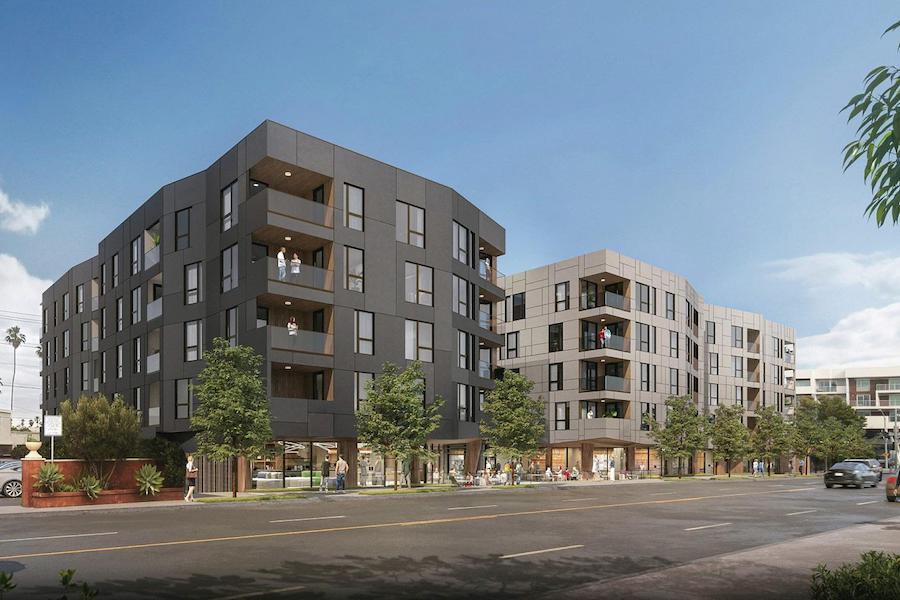 Cypress Equity Investments (CEI) presented fresh renderings for a new project to the Santa Monica Architectural Review Board that is close to the Expo Line and its last station on the Westside as reported by Urbanize Los Angeles. The site is 1527 Lincoln Boulevard and it is proposed as a mixed-use five-story building that would hold 114 apartments, studio, one, two and three-bedroom units, that would sit above 8,840 square feet of commercial space on the first floor. The building would also have an underground parking garage that would hold 100 vehicles.

1527 Lincoln is being designed by Ottinger Architects. The building’s plans show two buildings that are connected by a rooftop deck with a courtyard on the ground floor. The exteriors are made of fiber cement panels, metal, plaster and wood paneling.

The Santa Monica Architectural Review Board staff report says, “The contemporary design is conceived as solid forms with punched openings, recessed balconies, chamfers, and cuts that give the project a sculptural quality. The linear court extends from Lincoln Boulevard to the rear alley, breaking the development into two distinct forms as viewed from the street. The angled and chamfered building façade along Lincoln Boulevard provides movement to the building, and the screen at the south façade enhances this sensibility within a lighter framework.”