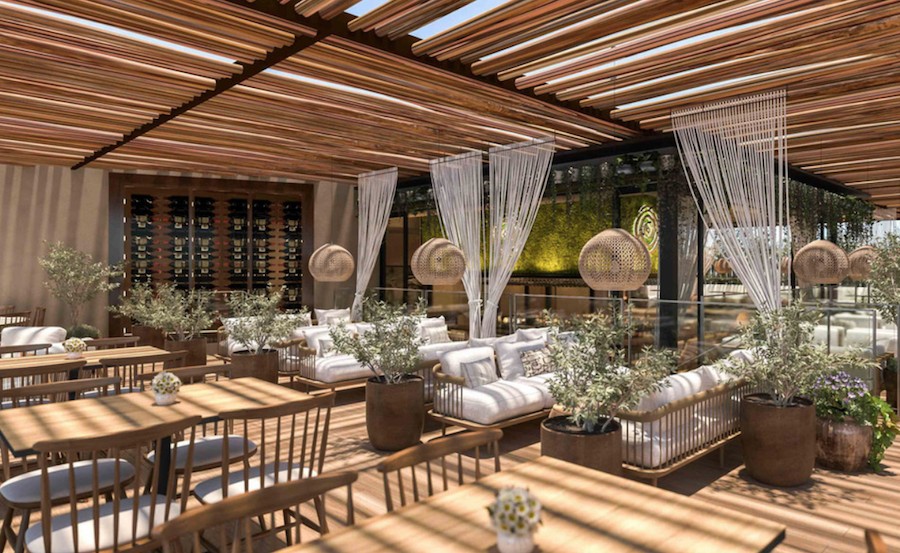 A new restaurant on the rooftop deck of Santa Monica Place brings the French Riviera to the Westside of Los Angeles.

The menu centers around European dishes with a California flair, such as buttery escargot, lobster linguine, and steak with Frites, all prepared with organic and local ingredients. Specialty cocktails include the Saint Tropez Rosé Spritz, the ‘Oh La La!’ which features Don Julio Blanco with watermelon and yuzu citrus and the ‘Oui’ which includes Union mezcal with cucumber, lime and fire water.

The concept behind LouLou began ten years ago when Erik and Florence Chol traveled to Los Angeles, visited Santa Monica Place on their travels for fun and loved it! Eight years later with the desire for a new project, a realtor had suggested the now LouLou location that was visited years prior. With proximity to the pier as well as the attractive Santa Monica atmosphere, this location was perfect for a concept like LouLou to bloom.

“The French couple wanted to bring an authentic French dining experience to California and they’ve strived and succeeded in creating a memorable dining experience while crafting LouLou, with hospitable staff interactions, live music and detailed lighting, producing an exquisite and unforgettable aura for diners,” reads a press release from the restaurant.

The rooftop space can also be booked for private events, including weddings and birthdays.

To learn more about the restaurant and view the menus, visit loulousantamonica.com.